Washington shies away from open declaration to defend Taiwan

Washington shies away from open declaration to defend Taiwan 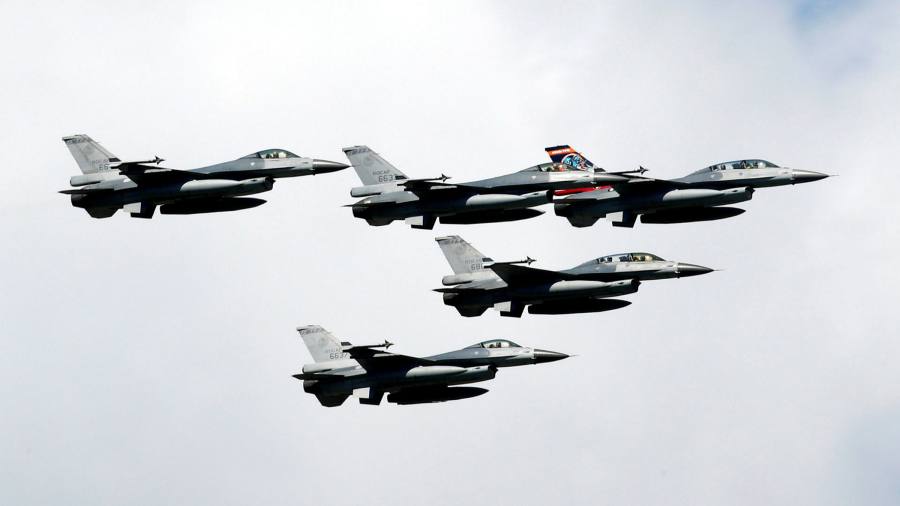 The top White House Asia official has warned that any declaration that the US would defend Taiwan from a Chinese attack would carry “significant downsides”.

Washington has for decades maintained a policy of “strategic ambiguity” regarding Taiwan, designed to discourage Taipei from declaring independence and China from taking military action to seize the country. Beijing claims democratic Taiwan as part of its sovereign territory.

Some experts have called for a shift to “strategic clarity” to make clear to Beijing that the US would defend Taiwan. But Kurt Campbell, the White House Asia tsar, said such a shift entailed risk.

“There are some significant downsides to . . . strategic clarity,” he told the Financial Times Global Boardroom conference on Tuesday.

“The best way to maintain peace and stability is to send a really consolidated message that involves diplomacy, defence innovation and our own capabilities to the Chinese leadership, so they don’t contemplate some sort of ambitious, dangerous provocative set of steps in the future.”

China’s aggressive military activity and growing defence capabilities warrant a stronger message from Washington, some analysts have argued. But others have contended that the response could trigger an undesired outcome. China has warned the US about crossing a “red line” over Taiwan.

Avril Haines, director of national intelligence, recently said China would view a policy shift as “deeply” destabilising. “It would solidify Chinese perceptions that the US is bent on constraining China’s rise, including through military force, and would probably cause Beijing to aggressively undermine US interests worldwide,” she said.

But David Sacks, a fellow at the Council on Foreign Relations who supports a change, said there was “significant downside to strategic ambiguity”, which was created at a time when China did not have the military capability to assault Taiwan.

“US policy must recognise that deterrence is eroding and it must adapt to China’s growing capabilities,” he said. “China’s actions in Hong Kong show that western criticism and sanctions are not enough to shape its behaviour. Strategic clarity would convey to China the seriousness with which we take the question of Taiwan’s future.”

Concerns have mounted as China has flown more warplanes into Taiwan’s air defence identification zone over the past year, in what has become almost routine activity. Last month, the People’s Liberation Army sent a record 25 military aircraft into the south-western corner of Taiwan’s ADIZ.

Analysts said the flights were aimed at intimidating Taipei and exhausting its air force, which is forced to scramble jets in response.

In his final congressional appearance in March before retiring as head of US forces in the Indo-Pacific, Philip Davidson said he was worried that China could attack Taiwan within six years. He also said that while strategic ambiguity had helped preserve the status quo for decades, “these things should be reconsidered routinely”.

Days later, a senior US official told the FT that the administration thought China was flirting with the idea of taking military action.

Asked whether the world should be preparing for possible conflict over Taiwan, Campbell played down the risk, saying the Chinese military activity was an effort to “turn the screws” on Taiwan.

But Elizabeth Economy from the Hoover Institution think-tank, who spoke on the panel alongside Campbell, said she was increasingly concerned.

“One thing that you can learn about Xi Jinping from reading all of his speeches and tracking his actions is that there’s a pretty strong correlation between what he says and what he does,” Economy said.

Ryan Hass, a China expert at the Brookings Institution think-tank, said Campbell’s statement was important because there were “few issues . . . upon which precision of language carries greater consequence than Taiwan”.

“Campbell’s reiteration of longstanding policy signals that steadiness and firmness will remain the order of the day for dealing with Taiwan issues,” Hass said. “His comments should limit future freelancing on Taiwan policy by US officials.”

Video: Will China and the US go to war over Taiwan?
Prev Post

U.S. birth and fertility rates dropped to another record low in 2020, CDC says