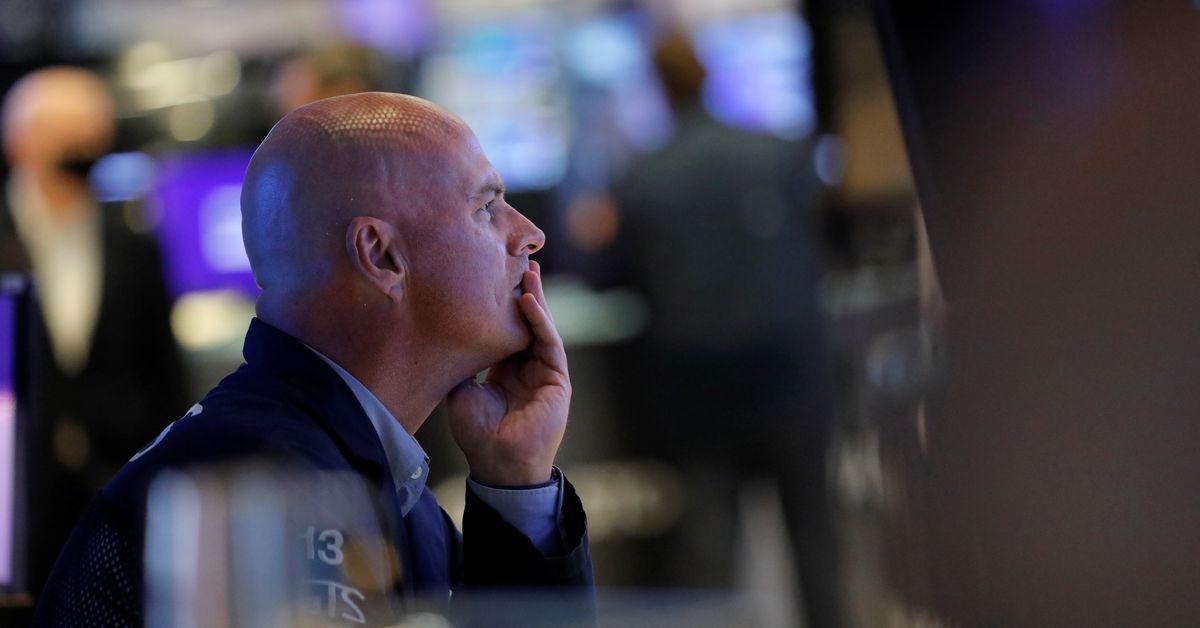 Sept 9 (Reuters) – Wall Street dipped on Thursday after weekly jobless claims fell to a near 18-month low, allaying fears of a slowing economic recovery, but also stoking worries the Fed could move sooner than previously expected to scale back its accommodative policies.

The Labor Department said initial claims for state unemployment benefits dropped 35,000 to a seasonally adjusted 310,000 for the week ended Sept. 4, the lowest level since mid-March 2020. That suggested that job growth could be hindered by labor shortages rather than cooling demand for workers. read more

Microsoft (MSFT.O) and Amazon (AMZN.O) each fell almost 1% and they were among the stocks weighing most on the S&P 500 and Nasdaq.

The S&P 500 real estate (.SPLRCR) and healthcare (.SPXHC) indexes both fell more than 1%, while financials (.SPSY) and materials (.SPLRCM) made modest gains.

“The problem with the market these days is it’s rotating more than it’s moving. Today, because of the jobs claims report, everyone is buying cyclical stocks,” said Jay Hatfield, chief executive of Infrastructure Capital Management in New York. “We see it as a rangebound market, between 4,400 and 4,600 (on the S&P 500).”

Investors have become more worried in recent sessions after a recent monthly jobs report showed a slowdown in U.S. hiring, suggesting the economic recovery may be losing steam faster than expected. Also dragging on sentiment has been uncertainty about when the U.S. Federal Reserve’s will scale back massive measures enacted last year to shield the economy from the coronavirus pandemic.

Lululemon Athletica (LULU.O) soared 11% after providing a strong annual forecast, with demand for its yoga pants remains strong despite the easing of coronavirus restrictions.

Data center REIT Digital Realty (DLR.N) slid 4.3% to be the top decliner among real estate stocks after the company announced a public offering of 6.25 million shares.

Advancing issues outnumbered declining ones on the NYSE by a 1.02-to-1 ratio; on Nasdaq, a 1.29-to-1 ratio favored advancers.

(This story refiles to fix typo in the first paragraph)

EPA seeks to restart process that could restrict Alaska mine