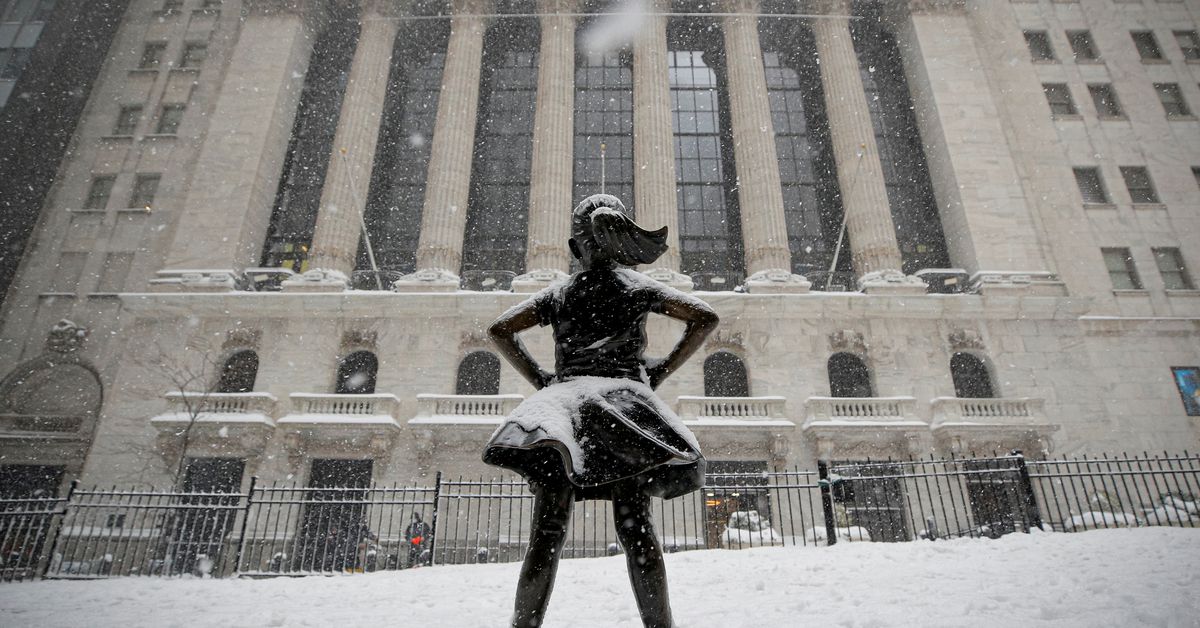 U.S. companies are leaping above expectations on first-quarter earnings, giving investors stronger confirmation that profit growth will be able to support the market this year.

A big piece of that growth is coming once again from technology and growth companies, which suggests greater durability in companies that underperformed more economically focused value names for months.

Earnings are rebounding from last year’s pandemic-fueled lows. With results in from more than half of the S&P 500 companies, earnings are now expected to have risen 46% in the first quarter from the previous year, compared with forecasts of 24% growth at the start of the month, according to IBES data from Refinitiv.

About 87% of reports have come in ahead of analysts’ estimates for earnings per share, putting the quarter on track to have the highest beat rate on record going back to 1994, when Refinitiv began tracking the data.

Some strategists say the stronger-than-expected earnings could drive a richly valued market higher still. The benchmark S&P 500 (.SPX) is trading at about 23 times forward earnings, above the long-average of about 15, based on Refinitiv’s data.

“The earnings results are really not being fully priced in yet, and that’s because you’re seeing estimates for the back half of the year start to pick up now in response to this better-than expected environment. That says to us there’s still more room,” said Eric Freedman, chief investment officer at U.S. Bank Wealth Management.

The high percentage of beats also follows many quarters where companies were holding off on giving guidance on the future, making it harder for analysts to estimate results for this year.

Stocks have had little reaction to results overall so far. The S&P 500 is up more than 11% since Dec. 31. The index is up less than 2% since mid-April when the earnings period kicked in to high gear, but remains near record highs.

Earnings also are raising some fresh questions in the debate over growth versus value. After a decade of steadily under-performing the overall market, value has been a favorite among some investors as a bet on the reopening of the economy.

However, “tech is showing an ability … to still create as good, if not superior, sales growth to cyclicals. That’s what I find amazing,” said David Bianco, Americas chief investment officer for DWS.

“Tech is as much as of a reopening play as everybody else,” he said.

Investors will be watching reports in the weeks ahead to see if the trend continues. Results are expected next week from a wide range of companies including Activision Blizzard (ATVI.O), Cummins Inc (CMI.N), ConocoPhillips (COP.N) and Pfizer Inc (PFE.N).

The first-quarter results come after a months-long rally in value stocks as investors bet on the reopening of businesses as COVID-19 vaccines became more available.

Technology-related companies as well as banks – value trade favorites – have had the largest percentage point contribution to estimated first-quarter S&P 500 earnings, with JPMorgan Chase & Co (JPM.N) and Apple Inc (AAPL.O) at the top of the list, based on Refinitiv’s data.

Tech (.SPLRCT) is also among the strongest sectors for year-over-year sales growth for the quarter, Bianco noted.

While the risks of higher inflation and possibly higher taxes have given some investors reason to become more cautious on growth shares, earnings may make them think twice about avoiding the group.

“It pays for a lot of investors to be balanced between value and growth,” said Sameer Samana, senior global market strategist at Wells Fargo Investment Institute in St. Louis.

“We’re actually carving out a third group … defensives,” he said, adding that those are the areas for investors to avoid for now.