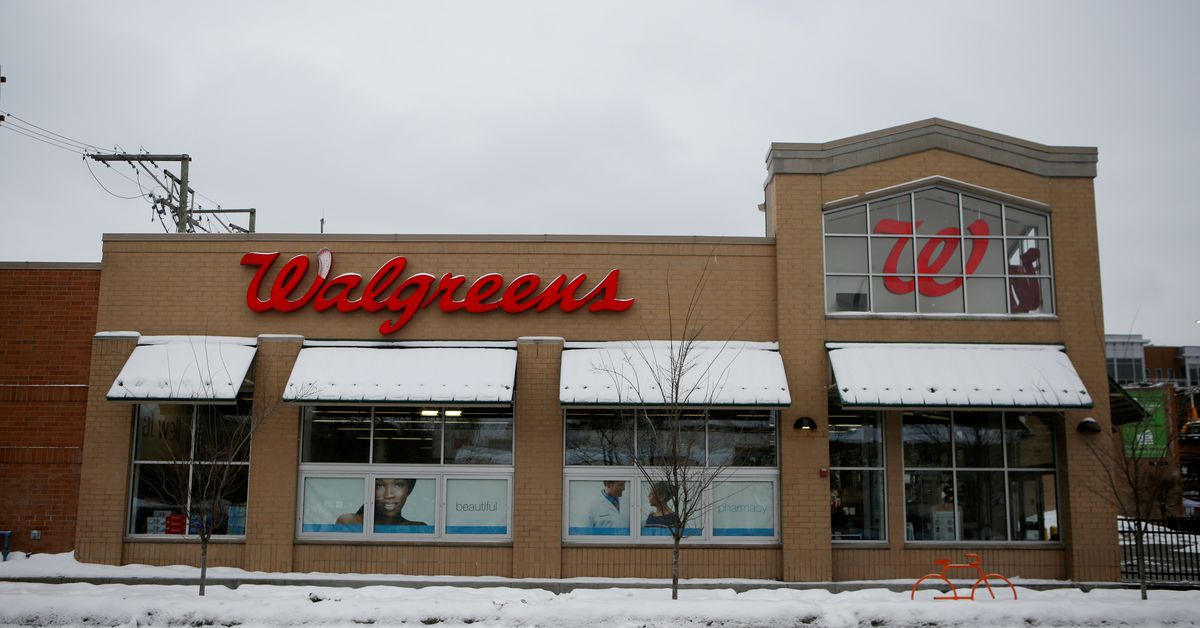 Oct 14 (Reuters) – Walgreens Boots Alliance Inc (WBA.O) reported a 68% surge in fourth-quarter profit on Thursday due to higher sales at its pharmacy stores in the United States and the United Kingdom, as COVID-19 restrictions eased in the quarter.

Walgreens, one of the largest U.S. pharmacies, has also been registering higher sales from administering COVID-19 vaccines and booster shots as Delta variant cases surged during the quarter.

Shares of the company were up 2.4% before the bell.

As of Aug. 31, Walgreens had administered more than 40 million COVID-19 vaccines, of the total 370.2 million shots administered in the United States.

Same-store sales at its U.S. pharmacies rose 8.8% in the fourth quarter as it filled 313 million prescriptions.

Reporting by Dania Nadeem and Leroy Leo in Bengaluru; Editing by Vinay Dwivedi