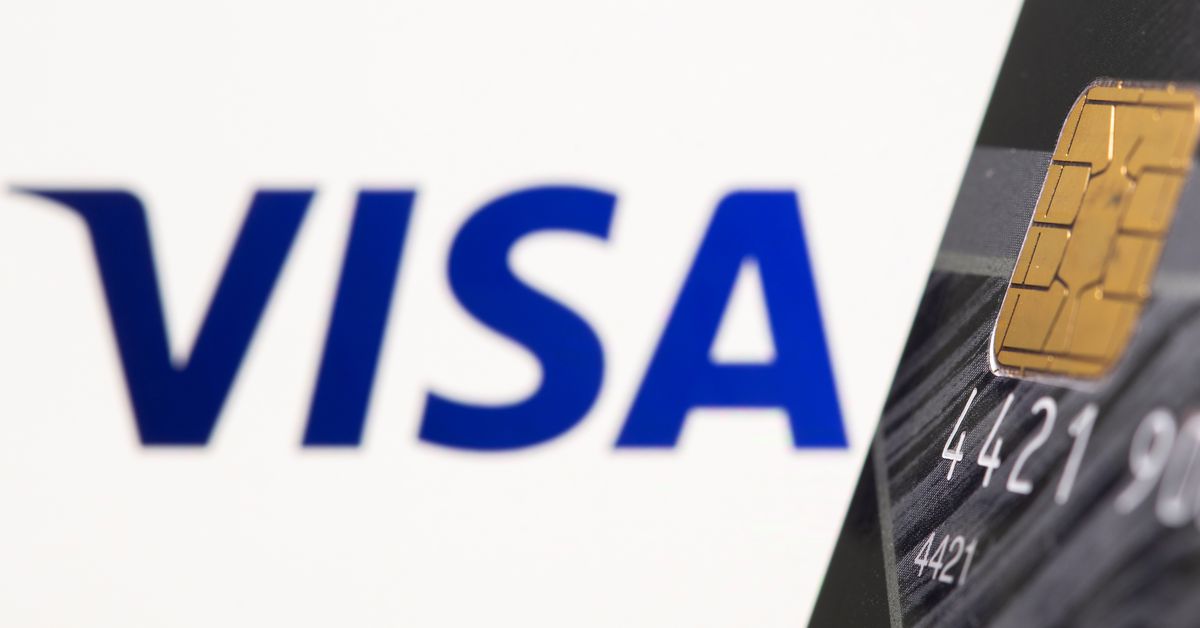 July 22 (Reuters) – Visa Inc (V.N)said on Thursday that it had agreed to buy British cross-border payments provider Currencycloud at a valuation of 700 million pounds ($962.01 million).

Visa has been a Currencycloud shareholder since 2020, and the financial consideration will be reduced by the equity that the card network company already owns in the startup, the company said.

Launched in 2012, Currencycloud facilitates cross-border payments for nearly 500 banking and technology companies, including well-known European fintechs Klarna, Monzo, Starling and Revolut. Since its launch it has moved more than $75 billion in payments to over 180 countries.

The deal comes less than a month after Visa announced it had agreed a 1.8 billion euro ($2.2 billion) takeover of European open banking platform Tink. read more

The aggressive acquisition strategy is part of Visa’s push to diversify revenues beyond credit card payments, where it is one of the world’s dominant players. Card companies have been facing increased pressure from regulators on fees, especially in Europe.

“The acquisition of Currencycloud is another example of Visa executing on our network of networks strategy to facilitate global money movement,” Colleen Ostrowski, Visa’s Global Treasurer, said in a statement.

Currencycloud will maintain its management team and continue to operate from its London headquarters. The transaction is subject to regulatory approvals and other customary closing conditions.

Reporting by Anna Irrera in London; Editing by Kim Coghill