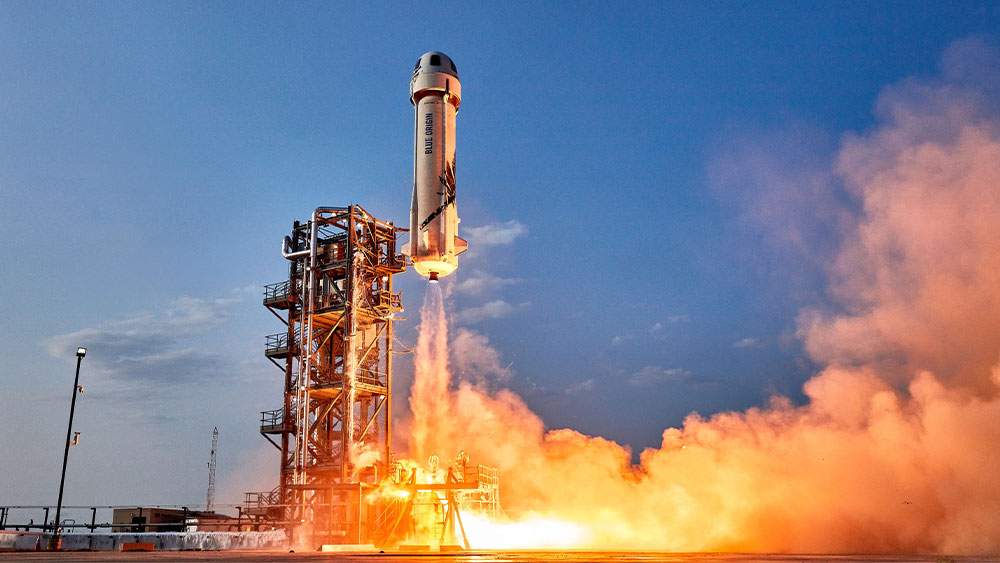 Jeff Bezos and Richard Branson’s Virgin Galactic (SPCE) launched an out-of-the-world race of egos. But investors care more about making money on space — and some ETFs offer top spots that might be less obvious.


Five main ETFs aiming to profit from space take distinct approaches — to the point they’re hardly related. But that’s likely to be the norm and an advantage. Investing in space is in such infancy, many individual stocks in the race will likely deliver heartache. ETFs are looking to temper this risky proposition by including more established S&P 500 stocks.

“We’re in the potential earliest of innings of space exploration as an investment theme, which results in a higher risk albeit higher reward scenario,” said Todd Rosenbluth, head of ETF and mutual fund research at CFRA. “Many of the companies connected to the theme through ETFs either are established businesses with modest current exposure to the segment or less proven ones with more to gain or lose.”

To understand just how unpredictable space investing is, just look at how the main ETFs treat Virgin Galactic.

Shares are up nearly 40% this year, easily topping the gains of all the major space ETFs. And that’s despite some major concerns. The company is expected to lose money annually until eking out a profit of $40 million in 2024, says S&P Global Market Intelligence.

Also concerning is the fact Branson himself is a seller. The Branson-controlled Virgin Group Holdings unloaded more than 5.5 million shares, or roughly 10% of its Virgin Galactic position, as of the end of June. Virgin Group is still the No. 1 holder, though, with 23% of shares outstanding.

And yet, one of the largest space ETFs, Cathie Wood’s ARK Space Exploration & Innovation ETF (ARKX), doesn’t own Virgin Galactic at all. Meanwhile, it’s a No. 2 holding in SPDR S&P Aerospace & Defense ETF (XAR).

Going Beyond The Space Race

Space tourism might captivate the imagination. But “the reality is much less flash and far more substance,” said Lara Crigger, managing editor of ETFTrends.com.

“Most space stocks are satellite manufacturers and operators, whose products are integral to our modern lives; or the rocket manufacturers that get said satellites up in orbit,” she said.

And the top holding of the $600 million in assets ARK Space Exploration ETF, at 9.7%, is Trimble (TRMB). Trimble makes technology to help companies manage remote work processes, hardly stuff of interstellar dreams. “ARKX is active (meaning managers choose holdings versus tracking an index), Crigger said. “As a result, ARKX has a couple holdings that folks not might expect out of a space ETF.”

The Procure Space ETF (UFO), on the other hand, tracks the S-Network Space Index. It, too, owns Trimble as a No. 2 holding at 5%. But its top holding at 5.2% is GPS provider Garmin (GRMN). It also holds a 4.6% stake in Virgin Galactic.

Meanwhile, SPDR S&P Kensho Final Frontiers (ROKT) tracks an index by the same name. It owns companies not only exploring space, but the deep sea, too. It owns a 3.8% holding in Virgin Galactic.

Space ETFs shield you from volatility: Virgin Galactic stock is down nearly 10% in a month. But they might not be your idea of a moonshot, either.

“The risk (with space ETFs) … is thinking you’re investing in a bunch of companies that are building space elevators or shooting cars into space — and instead you’re getting boring satellite manufacturers and defense contractors,” Crigger said.

Returns vary as all take unique approaches to a new market

MarketSmith: Research, Charts, Data And Coaching All In One Place

Planning to travel? Here’s why you need to insure your next trip