Vaccitech valued at $579m in US public offering

Vaccitech valued at $579m in US public offering 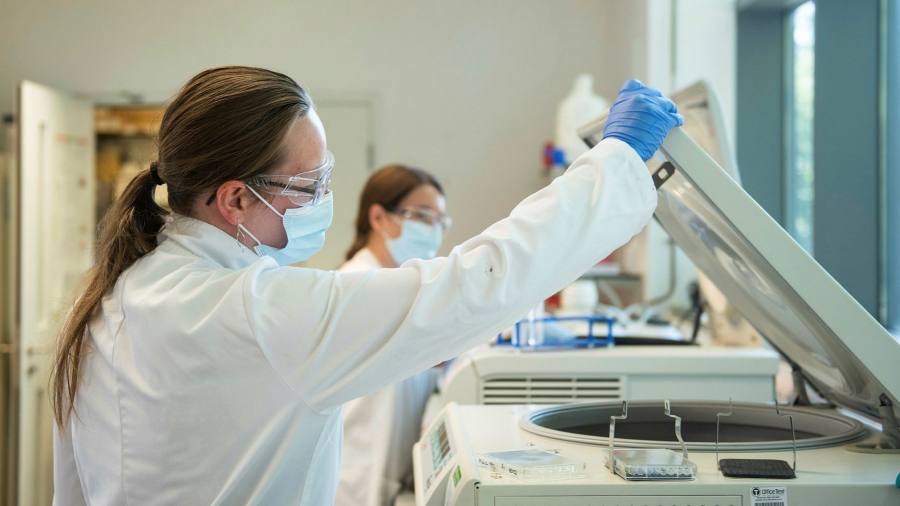 Vaccitech, the company that owns the technology behind the Oxford/AstraZeneca coronavirus vaccine, raised $111m through its initial public offering on Thursday, close to its original hopes and showing investors were willing to look past recent concerns about rare side-effects from the jab.

The company priced its shares at $17 apiece ahead of its listing on Nasdaq, the midway point of its anticipated price range. At the offering price, Vaccitech would be valued at $579m, 36 per cent above the price set by its last private fundraising in March.

Vaccitech was co-founded by University of Oxford scientists Sarah Gilbert and Adrian Hill in 2016 and has been backed by private investors including Tencent, Google Ventures and Californian biotech Gilead Sciences.

The company owns the technology used to create the AstraZeneca vaccine and will receive 1.4 per cent of net revenues if the vaccine is sold on a for-profit basis after the pandemic. It is also working on another Covid-19 vaccine that could be used as a booster for people who received the AstraZeneca shot.

The rapid scale-up of the AstraZeneca vaccine has helped prove the company’s adenovirus-based platform and generated data from its use in millions of people. Vaccitech is developing the technology for other vaccines, for diseases including the coronavirus Mers and shingles.

Shares in listed vaccine makers have soared during the pandemic. Novavax is up over 1,300 per cent, while Moderna and BioNTech are both up about 380 per cent over the past 12 months.

That has attracted several companies connected to Covid-19 vaccine development to tap the public markets. CureVac shares rose 249 per cent on its first day of trading in August. Valneva, a French listed vaccine maker, also recently filed for a US IPO.

Some investors have grown cautious over lofty valuations in the biotech sector, however. The Nasdaq biotech index is down more than 10 per cent from its February peak, after gaining more than 25 per cent in 2020. Short-sellers have poured into the sector, too, with Novavax and Moderna among the 10 most heavily shorted biotech companies, according to data from S3.

Vaccitech is going public after a period of intense scrutiny for the Oxford/AstraZeneca vaccine, culminating in concerns about a very rare blood clotting side-effect. The company warned in its IPO prospectus that this could hit royalties and affect the reputation of its products.

Susannah Streeter, a senior analyst at Hargreaves Lansdown, said the speed of innovation in vaccines had been “breathtaking” and Vaccitech is one of the companies leading the charge.

“The crisis has shown Vaccitech can effectively scale up a successful project at speed, which is quite unusual for a biotech start-up, which often launch on to a stock market without such a proven track record,” she said.

Best Buy president to leave after 17 years at chain