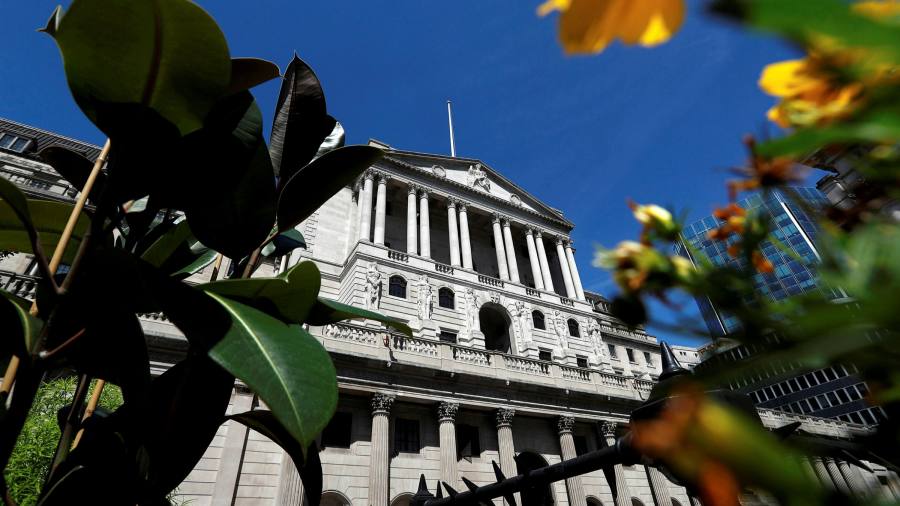 European stocks and Wall Street equity futures softened as questions intensified about inflationary pressures ahead of US consumer price data later this week.

The regional Stoxx Europe 600 share index fell 0.3 per cent, taking it more than 4 per cent below its all-time high reached in late August before surging energy prices took the shine off an earnings rebound from a eurozone recession last year.

London’s FTSE 100 added 0.2 per cent, lifted by energy producers and commodities groups as oil prices rose on the back of a severe European gas shortage.

Futures markets indicated that the S&P 500 share index would fall 0.3 per cent in early New York dealings while the technology-heavy Nasdaq 100 would lose 0.6 per cent.

Economists polled by Reuters expect data published on Wednesday to show US consumer prices rose 5.3 per cent in September from the same time last year, marking the fourth consecutive month the headline inflation rate in the world’s largest economy has topped 5 per cent.

Investors will scrutinise third-quarter earnings reports out this week from major US banks and consumer-facing businesses, looking for clues about the effects of high energy prices and pandemic-related supply chain bottlenecks on corporate costs and consumer spending.

“The big questions for this week are not only the rate of inflation but also what levels of costs are companies now able to pass to the consumer,” said Aneeka Gupta, research director at ETF provider WisdomTree.

“The risk is the profit cycle gets eroded,” she added, while rising prices made the US and eurozone central banks less comfortable about maintaining record-low interest rates.

In debt markets investors backed out of UK gilts, sending the benchmark measure of government borrowing costs to its highest in about two-and-a-half years.

The yield on the UK 10-year government bond, which moves inversely to its price, rose as much as 0.06 of a percentage point to breach 1.2 per cent on Monday for the first time since May 2019.

BoE governor Andrew Bailey said in a Yorkshire Post interview on Saturday that he was “concerned about inflation”.

“The bond market is very focused on the UK as they look likely to raise [interest] rates quite rapidly,” said Anne Beaudu, global fixed income portfolio manager at Amundi. “Everyone is worrying about inflation everywhere,” she added, but the UK was “being singled out” because of surging fuel prices and a worker shortage related to Brexit as well as Covid-19.

European gas contracts for November delivery rose 3.6 per cent to €86.8 per megawatt hour, more than double the level they traded at in mid-August. Brent crude, the international oil benchmark, added 1.4 per cent to $83.5 a barrel, around its highest in three years.