The US death toll from the coronavirus pandemic is nearing 500,000, underscoring the pandemic’s devastation as officials race to roll out vaccinations as quickly as possible to prevent another surge.

The solemn milestone comes nearly a year after the first fatality from the virus was recorded in the country. The US death toll is by far the highest in the world in absolute terms, and almost double the 246,504 deaths in the country with the second-highest number of fatalities, Brazil, according to data from Johns Hopkins University.

After an initial wave last spring that hammered the north-east, followed by a summer surge in sunbelt states, coronavirus cases and hospitalisations experienced their most severe increase after Thanksgiving, which lasted through the holiday season and into January.

The daily death toll surpassed more than 4,000 several times during January, making it the deadliest month of the pandemic in the US, with more than 94,000 confirmed fatalities.

“This is really just an awful, awful loss,” Ashish Jha, dean of the Brown University School of Public Health said, adding that losing 500,000 Americans was “unimaginable” a year ago.

President Joe Biden will order flags at the White House and on federal property to be lowered to half-mast for the next five days out of respect for the victims and has asked Americans to join in a moment of silence during a candle lighting ceremony at sundown on Monday, where he is expected to deliver remarks.

There have been promising signs in recent days that the US has finally managed to wrestle the disease’s trajectory downwards after a punishing few months that saw hospitals overwhelmed and led to a wave of crippling restrictions across the country. 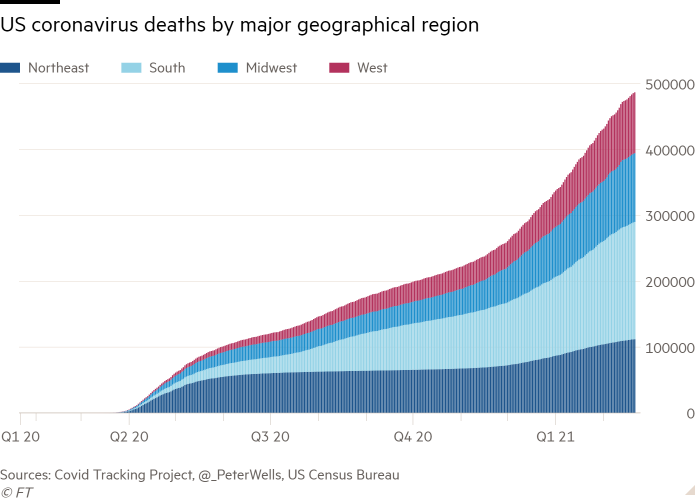 Coronavirus hospitalisations are now down about 58 per cent since peaking in January, to 56,159, according to Covid Tracking Project data. Over the past week, the US has reported an average of 64,301 infections a day, a 74 per cent drop from a peak rate of more than 247,000 in early January.

Nearly every state is seeing declines in these metrics, helping to bring the seven-day average of deaths below 2,000 a day for the first time since early December. Despite the encouraging trend, some of the most populous US states — California, Texas, Florida, New York and Georgia — are still averaging more than 100 deaths a day.

Cases are also expected to fall as vaccines are distributed more widely. More than 44m Americans have received at least one dose of the coronavirus vaccine, according to the Centers for Disease Control and Prevention.

While there were some delays caused by severe winter storms last week — causing the seven-day average of vaccinations to fall to 1.46m as of February 17 — the Biden administration is still on track to reach its goal of 100m doses within its first 100 days in office.

One thing that might derail the US’s improvement is the emergence of new, more infectious variants of the virus, which could have implications for the effectiveness of the country’s accelerating vaccine rollout. 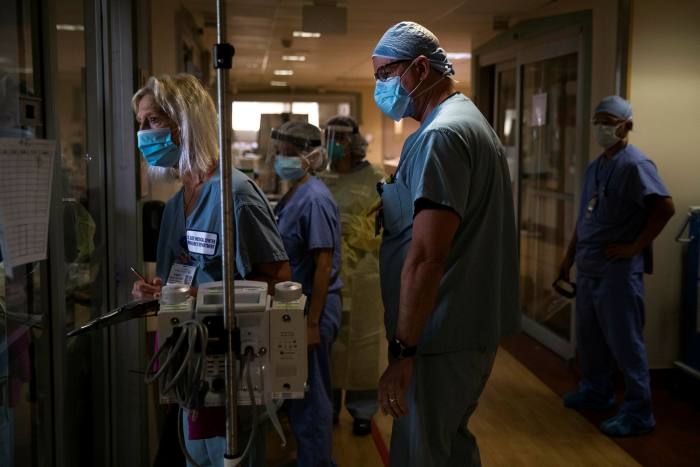 Rochelle Walensky, director of the CDC, last week warned that the B.1.1.7 variant, which was first detected in the UK, was “likely to be the dominant strain” in the US in the coming months and reiterated a call for Americans to avoid unnecessary travel.

Combined with other factors such as the loosening of state restrictions or a reduced sense of urgency to receive the vaccine as case trends “feel and look a bit better”, a new variant could steal a march on the country’s efforts to bring the pandemic under control, she said.

While some countries like the UK and South Africa have been overrun by new strains, the US is still counting the number of reported cases in the thousands. The CDC said there have been 1,661 cases of B.1.1.7 found across 44 states; 22 cases of 501.V2, first discovered in South Africa; and five of P1, which originated in Brazil.

However, these figures could be a vast underestimate as the US is only just beginning to increase its genomic surveillance, hampering its ability to understand how current variants are spreading and new ones emerging.

So far, Covid-19 vaccines have been able to tackle the variant that was first discovered in the UK, but there are growing concerns about whether the South African strain will evade the immune responses generated by the vaccine. New variants also jeopardise the doctors’ tool box for Covid-19 patients, as they may render antibody treatments ineffective.

Amesh Adalja, an infectious disease doctor at Johns Hopkins, said the dip in hospitalisations had made life at his hospital “more manageable”. Now, he believed the challenge was removing roadblocks to rolling out the vaccines as fast as possible.

The US vaccine rollout will receive a boost from new jabs being released in the coming week, beginning with Johnson & Johnson, which is likely to receive an emergency authorisation after the regulator holds its advisory meeting on Friday. 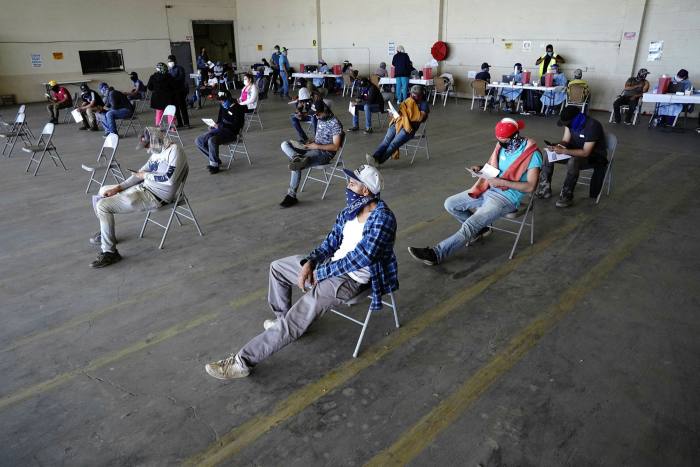 J&J plans to supply 100m doses to the US in the first half of 2020. However, Anthony Fauci, the chief medical adviser to the Biden Administration, said J&J would not significantly boost supplies in the short term.

In the spring, the Food and Drug Administration is likely to consider the vaccines from Novavax and Oxford/AstraZeneca for approval, which, together, could boost supplies by up to 400m. The Biden administration has already ordered enough doses to fully vaccinate every American.

Experts were divided about how severe an impact the new variants could have, said Brown University’s Jha. Some fear the US will experience a wave like those seen in the UK, Denmark and Portugal. But others, including Jha, are hopeful that the US will be able to see it coming and take preventive measures, while benefiting from being further along in the vaccine rollout.

Either way, policymakers must remain vigilant in the key period of the next two months, he said.

Analysis: Vaccine rollout a shot in the arm for soaring sterling