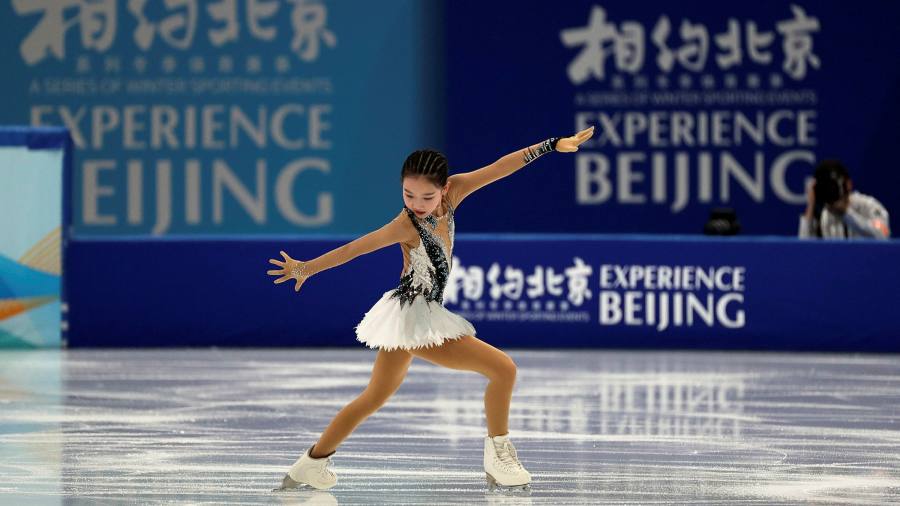 The Biden administration has floated the idea with allies of a boycott of the 2022 Beijing Winter Olympics to protest the persecution of Uyghurs in China’s Xinjiang province.

Ned Price, the US state department spokesperson, said the action was one of the possibilities being considered as the Biden administration discussed its approach to China and the Beijing Olympics with allies.

Asked at a press briefing if the US was discussing a joint boycott, Price said: “It is something that we certainly wish to discuss . . . A co-ordinated approach will be not only in our interest, but also in the interest of our allies and partners. So, this is one of the issues that is on the agenda.”

An official from an US ally said President Joe Biden’s team had raised the idea in preliminary talks about the Beijing Olympics on several occasions as part of broader discussion about how to deal with China.

But he stressed that there had been no detailed — or high-level — talks about how the allies would treat the event, or whether a boycott referred to government delegations or a move to stop athletes from taking part in the games.

China faces growing criticism over the situation in Xinjiang where more than 1m Muslim Uighurs have been detained in labour camps. The Biden administration last week formally labelled the Chinese policy in Xinjiang as “genocide” in the state department’s annual report on human rights.

Following his remarks, Price wrote on Twitter that “we don’t have any announcement regarding the Beijing Olympics” and that the event was “a ways off”. A state department official disputed the idea that Price had suggested the US had discussed a boycott. “We have not discussed and are not discussing any joint boycott with allies and partners,” the official said.

The Olympics have come under discussion as the US and its allies take an increasingly tough approach over Xinjiang. The US last month co-ordinated a move with the EU, UK and Canada to impose sanctions on Chinese officials involved in setting policy towards Xinjiang, sparking retaliation from Beijing.

The US Olympic & Paralympic Committee (USOPC) on Monday said it opposed any boycott. “They have been shown to negatively impact athletes while not effectively addressing global issues,” it said. “We believe the more effective course of action is for the governments of the world and China to engage directly on human rights and geopolitical issues.”

The last US team boycott was of the 1980 Summer Olympics in Moscow after the Soviet Union invaded Afghanistan. The USOPC took the decision after pressure from the US Congress. The last US diplomatic boycott occurred in 2014 when President Barack Obama did not send an official delegation to the Sochi Olympics in Russia.

The USOPC said Sarah Hirshland, its chief executive, had talked to the Biden administration about the status of preparations for the Tokyo Olympics this summer but it was unclear if they discussed the Beijing games. The International Olympic Committee, which oversees both games, did not immediately respond to a request for comment.

The postponement of the 2020 Tokyo Games to this summer means preparations for both events are occurring simultaneously. The Beijing Olympics are scheduled to open in February 2022.

Sports governing bodies have been forced to adapt to the coronavirus pandemic as they prepare for both Olympics, in some cases postponing or rescheduling qualifying events.

In the US, which regularly sends one of the largest teams to the Summer and Winter Games, many sports determine their delegations through team trials, such as those for swimming and athletics. International travel restrictions have made it tougher for athletes in some sports, such as figure skating, to compete in global competitions before Beijing.