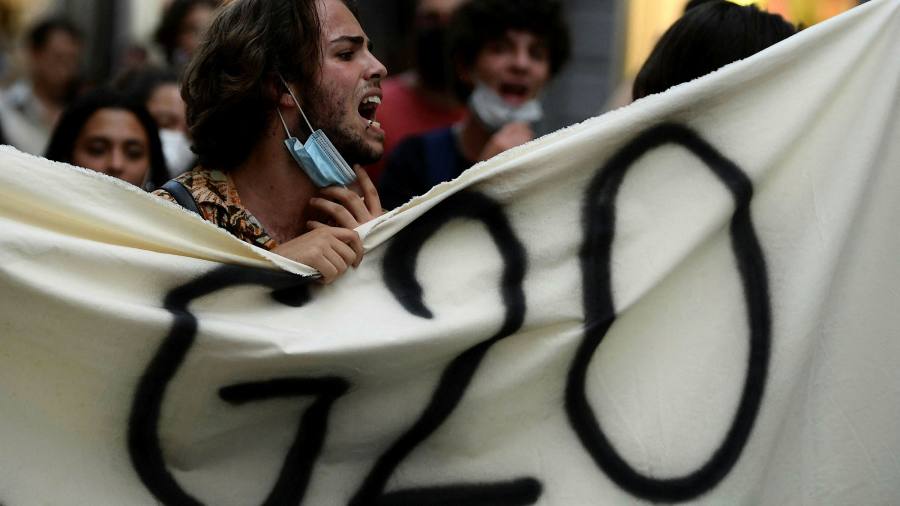 The US and Italy plan to increase their financial contributions to help developing countries fight climate change, officials told the Financial Times on the eve of the G20 environment ministers in Naples.

Rome, which is hosting the G20, and Washington are seeking to heal a growing rift between rich and poor countries over climate finance, an issue that threatens to derail the UN COP26 summit in Glasgow in November.

US climate envoy John Kerry and Italian energy transition minister Roberto Cingolani told the FT in separate interviews that they wanted to boost their climate donations ahead of the COP summit.

“It’s imperative that we do something [on climate finance],” said Kerry. “I’ve told that to President [Joe] Biden, he’s completely on board.”

Cingolani said Italy would also increase its contributions and this was an important part of its climate policy.

The G20 environment ministers’ meeting on Thursday, usually a low-key affair, is this year seen as a key leading indicator for the potential outcomes and controversies ahead of climate change talks this autumn.

The G20 includes some countries that have set ambitious climate goals, such as the EU, and others that have resisted setting emissions targets, such as Saudi Arabia, Russia and Australia — making it difficult to come to an agreement.

Rich nations missed a target last year to give $100bn to help developing countries fight climate change, and missing that pledge has led to considerable angst from developing countries, which need funding to cut emissions and adapt to a warmer planet.

“We need far more effort,” Cingolani said. “We need to reopen the discussion, as not everyone agrees on increasing support.”

Cingolani said he hoped countries could patch over their differences to reach agreement on climate measures in a final communiqué. “We will work until the very last minute to reach a unanimous communiqué,” he said.

He said a successful meeting would entail “two reasonable communiqués” on which all countries agree on further discussion on the goal of limiting global temperatures to 1.5C compared with the pre-industrial period and on support for emerging countries to “join the COP26 meeting later this year with a good basis”.

The Italian summit will be the first in-person meeting of environment ministers since the start of the Covid-19 pandemic, and Italy hopes the talks will open the possibility of accelerated progress at COP26.

Kerry told the FT: “It will be somewhat of a tell-tale for the dynamic now, as we head to the UN General Assembly [in September].”

Kerry added that he hoped G20 countries would step up with pledges to cut emissions.

Italy and the US both cautioned they would need approval from parliament and from Congress, respectively, to secure permission to increase climate funding.

Kerry said Biden was “trying to figure out” how to increase climate finance contributions. “He’s got to make that happen within the context of our budget process, and Congress and so forth. But that debate and discussion is very much ongoing right now.”