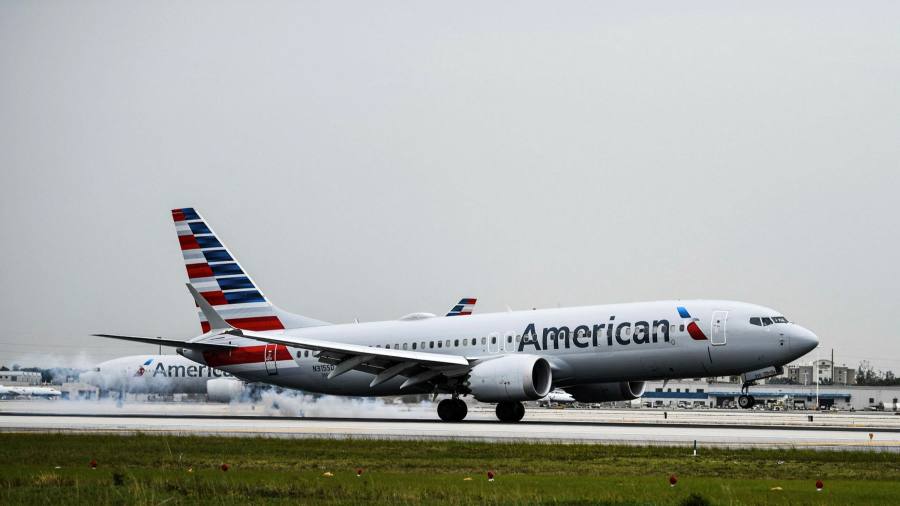 United Airlines plans to put fewer planes in the air for the US holiday season, showing the far-reaching effects of a slowdown in travel demand that began when the Delta coronavirus variant spread this summer.

Chief commercial officer Andrew Nocella on Thursday said that while would-be travellers are now comfortable booking several months in advance, “we will offer less capacity for Christmas and Thanksgiving than we would otherwise have planned earlier this summer”.

United was one of several US carriers to cut quarterly revenue forecasts on Thursday, owing to a slowdown in customer reservations and rises in cancellations associated with the highly contagious Delta virus strain.

American Airlines, Delta Air Lines, JetBlue Airways, Southwest Airlines and United all said in filings with the US Securities and Exchange Commission that demand pulled back in August. For some the slowdown has continued into September, clouding the outlook for the remainder of the year.

After customer bookings decelerated, United forecast that total third-quarter revenue will fall 33 per cent compared with two years ago.

“A lot changed in a very short period of time,” Nocella said. News about the spread of the variant “overtook the situation and quickly changed the outlooks.”

“The last few days of bookings as we passed the [September 6 US Labor Day] holiday have been better,” he added. “So I do feel like the situation is stabilising.”

Southwest said its operating revenues last month fell 19 per cent compared with the same period two years ago, which was near the low end of its guidance range.

The company said “softness” in leisure bookings has spilled into September and October, although business bookings should “remain relatively stable” compared with August.

Travel demand around Labor Day, traditionally a last chance for many to squeeze in a trip before the end of the US summer, was “solid”. However, Southwest said more trips were cancelled than anticipated, partly because of disruptions from the powerful Hurricane Ida.

American had a similar tale, with fewer bookings and more scrapped trips this month. The company expects total revenue in the quarter will be down between 24 per cent to 28 per cent from two years ago, compared with carrier’s previous guidance for a decline of about 20 per cent.

“We expected the recovery would be choppy and unpredictable,” said Derek Kerr, American’s chief financial officer. “August and September revenue is trending lower due to the rise of Delta and the associated headlines.”

At Delta Air Lines, chief executive Ed Bastian said business travel remained at 40 per cent of pre-pandemic levels. He had predicted in July that it would reach 60 per cent in autumn, but the coronavirus variant has delayed workers’ return to the office by about 90 to 100 days.

“All of our companies . . . are out travelling, but not necessarily the volumes to get our business back to where we need it to be,” Bastian said.

Delta Air Lines’ adjusted total revenue in the September quarter will be at the lower end of previous guidance for a decline of between 30 per cent and 35 per cent from the same period in 2019.

Mastercard to buy CipherTrace as bet on crypto deepens