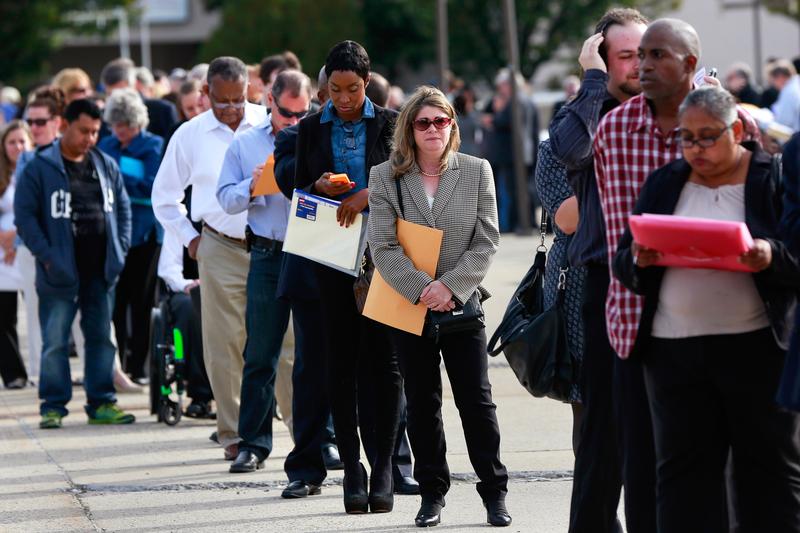 Initial claims for state unemployment benefits totaled a seasonally adjusted 861,000 for the week ended Feb. 13, compared to 848,000 in the prior week, the Labor Department said on Thursday. Economists polled by Reuters had forecast 765,000 applications in the latest week.

Part of the increase in claims could be related to the temporary closure of automobile plants beginning last week due to a global semiconductor chip shortage. General Motors announced it would take down production entirely at its Fairfax plant in Kansas City during the week of Feb. 8.

Claims have dropped from a record 6.867 million last March when the pandemic hit the United States. Though they are stuck above their 665,000 peak during the 2007-09 Great Recession, there is reason to be cautiously optimistic that the labor market recovery will gain traction in the spring.

Coronavirus infections and hospitalization rates have been declining since mid-January. Government data on Wednesday showed retail sales increasing by the most in seven months in January.

In addition, the U.S. Congress is considering President Joe Biden’s massive $1.9 trillion recovery package. That would be on top of nearly $900 billion in additional fiscal stimulus provided by the government at the end of December.

Minutes of the Federal Reserve’s Jan 26-27 policy meeting published on Wednesday showed most Fed officials “anticipated continued progress in vaccinations would lead to a sizable boost in economic activity.”

Last week’s claims data covered the period during which the government surveyed businesses for the nonfarm portion of February’s employment report. Claims, however, have not provided a good signal on job growth because of the economic shock caused by the pandemic.

The economy created 49,000 jobs in January after shedding 227,000 in December, the first drop in payrolls in eight months.

About 12.3 million of the 22.2 million jobs lost during the pandemic have been recovered. The Congressional Budget Office has estimated employment would not return to its pre-pandemic level before 2024.