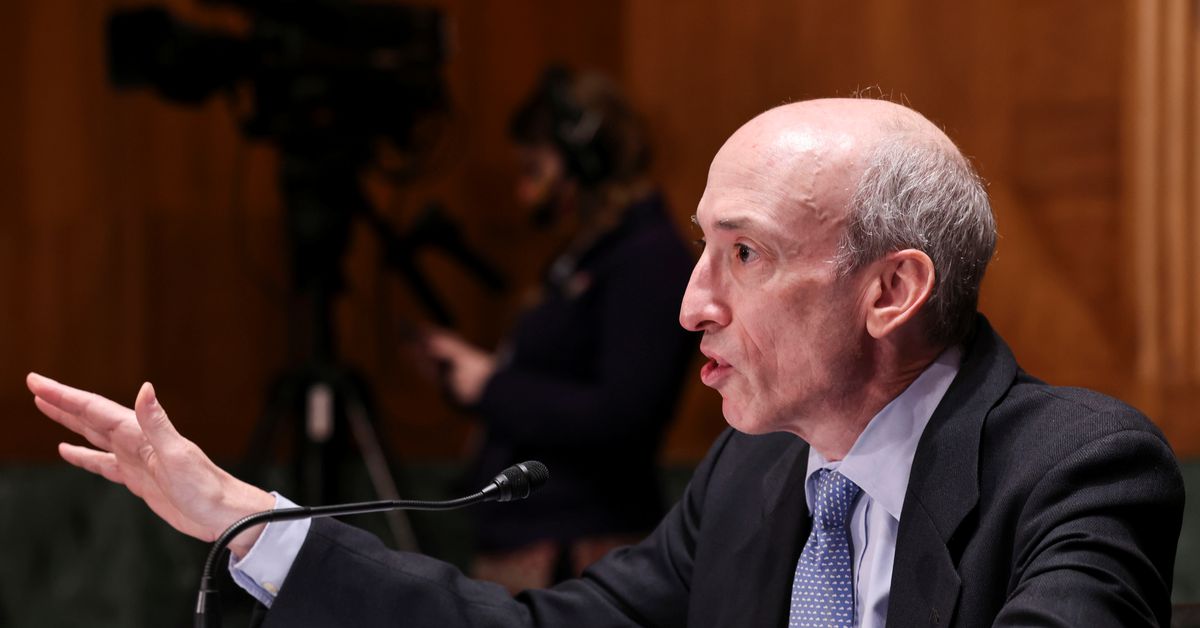 WASHINGTON, Sept 14 (Reuters) – U.S. Securities and Exchange Commission (SEC) Chair Gary Gensler took aim at the gamut of financial sectors, from the treasury and equity markets to digital assets, as he mapped out his ambitious agenda before the Senate Banking Committee on Tuesday.

As head of the country’s top markets regulator, Gensler is under pressure from progressives to take a tough stance on Wall Street and disruptive emerging technologies while at the same time pushing Democratic priorities to address climate change, wealth inequality and social injustice.

Since taking the top SEC job in April, Gensler has pursued an aggressive agenda, overhauling corporate disclosures, cracking down on blank-check deals and Chinese-company listings, calling on Congress to reign in the cryptocurrency market, and kicking off a review of how financial firms use artificial intelligence. read more

“I know you have already gotten to work for the American people, and you had your work cut out for you,” Senate Banking Committee Chairman Sherrod Brown, a Democrat, told Gensler in his opening remarks in which he decried the disparities between Wall Street’s wealth and the financial struggles of regular Americans.

“It’s your job to make sure that efficient markets are balanced with strong enforcement that protects Americans from the worst Wall Street greed and careless risk,” Brown added.

In his testimony, Gensler added to his already long to-do list, telling lawmakers that he wants private funds to disclose more information about potential conflicts of interest and the fees they charge and, separately, that he wants to impose greater transparency on the country’s bond market.

“It’s not the SEC’s role nor expertise – as an independent financial regulator with zero democratic accountability – to address these political and social issues,” he said.