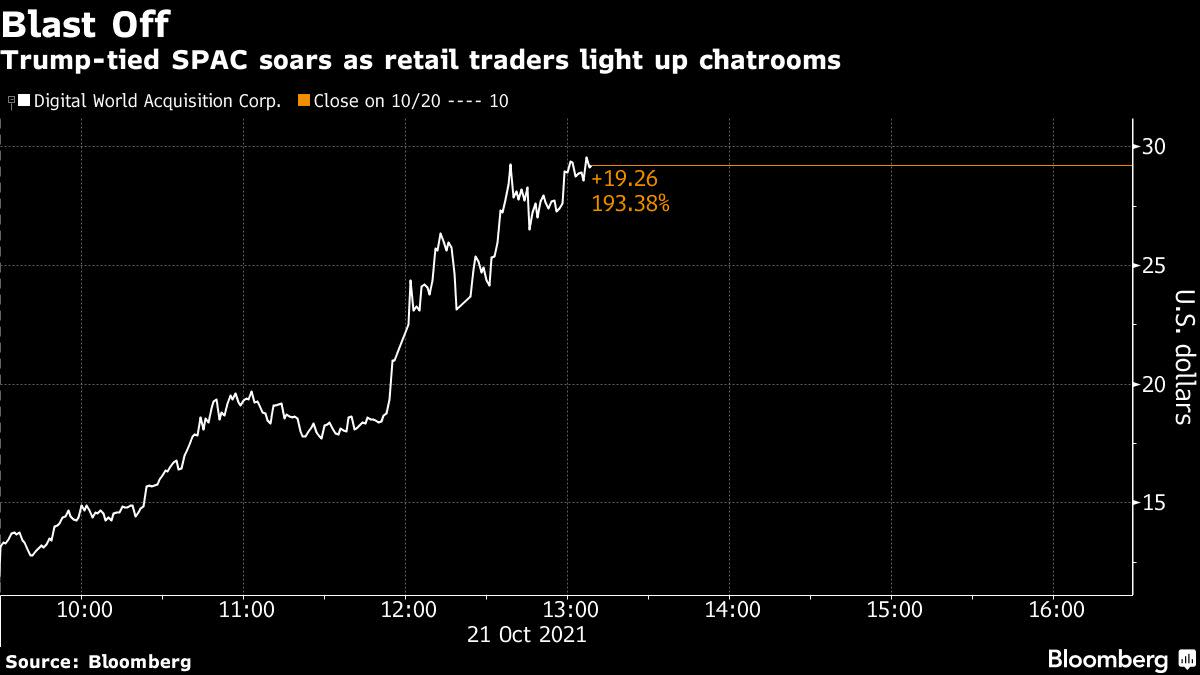 Digital World Acquisition Corp., the SPAC that’s set to merge with Trump Media & Technology Group, is Thursday’s top purchase on Fidelity’s platform with more than 35,000 buy orders from customers. That was more than triple the purchases for PayPal Holdings Inc., the second-most-bought stock, and more than six-times the demand for the ProShares Bitcoin Strategy ETF (ticker BITO).

The excitement from retail trader who have bought into the YOLO mantra — you only live once — was clear with the stock being the most-mentioned company on the popular day-trader chatroom Stocktwits, and as touts on Reddit’s WallStreetBets rivaled the likes of GameStop Corp. and AMC Entertainment Holdings Inc. over the past 12 hours.

The SPAC more than quadrupled to $44.10 at 1:49 p.m. in New York after triggering its fifth volatility halt of the day. More than 380 million shares changed hands, making it the most traded stock with a value above a penny. The aim of the deal is to rival “the liberal media consortium and fight back against the ‘Big Tech’ companies of Silicon Valley,” according to a statement.

Bitcoin Is Back Near Record Highs. Houston Pension Fund Dives In.