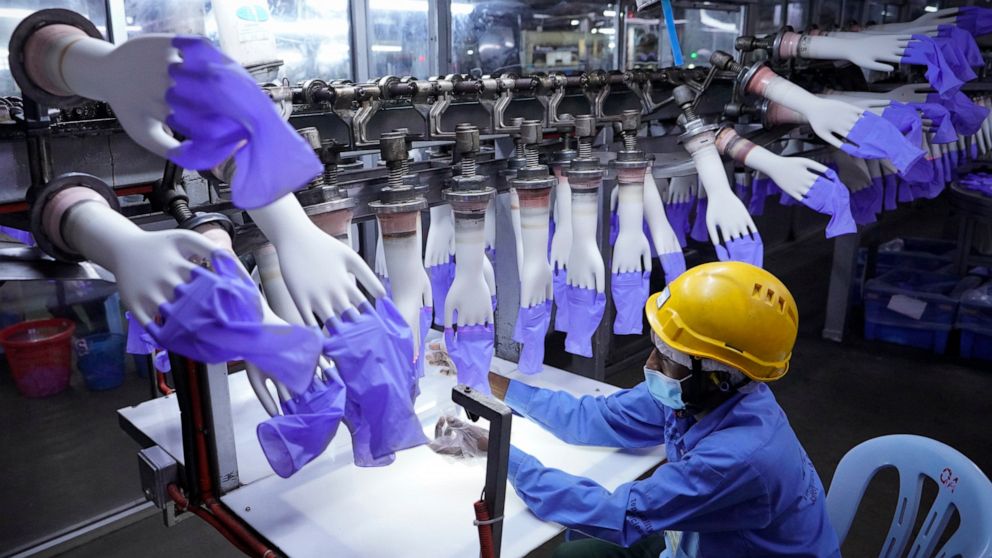 Malaysian rubber maker Top Glove says it hopes to swiftly resolve a U.S. ban on its products due to allegations of forced labor after one of its shipments was seized at a U.S. port

KUALA LUMPUR, Malaysia — Malaysia’s Top Glove Corp., the world’s largest rubber glove maker, said Wednesday it hopes to swiftly end a U.S. ban on its products due to allegations of forced labor after one of its shipment was seized at a U.S. port.

U.S. Customs and Border Protection said Tuesday it had seized a shipment of 3.97 million nitrile disposable gloves from Top Glove worth an estimated $518,000 at Cleveland port, Ohio.

This followed its March 29 ban of Top Glove products based on information showing multiple indicators of forced labor including debt bondage, excessive overtime, abusive working and living conditions and retention of identity documents.

Top Glove said Wednesday it had resolved the alleged 11 forced labor indicators. It said the international consultancy Impactt Ltd. had verified that in an April 22 report. U.S. CBP was reviewing its submission based on that report, it said.

“Top Glove wishes to inform that the company continues to work closely with the U.S. CBP towards the expeditious resolution and revocation or modification” of the ban, it said.

In announcing the seizure of the gloves shipment on Tuesday, Diann Rodriguez, Cleveland area port director, said it “sends a strong message that CBP will not tolerate imports made by forced labor, which is a form of modern slavery that hurts vulnerable workers and threatens our economy,”

Top Glove says it produces about 90 billion rubber gloves a year, about one quarter of the world’s supply, and exports to 195 countries. Its profits have soared as demand skyrocketed for its products due to the pandemic.