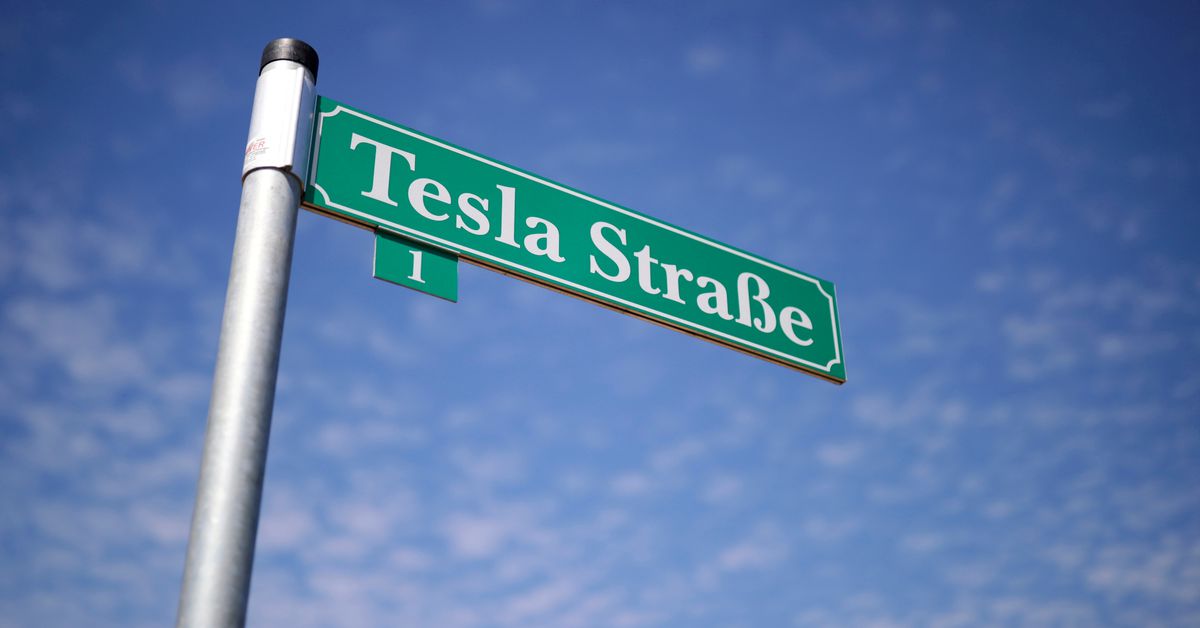 A sign that reads “Tesla Street” is pictured outside the construction site of the future Tesla Gigafactory, in Gruenheide near Berlin, Germany, August 12, 2021. REUTERS/Hannibal Hanschke/File Photo

BERLIN, Oct 21 (Reuters) – An online consultation for local citizens to express objections to Tesla’s (TSLA.O) huge factory near Berlin will be repeated, the regional environmental ministry said on Thursday, over concerns the process did not comply with regulations.

Tesla CEO Elon Musk said at a visit to the factory site in Gruenheide on Oct. 9 that he hoped to begin production in November, which looks increasingly unlikely as authorities first need to review the latest submissions before deciding whether to grant approval. read more

The repeated process, only open to those who expressed an objection in previous public consultation rounds but were not satisfied with the response from Tesla or the environmental ministry, will run from Nov. 2-22, the statement said.

A Tesla spokesperson said the company was maintaining its target to begin producing cars before the end of the year and then ramp up as quickly as possible.

Authorities decided to repeat the process after environmental groups disputed in a separate case also moved online that citizens were not warned far enough in advance that the consultation would be digital, prompting concern that the same applied to the Tesla consultation.

“Since, in the absence of sample cases, it is difficult to assess which legal opinion the administrative courts in Brandenburg would adopt in the event of a lawsuit, the licensing authority decided to repeat the online consultation in the emissions control procedure for the vehicle factory for reasons of legal certainty,” it said.

Objections submitted in the previous round will still be valid, the statement said.

In his two-year battle to get production running at the site, Musk has expressed irritation at German laws and processes, arguing complex planning requirements were at odds with the urgency needed to fight climate change. read more

The factory and adjacent battery plant are set to produce at least 500,000 battery-electric vehicles a year and generate 50 Gwh of capacity, outstripping German competitors on both fronts.