Tesla looks to pave the way for Chinese battery makers to come to U.S.

Tesla looks to pave the way for Chinese battery makers to come to U.S. 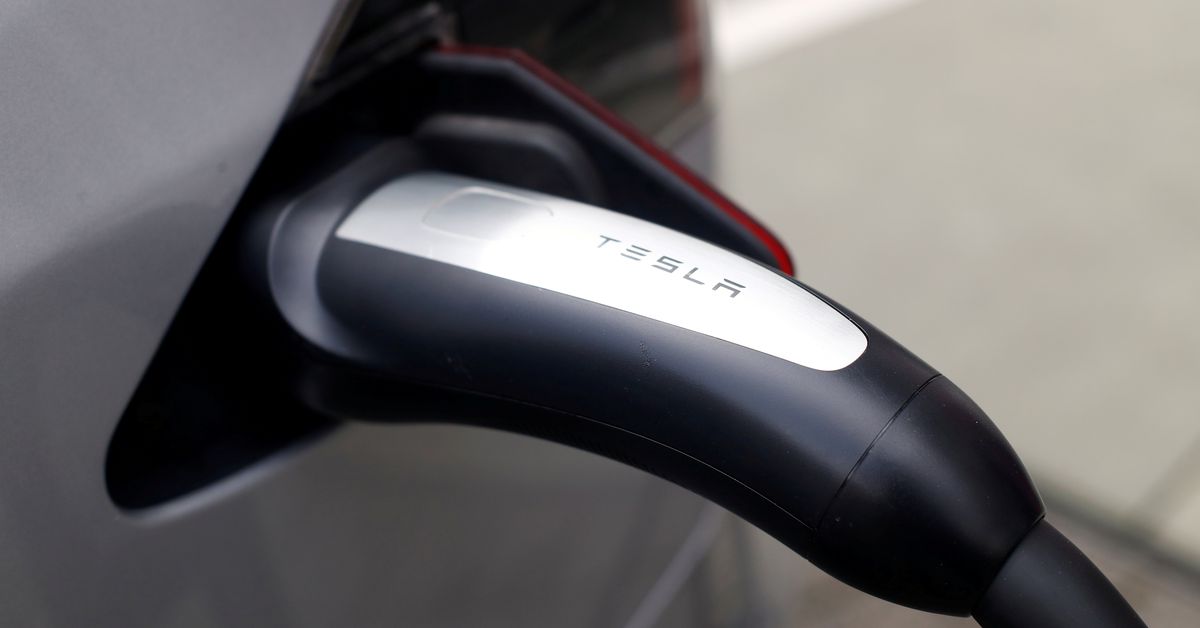 Oct 21 (Reuters) – Tesla Inc (TSLA.O) wants to shift to a less expensive battery for its electric vehicles but first needs to figure out how to overcome political tensions to get a Chinese partner to build the iron-based batteries near its U.S. factories.

The world’s two biggest economies have yet to resolve disputes over tariffs, intellectual property rights and Chinese incursions into Taiwan’s air defense identification zone. And China’s sweeping regulatory crackdown, aimed largely at the technology sector, could pose yet another hurdle.

China dominates the production of iron-based batteries thanks to a series of key patents, which have allowed the country to make 95% of the world’s Lithium Iron Phosphate (LFP) batteries.

However, these patents expire soon and Tesla said it plans to adopt LFP batteries in its fleet of standard-range vehicles globally and move battery production closer to its factories. read more

“Our goal is to localize all key parts of the vehicles on the continent,” Drew Baglino, senior vice president of powertrain and energy engineering at Tesla, told investors. Tesla is building factories in the United States and Germany.

“We’re working internally with our suppliers to accomplish that goal, and not just at the end-assembly level but as far upstream as possible.”

The company did not provide additional details about the decision and was not immediately available to comment.

LFP technology is considered to be cheaper and safer than nickel-based batteries, although they lack the same energy density as nickel-based ones to allow cars to travel farther on a single charge.

The technology has garnered interest from EV makers and Reuters reported in June that Apple Inc (AAPL.O) is in early stage talks with China’s CATL (300750.SZ) and BYD (002594.SZ) to get LFP batteries for its planned electric vehicles and wants them to build factories in the United States. read more

But CATL is reluctant to build a factory in the country due to political tensions between Washington and Beijing as well as cost concerns, people said at that time.

“Our customers, they do not want to be caught in this political crossfire,” said the U.S. startup, which is looking at setting up production lines to challenge China’s dominance.

CATL is probably better off manufacturing in China, as that is where they have access to the world’s lowest-cost materials, Roth Capital analyst Craig Irwin said.

“A U.S. facility would need a better U.S. supply chain to get similar to the low cost available in China.”

President Joe Biden has made it a priority to support the rollout of electric vehicles to combat climate change, but battery constrains could remain a key hurdle to his ambitious plan.

China is the largest global EV market and dominates the supply chain for the manufacture of lithium-ion batteries, including the processing of minerals and raw materials.

Last year, CEO Elon Musk said Tesla would use LFP batteries for its China-made Model 3, saying the move would free up battery capacity for the Semi truck and other vehicles that require higher-density, long-range batteries based in nickel.

Since then, Musk has pledged to use the tech in more products.

The company is facing higher costs primarily due to rising prices of cobalt, nickel and aluminum . Tesla uses these materials to make its batteries.

Reporting by Hyunjoo Jin in San Francisco and Subrat Patnaik in Bengaluru; Editing by Lisa Shumaker