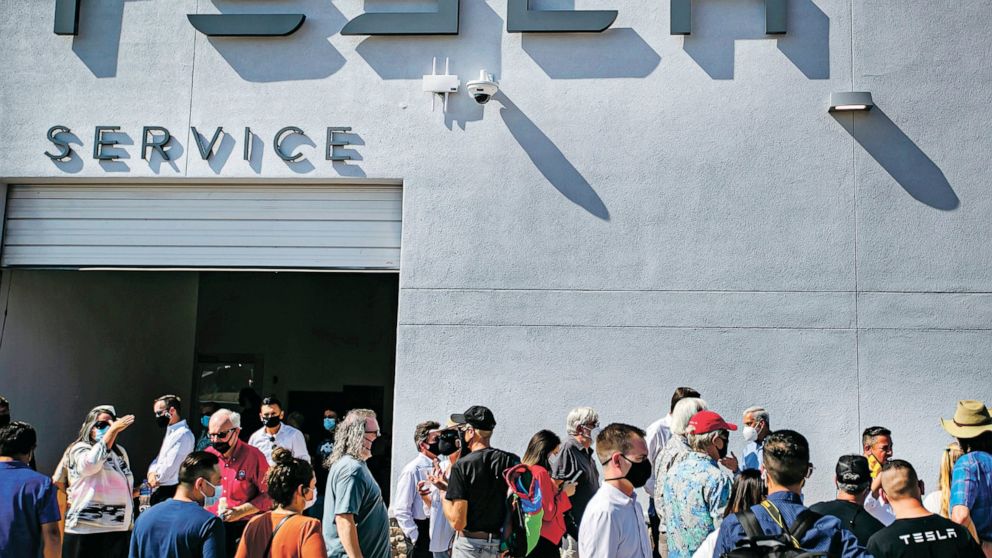 NAMBÉ, N.M. — Carmaker Tesla has opened a store and repair shop on Native American land for the first time, marking a new approach to its yearslong fight to sell cars directly to consumers and cut car dealerships out of the process.

The electric car company can only sell and service its vehicles freely in about a dozen states, while it faces restrictions in others. Some, like New Mexico, ban Tesla from offering sales or repairs without going through a dealership. In January, the company struck a deal with Michigan to resolve a 2016 lawsuit, a symbolic victory that allowed it to sell in the backyard of the nation’s largest carmakers.

Supporters of Tesla say the shop in New Mexico marks the first time the company has partnered with a tribe to get around state laws, though the idea has been in the works for years.

From Oklahoma to Connecticut and other states, consumers can’t buy Teslas because the company won’t partner with dealerships and hasn’t been successful in winning over the courts or lawmakers to allow its direct sales model.

“These states have lots of sovereign Native American nations in them that could be interested in Tesla,” said Brian Dear, president of the Tesla Owners Club of New Mexico. “I don’t believe at all that this will be the last.”

New Mexico, Alabama, and Louisiana have the strictest bans, barring Tesla from both operating dealerships and repair shops. That makes repairing a Tesla more expensive and more of a hassle. Owners have to get their cars serviced in neighboring states or through traveling Tesla technicians who fix problems with what they have in a van.

The New Mexico Tesla shop, built on the site of a former casino, is nestled between two gas stations along a highway about an hour and a half north of Albuquerque, where most of the state’s Tesla owners live, Dear said.

While sales are prohibited in neighboring Texas — where the company plans to make its pickup trucks next year — repair shops are allowed. New Mexico Tesla owners have been traveling to El Paso, Texas, or other out-of-state cities to get repairs.

To buy a Tesla, they have to drive hours to pick them up or pay thousands of dollars to have them shipped.

“We drove a gas car — Volvo station wagon — to Denver and then I was the ‘lucky one’ who got to drive the gas-powered car back,” said Howard Coe, a filmmaker who works for a laboratory in Los Alamos, New Mexico, about 30 minutes from Nambé and about five hours from the nearest Colorado Tesla store.

Coe drove his wife’s Tesla sedan to the new store in Nambé on Tuesday to ask if an SUV he ordered can be delivered there. The store told him it’s not accepting deliveries for the foreseeable future and won’t do repairs until later this month.

Tribal officials who brokered the deal over a two-year period say it lines up with business interests and cultural values like caring for the environment.

The tribe “has the responsibility to the land where we have resided for over 1,000 years,” said Carlos Vigil, president of the Nambé Pueblo Development Corporation, calling Tesla’s service center “a renewable business that lines up with our belief system.”

Car dealership advocates say they respect the tribe’s decision but that they hope customers will buy electric cars from companies that follow state rules, arguing dealerships compete to lower prices and can service vehicles in more parts of the state.

“We have competition, we have the expertise, we’re in your local communities,” said Ken Ortiz, president of the New Mexico Automotive Dealers Association. “We contribute to the taxes.”

New Mexico has tax treaties with the tribe for sales, gambling and gasoline taxes. But tribal and state officials say it’s unclear if Tesla will have to pay vehicle sales taxes or how the revenue would be split between them.

Tesla, which dissolved its public relations department and generally doesn’t answer media inquiries, did not respond to a request for comment.

Attanasio is a corps member for the Associated Press/Report for America Statehouse News Initiative. Report for America is a nonprofit national service program that places journalists in local newsrooms to report on under-covered issues. Follow him on Twitter: https://twitter.com/viaCedar

Hong Kong start-up Prenetics to list in the U.S. through $1.7 billion SPAC deal