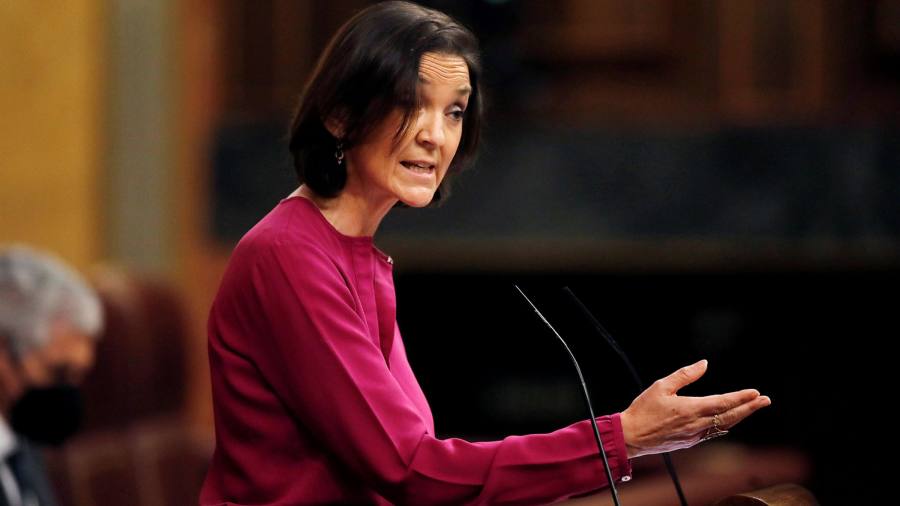 Spain has finalised its landmark plan to spend €140bn from the EU coronavirus recovery fund as Pedro Sánchez’s government seeks to respond to criticism that it has centralised control over the money and that the immediate economic impact may be less than hoped.

The Socialist prime minister argues that the plan, set to be formally submitted for EU approval on Friday, will transform the country’s economy in the same way that Spain’s entry into the European Community did in 1986.

In addition to the €70bn of grants that Madrid plans to tap between 2021 and 2023, the government intends to take out an equivalent amount of loans from 2024 to 2026. It has also proposed over 100 accompanying reforms.

EU nations including Portugal, Germany and Greece have already submitted their plans but others are set to miss Friday’s deadline, after which the European Commission will have two months to assess the schemes ahead of member states’ decision on releasing the funds.

Spain, which has suffered greatly from the pandemic in human and economic terms, is one of the countries set to receive most from the €750bn recovery fund, formally known as Next Generation EU.

Political rivals and some business figures have accused Mr Sánchez’s government of insufficient transparency over how it will allocate the money, while economists — including some at the Bank of Spain — have worried that the resources may not deliver as much growth as the government predicts.

The government has already revised down its growth forecast for this year from 9.8 per cent to 6.5 per cent, partly because some EU funds are set to be spent later than it had hoped.

This week the opposition-run administration of Andalucía complained it had had no word from the central government since January about the fund — from which the southern region hopes to receive €35bn.

But, in an interview with the Financial Times, Reyes Maroto, Spain’s industry and tourism minister, said the planning process was open and responded to sectors’ demands.

“We’ve been as transparent as a government can be, setting out spending in the budget,” she said. “There has been a dialogue with all the actors to design the vision that we want for Spain.”

She added: “In the case of industry we have received more than 700 projects, with a total value of €30bn, but I have [just] €4bn to invest over three years . . . The tourist sector has asked me for €5.2bn to develop its strategic project; I have €3.4bn.”

Maroto said EU funds would contribute to €10bn of projected investment in a planned electric car hub, and that the country also sought to boost its pharmaceutical sector, in line with plans to increase self sufficiency and manufacturing’s share of GDP, which has declined so far this century from 16 to 11 per cent.

At present, Spain is seeking to reach agreement with the commission over how much state aid is permissible for a battery factory intended to supply carmakers such as Seat — an issue Maroto said needed to be resolved soon.

She argued that, because Spain was borrowing €27bn in advance of the funds, it was at an advantage compared with countries that have to wait for the commission to approve their recovery plans before disbursing funds.

“Since we have set this out in the budget, we can now carry this out already,” she said. “We know the money is going to arrive.” The government has, for example, already authorised the disbursement of €731m in advance funds to help caregiving for the elderly and modernise social services.

But Maroto said details in many areas still had to be filled in. “We have set out the structure in the plan; now we have to land the [specific] projects,” she said.

The government has been criticised for lack of clarity concerning the three most sensitive reforms in the plan — affecting pensions, the labour market and the country’s fiscal balance.

It says it hopes this year to reach agreement with unions and business on labour reform and to strike an initial deal on pensions — but that at present economic growth and job creation take priority over fiscal reform.