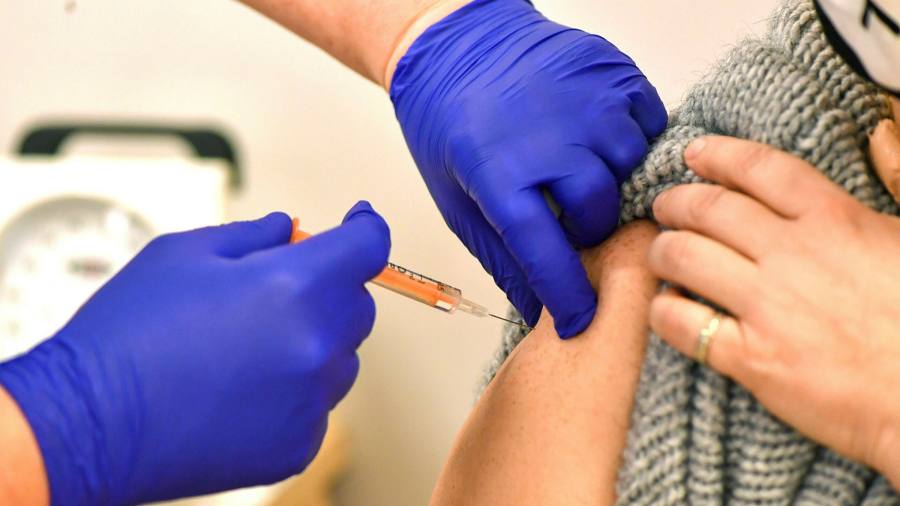 More than 500 elderly people developed Covid-19 symptoms severe enough for them to be hospitalised at least three weeks after vaccination, 113 of whom later died, according to the first detailed study of “vaccine failure” in the UK.

The research, commissioned by the government’s Scientific Advisory Group on Emergencies (Sage) and undertaken by the Isaric Coronavirus Clinical Characterisation Consortium, analysed 52,280 patients hospitalised from December 8 when the UK vaccine rollout began.

Patients who had been vaccinated more than three weeks previously — meaning they should have benefited from immune protection against Covid-19 — made up 1 per cent of the hospitalised sample. About one-fifth of this group died from the disease.

Professor Calum Semple of the University of Liverpool, Isaric co-lead, said: “This is real world data showing that the vaccines work but it is not unexpected that it also shows some vaccine failure — mostly in the frail elderly population.”

He added that the absolute numbers of people dying this way are “very small” compared to the total vaccinated population.

The researchers say the overall findings show that vaccination greatly reduces the risk of hospitalisation and death, consistent with clinical trial results, though the design of their study does not allow them to calculate an overall efficacy figure for the vaccines.

The US Centers for Disease Control published a detailed case-controlled study this week of 417 patients in 24 hospitals, which found that the BioNTech/Pfizer and Moderna vaccines were 94 per cent effective at preventing hospitalisation after two doses and 64 per cent after one dose. Most people in the UK Isaric study had received only their first dose of Pfizer or Oxford/AstraZeneca vaccine.

The CDC is also carrying out a broader survey of what it calls “vaccine breakthrough cases” of Covid-19 in the US. By April 20 it had received 7,157 reports of infections in people who had been fully vaccinated, including 2,078 hospitalisations and 88 deaths.

“Reported vaccination breakthrough cases will represent an undercount,” said CDC, because the data are incomplete and depend on voluntary reporting. “No vaccines are 100 per cent effective at preventing illness. There will be a small percentage of people who are fully vaccinated who still get sick, are hospitalised or die from Covid-19.”

Semple made the same point about the Isaric research. “We feel this is a story about vaccine success but within broader society there is suspicion of vaccine data,” he said, adding that the study was a response to “the feeling by some that we were not looking hard enough at vaccine failure”.

Dr Annemarie Docherty of Edinburgh university, a co-author of the Isaric study, said: “We are talking about statistics but if it is your granny who was vaccinated and died later with Covid, it is a personal tragedy.”

The study showed that, among people hospitalised with Covid-19, those who had been vaccinated were as likely to die as those who were not. “This is not a surprising conclusion,” said Dr Peter English, an independent vaccines expert who looked at the Isaric findings ahead of publication.

“Once the immune overreaction phase of the illness starts — and it is usually this that causes illness severe enough to require hospital admission — the presence of the virus is no longer a factor in the subsequent course of the illness,” he explained. “At this point treatments that attack the virus are of little or no value.”

Covid vaccinations are slowing as supply outstrips demand. How states are targeting who's left

US wages and benefits jump as economy reopens