Four weeks after a turbulent transition in the US, and amid one of the worst pandemics of modern times, the head of chemicals multinational Solvay is calling on President Joe Biden to give businesses the clarity they need to help spur recovery of the world’s biggest economy.

Ilham Kadri, the first woman to run the 158-year-old company that generates about a third of its €10bn annual sales in the Americas, says Biden must provide clarity on tax reform, regulation and the country’s relationship with China.

“We need to understand the types of reforms that will allow business to start planning,” Kadri said in an interview with the Financial Times. “Predictability is important to us . . . This transition has not been smooth, so now is the time to have more visibility.”

She added: “I fully anticipate there will be new complexities for our business to navigate.”

Kadri has been chief executive at Solvay for two years. As a woman running a diversified chemicals and materials company, she is a rarity. Women at the top of global companies — industrial ones to boot — are still “anecdotes”, she said.

But the Moroccan-born executive, who holds a PhD in macromolecular physico-chemistry, is far more than an anecdote for Solvay’s investors. They are pinning their hopes on this granddaughter of an illiterate cleaner to manage one of the worst crises in its history, and to deliver on the promise of a group that has spent a decade reshaping its portfolio.

“Solvay’s total shareholder returns lagged peers and . . . cash flow was highly volatile” said Kadri, describing what she found when she took the helm of the Belgium-based company, still 30.7 per cent owned by its founding family.

“It was a very complex portfolio. We had done 50 M&A deals in the past decade . . . We were labelled as buying high and selling low.”

Kadri’s assessment is based on her experience at multinationals such as Dow Chemical and Sealed Air, where she was given the task of turning round its hygiene and cleaning services group Diversey. Barely two years after that business was acquired by Bain Capital, she was poached by Solvay.

Since Kadri arrived, she has launched the sale of six businesses, part of the strategy unveiled in November 2019 to position the group in three areas — materials, chemicals and a category called “solutions”. 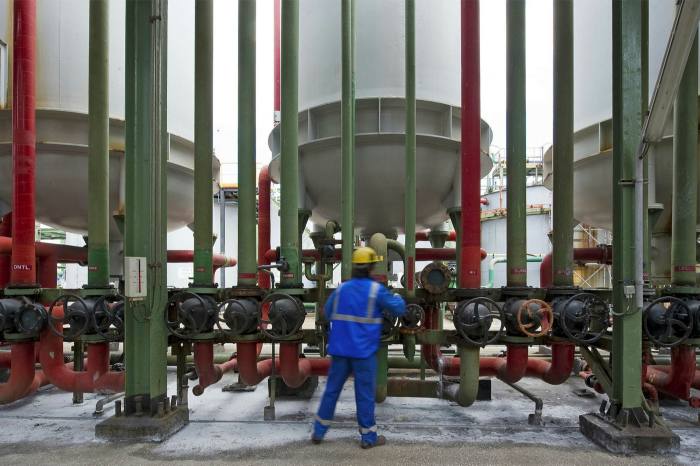 This last is, by her own admission, a mixed bag including flavours and fragrances, and additives used in the oil and gas industry, many of which could eventually be up for sale.

When the group announces its annual results on February 24, further news on disposals is likely.

But Kadri’s most important achievement since arriving has been to deliver record cash flow during a global recession and pandemic.

For the first nine months of 2020, as the coronavirus ravaged the group’s core automotive and aerospace markets, Solvay generated €801m in free cash, thanks to rapid action on costs and working capital.

“The company exhibited proactive cash management in 2020 and that was appreciated,” said Renato Panici, senior credit analyst at S&P Global Ratings. “We are now expecting free cash flow to be 50 per cent higher in 2020 than in 2019.”

Solvay continues to trade at a discount to its European peers, partly due to its complex product portfolio serving markets from aerospace and automotive, to glassmaking and food processing. “Solvay is arguably later than its peers in trying to clean up its portfolio,” said Sebastian Bray, chemical analyst at Berenberg investment bank.

“This is still a big, complicated beast and the group had until recently been less focused than investors would like on converting earnings to cold hard cash.” Pension liabilities may also have weighed on the valuation.

But the mood may be changing. “With her, a fresh culture has come to the company,” said one of the group’s leading shareholders. “It is getting more attractive . . . because of the measures that management — especially Ilham — is taking.”

Kadri says she is reallocating resources — “be it capex or people” — away from low-growth sectors such as oil and gas to high-growth areas such as applications for electric batteries or thermoplastic composites.

Investors also appear to like Kadri’s plan to step up the group’s involvement in sectors deemed to be sustainable.

Solvay recently partnered with France’s Veolia on battery recycling for example, and plans to boost investment in the burgeoning hydrogen economy. Kadri has set a target to generate some 65 per cent of revenues from “sustainable solutions” by 2030, against 50 per cent now. But sustainability is a complex ambition in the chemicals sector, one of the biggest industrial emitters of CO2. Kadri last year unveiled a set of sustainability targets, some of which she openly says she does not yet know how to achieve.

In addition, Solvay faces controversy over its industrial waste. Activist investor Bluebell Capital Partners has targeted the group over the waste from a soda ash factory in Italy. Solvay argues this is natural limestone, not toxic, and in accordance with regulations. But the controversy persists.

The company is also facing legal challenges in the US over alleged contamination to water supplies in New Jersey, while an environmental group has recently filed a petition with the Environmental Protection Agency over alleged health hazards of chemical compounds. Solvay says these allegations are “without merit”.

Kadri concedes that chemical companies have to clean up their act. But she insists that, while the industry “is a part of the problem, it is also part of the solution. There are no electric vehicle batteries without chemicals . . . The question is how to reinvent the business while taking care of some legacy issues.”

Many investors accept these controversies as inevitable, along with the hefty provisions set aside for potential claims.

“This litigation is part of being a chemical company,” said Frank Claassen, senior equity analyst at Belgium’s Degroof Petercam merchant bank. “Of course, it is not all sustainable yet. But the intention is there.”

Yet, as investors themselves are being held accountable for their choices, companies can no longer presume that simply provisioning for potential claims will suffice.

“These problems have to be solved,” the leading shareholder said. “Even if there is nothing illegal . . . companies who have issues on that front will be less investable. The company has to address this. There is no other choice.”

Five things to look out for in HSBC strategy update