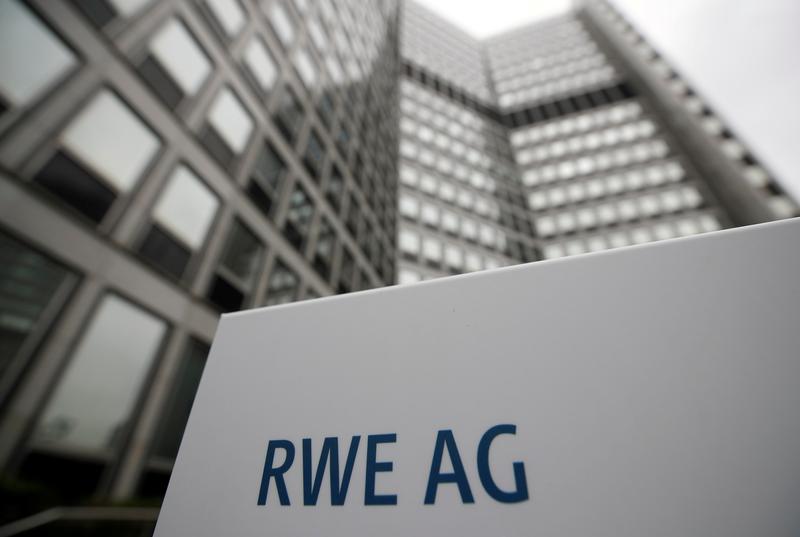 FRANKFURT (Reuters) – RWE, Germany’s largest power producer, on Thursday warned that Arctic temperatures hitting the U.S. state of Texas put some of the group’s local onshore wind farms out of service and forced it to buy electricity at sky-rocketing costs.

As a result, RWE, which is Europe’s third-largest renewables player, said it expected a low-to mid-triple-digit million euro hit to adjusted earnings before interest, tax, depreciation and amortisation (EBITDA) at its onshore wind/solar segment in 2021.

The United States account for 38% of the roughly 9 gigawatts of installed renewables capacity RWE owns globally, making them the utility’s largest market by that measure.

RWE said part of its onshore wind fleet in Texas had been partly out of service from Feb. 9 because of icing and grid issues that have dealt a major blow to the United States’ second-largest state.

“I would like to thank all our employees who are working hard to get through this difficult situation for all families in Texas.”

Hundreds of thousands of homes in Texas are coping without heat for a fourth day on Thursday after utilities made some progress restoring power while freezing temperatures are expected to last through Saturday.

The crisis has led power prices to spike as high demand from residential heating clashed with lower availability of plants, RWE said, forcing the company to buy volumes for as much as $9,000 per megawatt hour to meet its supply obligations.

Australia to continue talks with Facebook's Zuckerberg over media code

U.S. insurers brace for hefty claims from Texas storm once thaw sets in