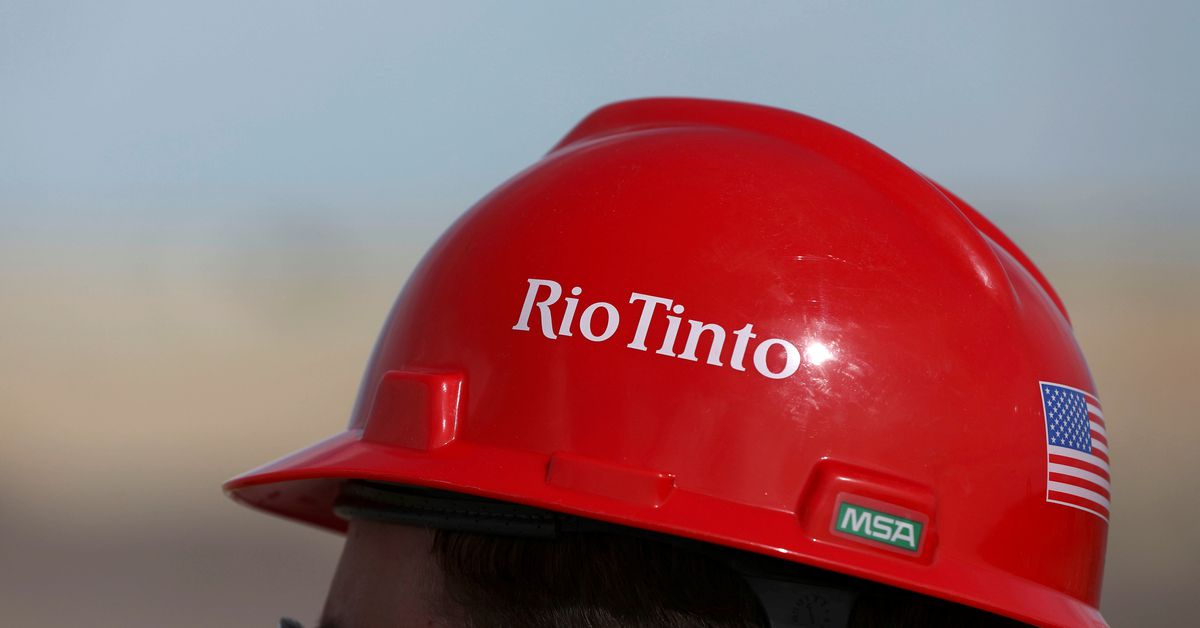 The Rio Tinto logo is displayed on a visitor’s helmet at a borates mine in Boron, California, U.S., November 15, 2019. REUTERS/Patrick T. Fallon/Files

A tight global supply chain also added to its troubles, the company said.

“There are some clear headwinds from recent regulatory tightening (in China) and the transition may lead to some near-term volatility,” Rio said.

Iron ore prices have nearly halved since hitting a record peak in mid-May, with demand hurt by China’s steel output curbs and a sharp slowdown in the country’s property activity due to a regulatory crackdown. read more

Reporting by Indranil Sarkar and Sameer Manekar in Bengaluru; Editing by Devika Syamnath