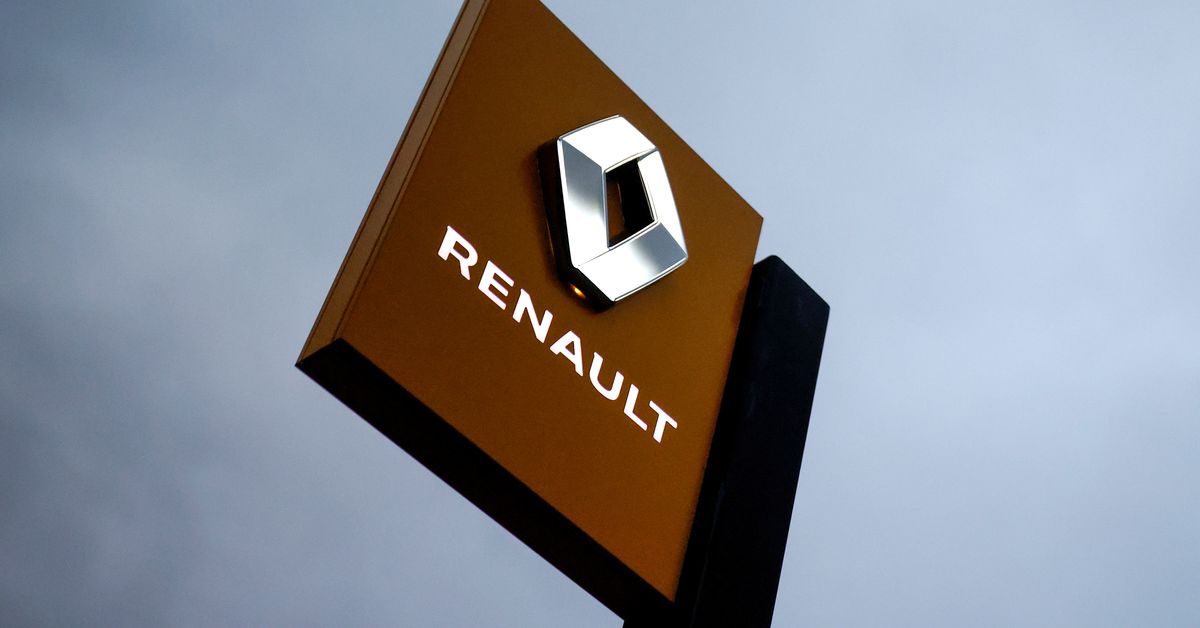 The logo of carmaker Renault is pictured at a dealership in Vertou, near Nantes, France, January 13, 2021. REUTERS/Stephane Mahe

French carmaker Renault (RENA.PA) said on Wednesday it will combine three of its plants in northern France into a new legal entity, Renault ElectriCity, that will produce 400,000 vehicles a year by 2025.

Confirming what Reuters reported earlier this month, Renault said in a statement the new entity would lead to the creation of 700 jobs spread across the various sites, which currently employ nearly 5,000 people, by 2025. read more

Renault, which is looking to produce fewer and more profitable cars under its new boss Luca de Meo, is grappling with rising competition in the market for electric cars, an area where it had an early lead but bigger rival Volkswagen is (VOWG_p.DE) is catching up.

“Renault Group and the representative trade unions (CFDT, CFE-CGC, CFTC, CGT, FO and SUD) have signed an agreement for the future of the Renault sites in the Hauts-de-France region”, the carmaker said.

“This agreement gives birth to Renault ElectriCity: the legal entity wholly owned by Renault SAS and grouping together the industrial sites of Douai, Maubeuge and Ruitz (…)”, it added.