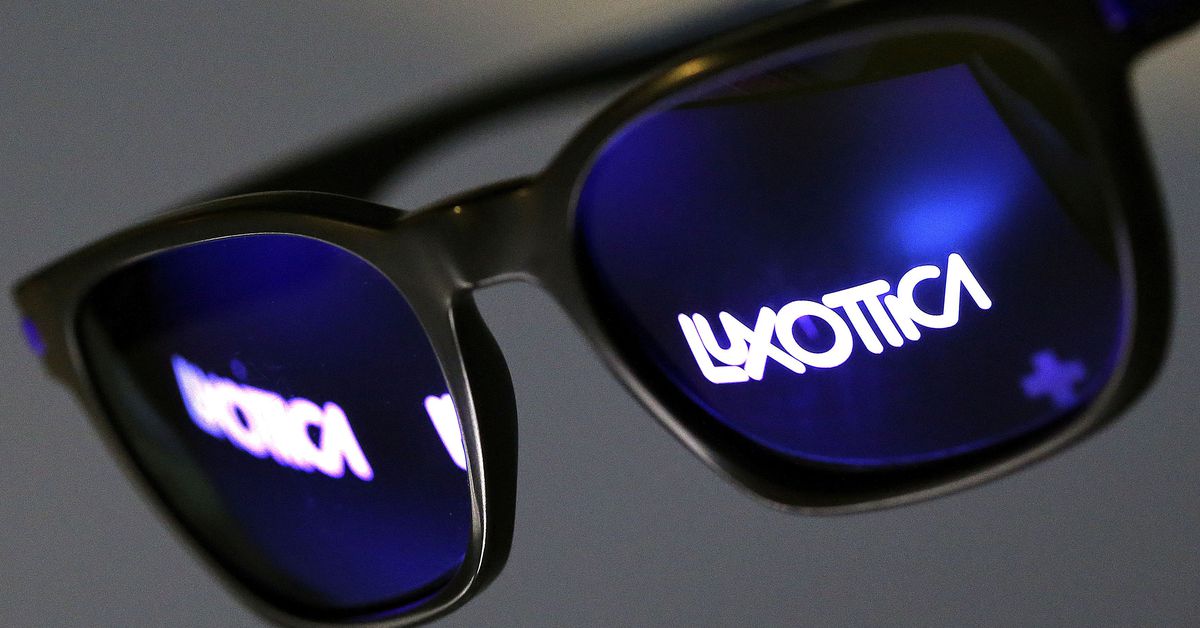 The Luxottica name is reflected in a pair of sunglasses in this photo illustration taken in Rome February 4, 2016. REUTERS/Alessandro Bianchi/

MILAN, July 15 (Reuters) – U.S. and international unions have accused Ray-Ban maker Luxottica, the Italian arm of eyewear giant EssilorLuxottica (ESLX.PA), of violating workers’ right to unionise at a U.S. plant in Georgia and asked the Italian, French and U.S. governments to mediate.

In a statement sent to Reuters, the Communications Workers of America (CWA), together with the AFL-CIO and two other workers’ groups, alleged that managers of the Luxottica plant in McDonough, near Atlanta, Georgia, unleashed an “aggressive and fear-inducing” campaign to discourage its 2,000 employees from seeking union membership.

The filing is an example of non-unionized U.S. factory and warehouse workers seeking the intervention of international labour authorities in their attempt to gain union representation, instead of turning to the domestic National Labor Relations Board (NLRB). Last year, a group of international labour unions complained about McDonald’s (MCD.N) to the OECD, saying the fast-food chain did not adequately address sexual harassment issues.

“The NLRB is really broken,” Tim Dubnau, deputy director of organising at CWA, told Reuters. “We know exactly what’s gonna happen. We go the NLRB, the company stalls and then spends 80 days intimidating people, acting like thugs at work, forcing people to listen to union-busting nonsense.”

The NLRB did not immediately respond to a request for comment.

The CWA said Luxottica – which was founded 60 years ago by Leonardo Del Vecchio and made him one of Italy’s richest men – like other European companies, has good relationships with unions at home but operated differently in the United States, taking advantage of weaker labour laws there.

“I don’t think it’s going to fly when the Italians understand that this company that prides itself on having a good reputation of being pro-worker is treating people in America very, very differently,” Dubnau said.

A U.S. spokesperson for Luxottica told Reuters the company maintains “strong and productive relationships with unions globally, wherever our employees choose to be represented by them.

“In Atlanta, our employees overwhelmingly voted in favour of a direct relationship with us instead of union representation less than three years ago,” the spokesperson added.

“The climate in the United States is changing. Support for unions is growing and President (Joe) Biden has been very clear that his administration believes that union membership is the best way for workers to improve their wages and working conditions,” said CWA spokeswoman Beth Allen.

Just over 6 percent of U.S. private-sector workers belong to unions.

The unions say the Georgia plant managers used a company app called “LiveSafe” to warn employees about the alleged risks of union organising, including that they might lose pay and benefits if they succeed in forming a union.

The unions said the app was originally meant to inform workers on COVID-19 issues. The Luxottica spokesperson said the app was introduced in 2018 and is a valuable platform for reaching employees without access to email.

“We do not believe that having a union is in your best interest or ours,” the website https://luxfacts.com/ says.

“With a U.S. union, the open culture at Luxottica would change. Your ability to be an individual contributor and succeed based on your own merit and hard work might be compromised.”

The OECD requires each member state to have so-called “national points of contact” – or government offices – to review complaints about alleged breaches of its guidelines for multinationals and offer to mediate. But it cannot impose sanctions or force firms to resolve disputes.

The unions also accuse Luxottica’s global management in Milan and Paris of failing to address the situation in Georgia.

The U.S. spokesperson for Luxottica said all employee communications by the company that have referred to unions “are in compliance with U.S. labour laws and common practice for U.S. companies.”

Georgia is a so-called “right-to-work state”, meaning private sector workers cannot be required to join a union or pay dues as a condition of employment.

“These European companies, many of which deal with unions in Europe, exist in a very different environment there,” former NLRB Chair Wilma Liebman said. “Call it Dr Jekyll and Mr Hyde, because these companies sort of have two different operating philosophies.”

Sonia Paoloni, a senior official at Italy’s biggest union CGIL, told Reuters the company had excellent relations with unions in Italy and offered extensive benefits to its 14,000 local workers, including, for example, reimbursing expenses for school books for the children of employees.

“I certainly struggle to recognise the behaviour of Luxottica in Georgia as coming from the same company I know in Italy. If Luxottica did the same things in Italy we would sue them for anti-union activity under our labour laws,” she said.

Powell grilled by grouchy senators over inflation and climate change, even as economy rebounds