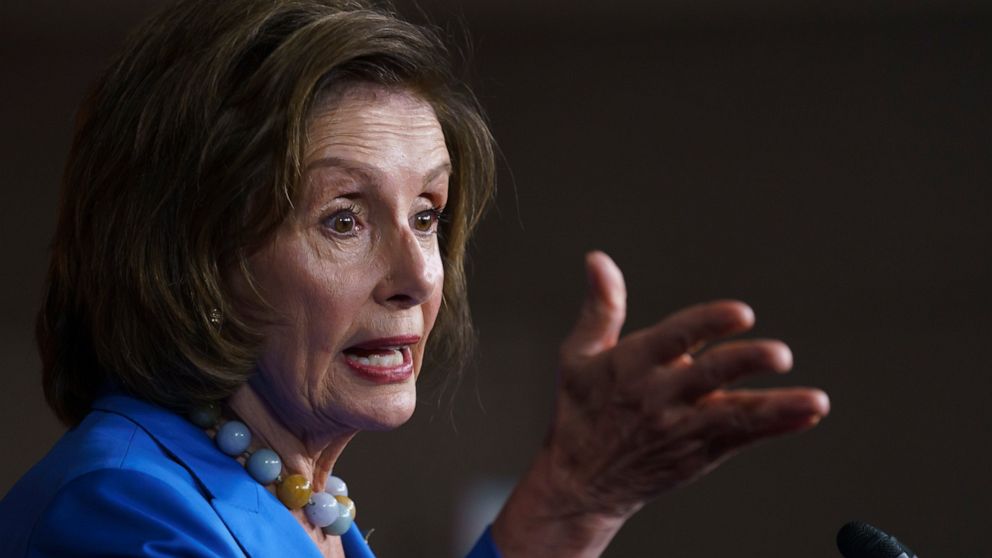 WASHINGTON — Progressive leaders in Congress are warning colleagues against a “false choice” over what to keep or cut as Democrats scale back President Joe Biden’s now-$2 trillion package of social services and climate change strategies.

In a letter Wednesday to House Speaker Nancy Pelosi, Biden and Senate Majority Leader Chuck Schumer, the leaders of the Congressional Progressive Caucus argue the package should not simply be narrowed as centrist lawmakers prefer, but instead kept as Biden’s bigger vision but for fewer than 10 years — “shorter, transformative investments” that could be started quickly and then revisited.

“Much has been made in recent weeks about the compromises necessary to enact this transformative agenda,” wrote Rep. Pramila Jayapal, D-Wash., and other leaders of the 96-member progressive caucus in their letter, obtained by The Associated Press.

“We have been told that we can either adequately fund a small number of investments or legislate broadly, but only make a shallow, short-term impact. We would argue that this is a false choice.”

It’s a debate that has been raging behind the scenes and spilling into public as Biden and his allies in Congress have reached another stalemate, working to chisel what had been a sprawling $3.5 trillion package to the still sizable sum of about $2 trillion — to be paid for with tax increases for corporations and the wealthy.

With the calendar slipping toward a new deadline, Pelosi has warned “difficult decisions” must be made to reach consensus ahead of a self-imposed Oct. 31 deadline for passage.

Republicans are dead set against the package. So Biden and his party are left to deliberate among themselves, with all eyes still on two key holdouts, Joe Manchin of West Virginia and Kyrsten Sinema of Arizona, whose votes are crucial in the evenly divided Senate.

But that is leading to tough questions: Should Biden keep the sweep of his proposals — free childcare and community college; dental, vision and hearing aid benefits for seniors — or scale back to a few key health and education programs that could be more permanent?

The progressives have held great sway so far in the debate, but unless Manchin and Sinema come on board, there is no clear path to a deal, risking its collapse.

In their letter Wednesday, the progressives said their constituents are depending on them to deliver on the far-ranging package of health care, childcare, family leave, education and other investments, including those to fight climate change.

“If given a choice between legislating narrowly or broadly, we strongly encourage you to choose the latter,” they wrote.

The idea, the progressives said, is start the programs “as quickly as possible,” but for shorter durations, with lawmakers free to campaign in the future for their renewal.

“This will help make the case for our party’s ability to govern, and establish a track record of success that will pave the way for a long-term extension of benefit,” they wrote.

They also argued against linking the programs to low or modest income levels, saying all Americans should be able to benefit.

Despite the rising ranks of progressives in the House, Pelosi has appeared to side with some of the more centrist lawmakers, who are among those most at risk of losing their seats, and the party’s slim hold on the majority, in next year’s midterm elections.

“Overwhelmingly, the guidance I am receiving from members is to do fewer things well,” Pelosi said in her own letter this week to colleagues.

The moderate lawmakers have argued that it would better to narrow the scope of the legislation and make any changes more lasting.

Rep. Suzan DelBene of Washington state, chair of the New Democrat Coalition, made that case during a meeting of moderate lawmakers last month at the White House.

The group has focused on just a few main priorities, including two that emerged in the COVID-19 aid packages — extending the child tax credits that are funneling about $300 a month to most families but expire in December, and making permanent the higher health care subsidies that were offered during the pandemic to those who buy their insurance through the Affordable Care Act. Those moderates also want to expand the ACA into states, largely those run by Republican governors, that have rejected it under previous federal funding proposals.

Time is growing short for the president on his signature domestic policy initiative, which has consumed much of his fitful first year in office.

Biden’s approval rating is down after a turbulent summer, and impatience is growing, particularly among House members heading into tough elections and eager to show voters an accomplishment.

Conversations continue quietly with Manchin and Sinema, who have infuriated their colleagues by holding up the package while not making fully clear what they are willing to support or reject.

Manchin’s priorities are largely in line with his party on the tax side of the equation, according to a memo he shared over the summer with Senate Majority Leader Schumer, but diverge on spending.

European rival to PayPal and Square makes $317 million acquisition to expand in the U.S.

Welcome to Britain, the bank scam capital of the world