Calls from pro-Beijing figures in Hong Kong to radically reform the territory’s judiciary could spell “the end of the present legal system”, the new head of the city’s Bar Association has warned.

The suggested changes include forcing judges to consult a new council made up of members of the community before handing down sentences, a move that Paul Harris said would potentially undermine judicial independence in the city.

The proposed council would amount to “a powerful body which would tell judges what to do” and would be “a major backward step”, he told the Financial Times.

A human rights specialist and Cantonese speaker, Harris also practises in London where he is a member of Doughty Street Chambers. He was elected head of Hong Kong’s Bar Association last month as the city’s legal profession grapples with the profound implications for rule of law of wide-ranging national security legislation.

Introduced last year to deal with widespread anti-government protests, the law punishes loosely defined crimes such as collusion with foreign forces or subversion with up to life imprisonment.

The imposition of the law comes as the Hong Kong government cracks down on opposition leaders as well as teachers, the media and non-government organisations. 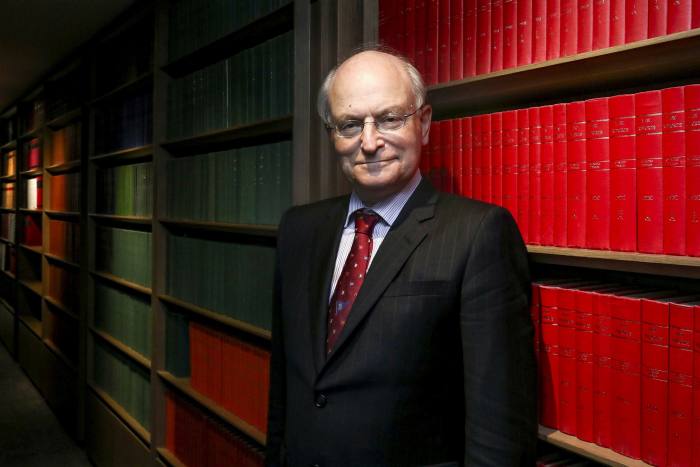 The city’s internationally respected legal system has been left relatively untouched but some pro-Beijing figures are eager for change.

Harris suffered a barrage of criticism from China’s state media and central government last month after he suggested some provisions of the security law, such as allowing suspects to be taken to the mainland for trial, should be changed.

CY Leung, a former Hong Kong chief executive, has called for Harris to resign, while the Hong Kong and Macau Affairs Office, the central government supervisory authority for the territory, has accused Harris of colluding with foreign forces.

Some barristers believe the central government is trying to divide the Bar Association so that its pro-Beijing members can force Harris from his post.

“They are petrified and horrified,” one barrister said of attendees at a meeting of the organisation this month. Members were sharply divided over how to respond to the pressure from Beijing.

“There is a debate . . . about when it’s right to speak up for what is right and when it’s better to keep your head below the parapet,” Harris said, adding that leading the Bar at this time was like “helming a yacht in a storm”.

Harris said he was keen to engage with Beijing over the future of the legal system but there were some issues on which the Bar could not compromise. Signs of positive engagement with Beijing were “not encouraging”, he said.

The city’s legal issues have attracted international attention after British barrister David Perry last month backed out of representing the Hong Kong government in a case against senior pro-democracy figures in the territory after pressure from the UK government.

Those being tried included Martin Lee, the lawyer known as Hong Kong’s father of democracy, and Jimmy Lai, the media tycoon, over their alleged involvement in anti-government protests in 2019.

Some parliamentarians in Westminster have called on the UK’s Supreme Court to stop a practice of allowing British judges to serve on Hong Kong’s Court of Final Appeal.

Harris, who was keen for Perry to return to Hong Kong, said that would be a mistake. “It would have a terrible effect on morale . . . and it would be one of the single most disastrous things that could happen to Hong Kong.”