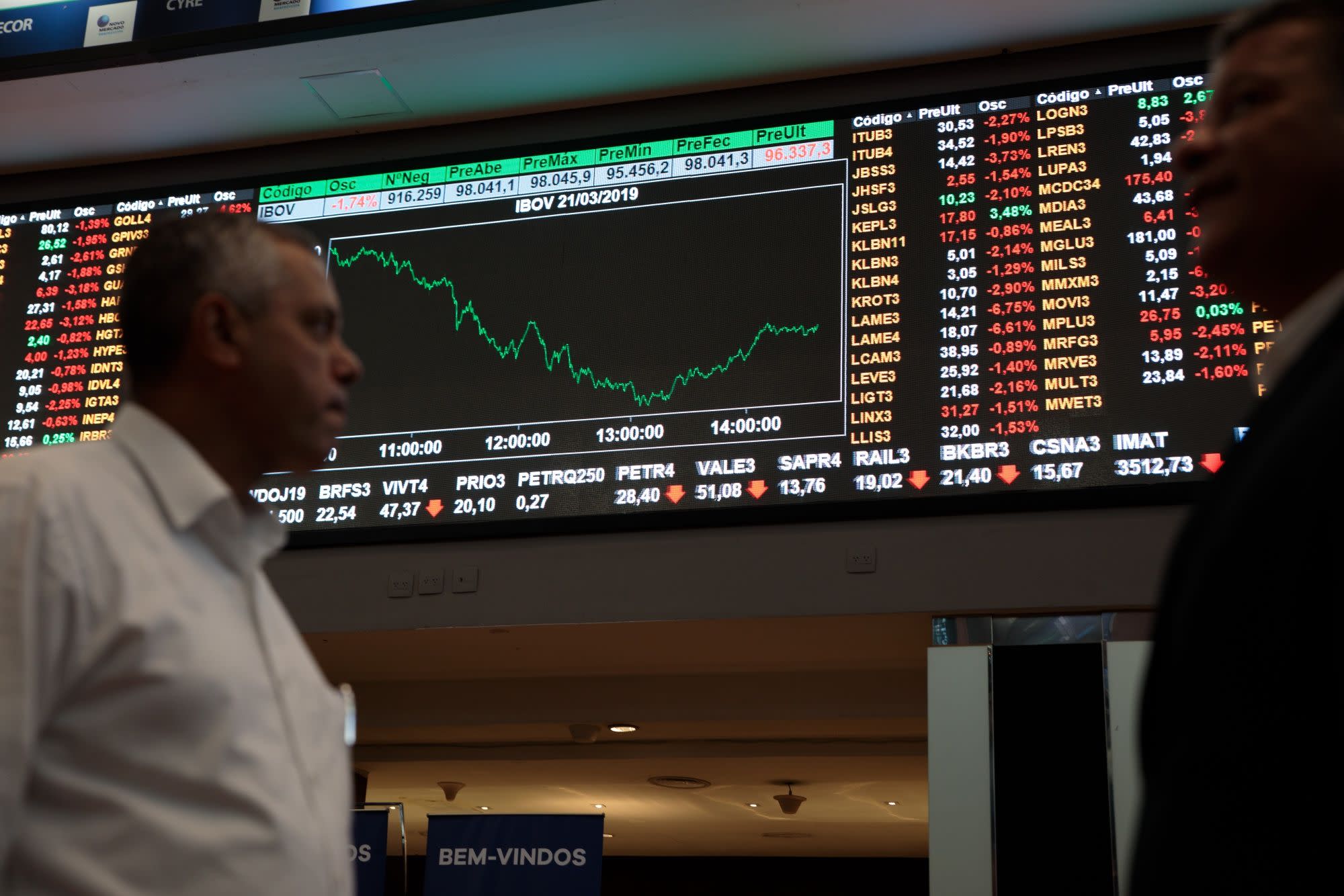 (Bloomberg) — The plunge in Brazilian markets Monday was unlike any the country has seen since the early days of the pandemic last year. Investors unloaded everything from state-run companies to bonds and the currency after President Jair Bolsonaro ousted the head of oil giant Petrobras, sparking worries of government meddling and a break with his administration’s market-friendly pledges.

The real was among the worst performers in the world even after the central bank stepped in to prop it up. Stocks also lagged major peers, falling 4.9%, the most since April, and sovereign dollar bonds led losses among emerging markets. Petrobras shares tumbled 22%, the most in almost a year, leading state-controlled companies lower.

“These negative signals generate fear among investors, and logically disinvestment from the country eventually,” said Gregorio Velasco, head of institutional fixed income funds at Bci Asset Management in Santiago. “We’re paying attention to this development because it can have broader, more relevant implications for the Brazilian market.”Below are the main market moves:

The real breached the key 5.5 per dollar level that had been serving as support for the currency and extended losses to as much as 2.7% before the central bank stepped in offering dollars through foreign-exchange swaps. The currency ended the day down 1.3% at 5.4591 per dollar, the second-worst performance among 31 major currencies tracked the Bloomberg.

The Ibovespa fell 4.9%, the most since April. Petrobras shares led losses, falling 22% on high trading volume as analysts from Credit Suisse Group AG to JPMorgan Chase & Co cut their recommendations. Put options on the stock surged as much as 1,310%.

Banco do Brasil SA and Eletrobras, which are also controlled by the Brazilian government, also fell on Monday. Earlier, O Globo columnist Lauro Jardim reported Bolsonaro was planning to replace the Banco do Brasil CEO — who was already subject to political pressure

Swap rates jumped 11 to 22 basis points across the curve as the real plunged. DI contracts are now pricing in 44.5 basis points in rate hikes at the next central bank meeting in March, from 38 on Friday, showing traders are increasing bets on a half-percentage point rate hike next month.

Brazil’s risk premium as measured by the five-year credit default swaps widened 22 basis points to 187, the biggest jump since September, according to ICE Data Services. The move contrasted with Markit’s CDX EM index, which was little changed.

Petrobras’s five-year CDS jumped 35 basis points to 229, the highest since November. The market implied default probability over the next five years was at 13.9%.

Cherokee chief: Time for Jeep to end use of tribe's name