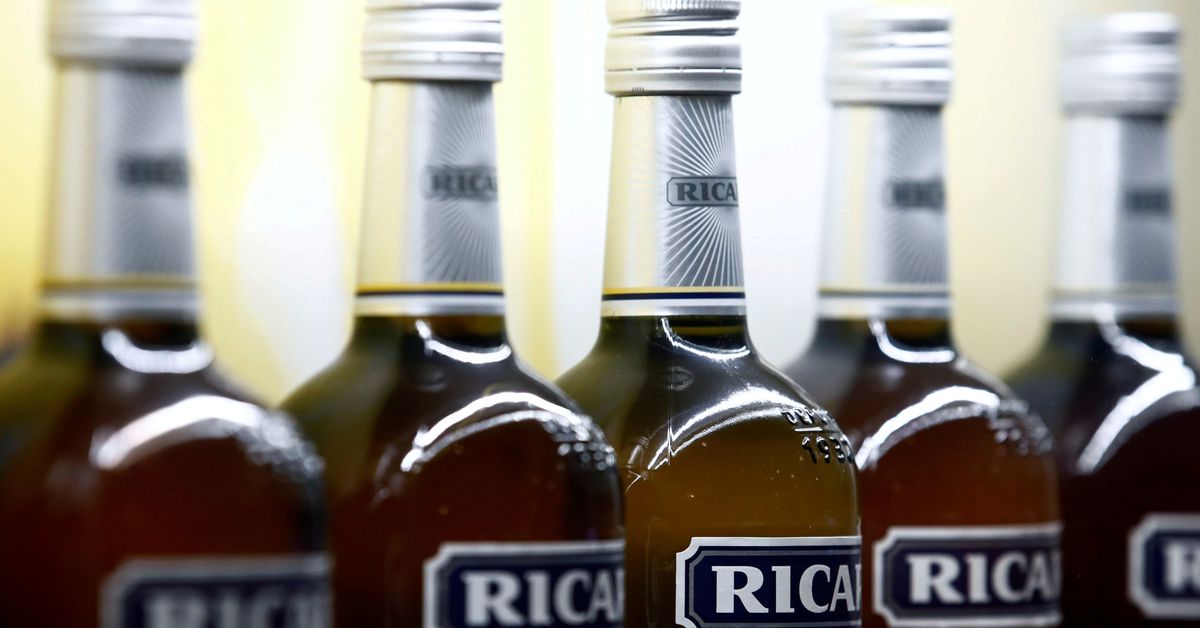 PARIS, Oct 21 (Reuters) – French spirits maker Pernod Ricard (PERP.PA) said it expected sales growth to continue through its 2022 fiscal year, although it could moderate a touch, after strong demand in China, the United States and India helped it deliver a forecast-beating 20% growth in the first quarter.

Pernod, the world’s second-biggest spirits group behind Diageo (DGE.L), said consumption by people staying at home remained resilient, while the re-opening of bars and restaurants also lent support. Travel retail was still subdued although the company benefited in the quarter from a low comparison basis.

“We expect good sales growth to continue through FY22, albeit moderating versus Q1. We will continue to implement our strategy, notably accelerating our digital transformation and re-investing to seize present and future growth opportunities,” Chairman and Chief Executive Officer Alexandre Ricard said in a statement.

In fiscal 2022, Pernod Ricard will invest significantly in advertising and promotion (A&P) and structure costs and implement half of its already announced 500 million euros share buyback programme in the first half.

The strong start to the year reflected in a 9% sales jump in the United States, Pernod Ricard’s top market, with good replenishment ahead of the festive season and a rebound in demand for Jameson Irish whiskey as bars and restaurants reopened after COVID restrictions were eased.

In China, sales jumped 22%, driven by demand during the Mid-Autumn Festival and Martell cognac price hikes. China contributes around 9% to Pernod’s sales and is its second-largest market.

Global travel retail sales rose 55% year-on-year, returning to growth in all regions and benefiting from a very favourable comparison basis.