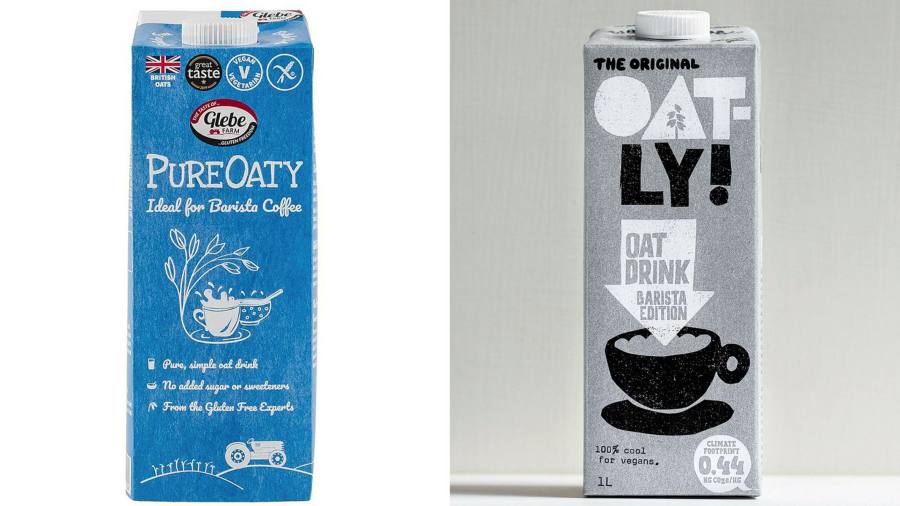 Oatly, the Swedish oat milk maker with a market value of $15bn, has taken legal action for trademark infringement against a Cambridgeshire-based family farm over its PureOaty drink.

The Malmo-based group accuses Glebe Farm Foods, which specialises in gluten-free oats, of infringing trademarks including the Oatly brand name and pack design, and of “passing off” the beverage as Oatly, according to documents submitted to the court.

Oatly, which listed in New York last month, is seeking an injunction to stop sales of the PureOaty brand, plus damages and costs. A two-day trial began at London’s High Court on Wednesday.

Glebe Farm Foods, which reported net assets of less than £5m for the year to March 2020, denies the claims, arguing that its own brand launched in 2020 simply “calls to mind the concepts of purity and oatiness”.

The dispute comes as plant milk brands multiply globally to cater for a growing cohort of eco-conscious consumers. Oatly itself is preparing to open a large production facility in Peterborough in eastern England.

Lawyers for Oatly and its UK business claim that when Glebe Farm rebranded its Oat Drink product as PureOaty in 2020, “Glebe Farm’s intention was to bring Oatly’s products to mind and thereby to benefit from the huge power of attraction and reputation of Oatly’s branding”.

They said Oatly’s barista edition, designed to foam like dairy milk for use in coffees, is the best-selling single product in the UK dairy alternatives market, with sales of more than £38m in the year to February 27 2021.

Oatly’s lawyers claim that the name PureOaty calls to mind Oatly, while the product’s blue packaging and image of a teacup also recall the Swedish brand.

Ishen Paran, general manager of Oatly’s UK arm, told the court on Wednesday he suspected the launch of PureOaty was linked with supply shortages of Oatly reported in 2019.

But lawyers for Glebe Farm, which mainly sells oats to third-party manufacturers, called for all the allegations against the Cambridgeshire company to be dismissed.

They said the only features in common between Oatly and PureOaty were “generic features” like the coffee cup and descriptive word “oats”, while pointing out that Oatly does not offer a gluten-free version.

They deny any “deliberate freeriding” and say their own packaging “does not ape the colour or chatty verbosity of [Oatly’s] packaging . . . [it] does not ape anything that the claimants can fairly call their own”. The case continues.

Nestlé failed in an attempt to trademark the term “vegan butcher” in the US this year after another family run company, The Herbivorous Butcher, lodged an objection.