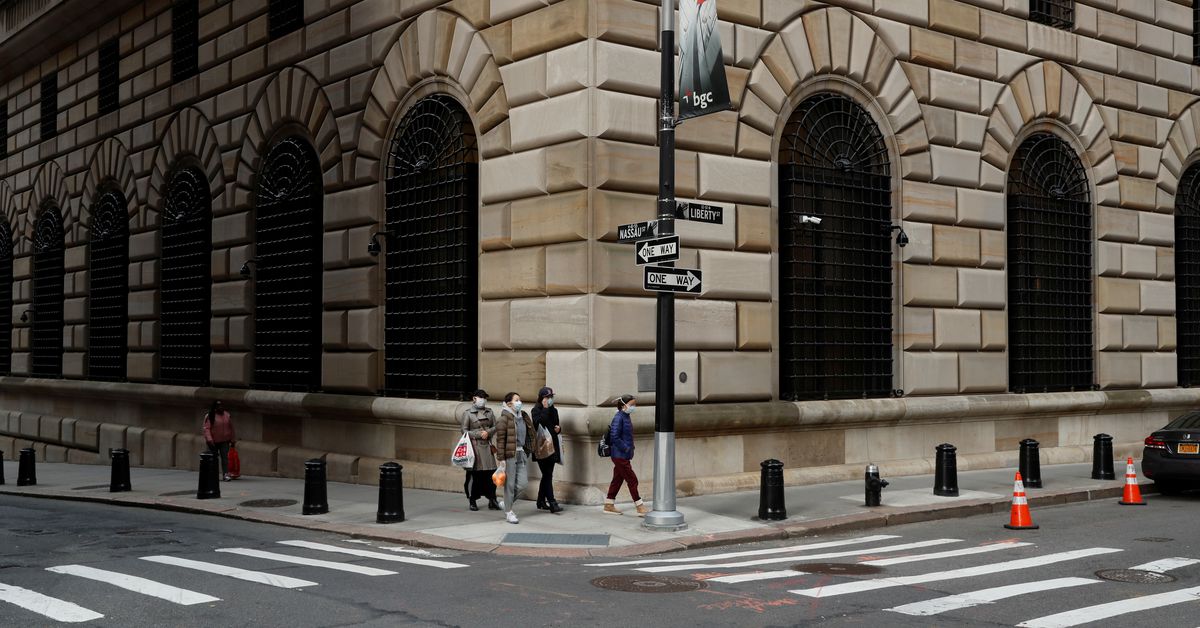 Oct 14 (Reuters) – The domestic standing repo facility established by the Federal Reserve this year could be open to banks by early next year, a top New York Federal Reserve official said on Thursday.

The U.S. central bank began accepting applications from banks earlier this month for the program, which allows financial firms to borrow cash on an overnight basis, and several banks have already applied, said Lorie Logan, an executive vice president at the New York Fed and the manager of the System Open Market Account (SOMA).

Currently, the facility is only open to a group of two dozen Wall Street primary dealers that serve as counterparties for the Fed.

The Fed’s permanent repurchase facilities, including one domestic and one for foreign and international monetary authorities, are meant to serve as occasional backstops and are not expected to be used as regularly as other tools the central bank uses to control interest rates, Logan said.

That is in contrast to the New York Fed’s overnight repurchase agreement facility, which gives firms a place to park cash overnight in exchange for a return. Firms struggling to find a place to invest excess cash have been driving use of the program to record highs in recent months, but Logan said officials are not concerned by the higher usage.

Financial firms may turn to the reverse repo facility less frequently in the future if there is an increase in issuance of Treasury securities, which would give them more alternatives for investing their cash, she said.

Efforts to track diversity in journalism are lagging