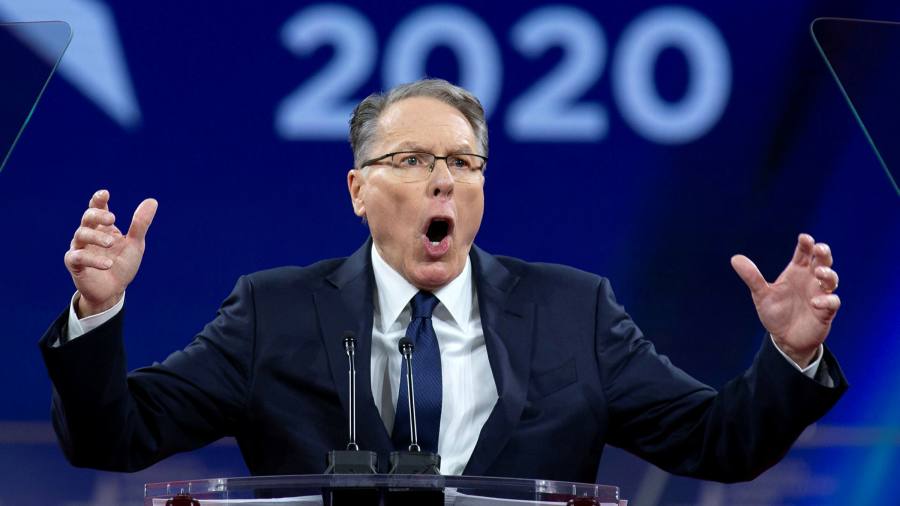 In a recent court filing, the National Rifle Association cited three of the rights that the US Constitution guaranteed that it found compelling. The first two it mentioned — free speech and the right to bear arms — were unsurprising because they are popular in America.

The third one, the right to “seek a fresh start in bankruptcy” is more obscure, though the bankruptcy concept is, indeed, enshrined in America’s foundational document.

As it happens, the bankruptcy reference was no coincidence. The NRA filed for Chapter 11 protection late on Friday January 15, a move that surprised observers both of the firearms advocacy group and the bankruptcy world.

In a January information statement submitted to the federal bankruptcy court in Dallas, the NRA wrote that it wanted to “establish a centralised, neutral forum in which it can streamline, resolve, and address all outstanding claims”. The group admitted it had no financial problems. Rather, its biggest issue is that the New York attorney-general, Letitia James, filed a suit last year seeking to potentially dissolve the NRA as a charity alleging that the non-profit’s management had looted the organisation for personal gain.

The American bankruptcy system typically helps over-indebted companies restructure their balance sheets. Yet in some unique instances, companies have skilfully used the tools available in bankruptcy court to efficiently resolve unorthodox problems not limited to financial debt. Still, the NRA filing has left experts scratching their heads. This was not only because of questions over whether the NRA’s bankruptcy election was justified but also because the process has, by itself, created headaches that may worsen the organisation’s plight.

In a public letter to NRA members announcing the bankruptcy, longtime NRA head Wayne LaPierre wrote: “The plan can be summed up quite simply: We are DUMPING New York, and we are pursuing plans to reincorporate the NRA in Texas.” LaPierre later noted that the NRA was “as financially strong as we have ever been in years”.

In later court documents, the NRA said that its assets exceeded its liabilities by $50m and that revenues were only down modestly in 2020. While LaPierre said the NRA was “not seeking to escape regulatory oversight”, it seemed obvious that the New York state lawsuit had pushed the NRA to take the bankruptcy route.

James had accused LaPierre and his close-knit group of executives of using NRA assets for private jet flights, yacht trips and safaris. She alleged that, as a result, the group’s mission around gun safety, education and training had been undermined. The suit filed by James’s office also seeks to remove LaPierre from NRA leadership.

One often-used feature of bankruptcy is the so-called automatic stay that halts litigation against a debtor. That is supposed to then help foster a consensual restructuring plan. In the bankruptcies of utility PG&E, various opioid manufacturers and several Catholic church dioceses, bankruptcy was used to settle ruinous personal damages claims.

However Adam Levitin, a Georgetown law professor, says the automatic stay does not generally apply to regulatory actions that are not seeking monetary damages. “The NRA bankruptcy looks like a play for time and negotiating leverage against the New York attorney-general, but there’s no obvious light at the end of the tunnel for the NRA,” he says.

Separately, the NRA has also tried to consolidate all its major litigation in Texas. But, for now, the case has seemingly descended into chaos with factions using the bankruptcy to pick fights.

The state of New York has moved to have the bankruptcy dismissed, calling it a bad faith filing.

Other actions to have emerged include: one NRA vendor, which has already been sued separately by the organisation, has called for the Chapter 11 to be dismissed; one NRA board member has asked for a third-party investigation into the allegations of wrongdoing; and a Federal bankruptcy oversight body has challenged the NRA’s retention of a particular law firm in the case.

When constituencies in the Chapter 11 process are not aligned at the beginning or even aware about the bankruptcy petition itself, that can lead to stakeholders making their case in court on their pet issue. If the NRA was hoping that a bankruptcy could create a clear path out of its difficulties, almost the exact opposite has happened.

Tesla has made about $1 billion in profit on its bitcoin investment, analyst estimates