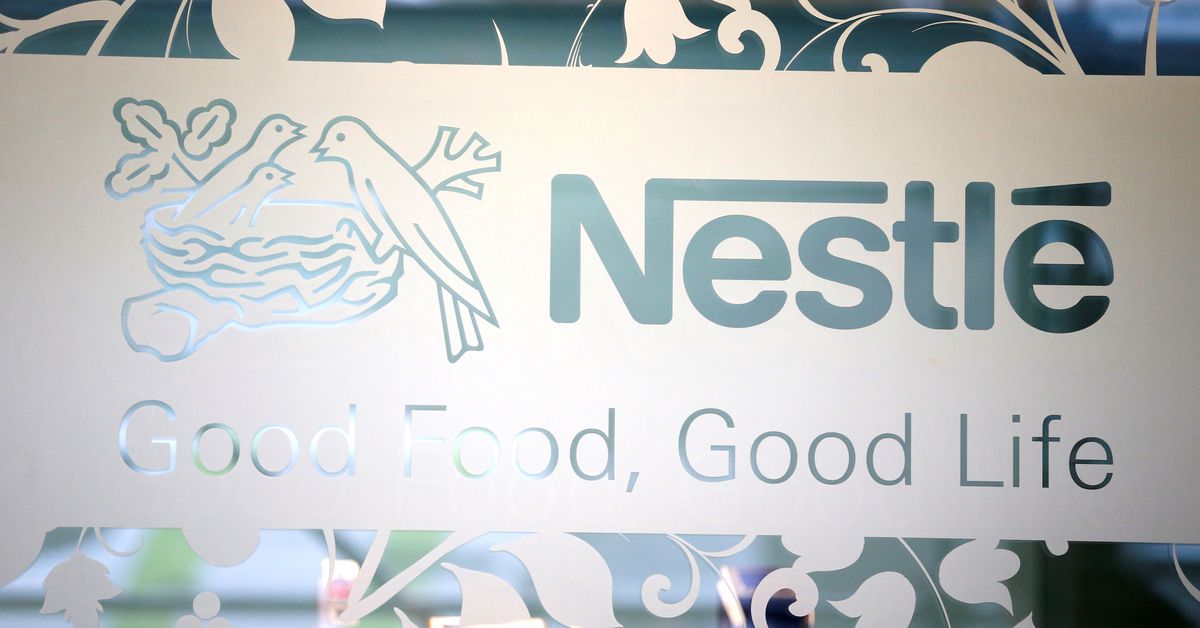 Nestle logo is pictured on the door of the supermarket of Nestle headquarters in Vevey, Switzerland, February 13, 2020. REUTERS/Pierre Albouy

Organic sales – which strip out acquisitions, divestitures and currency swings – rose 7.6% in the first nine months, the world’s biggest food group said in a statement, beating a forecast for a 6.6% increase in a company-compiled consensus.

The maker of KitKat chocolate bars and plant-based burger patties had previously raised its full-year guidance to 5-6% in July. The operating profit margin, under pressure from high raw material costs, is expected to be stable, it said.

Like its peers, Nestle is facing pressure on margins from rising input costs. Global supply chains are under strain due to factors such as a resurgence of COVID-19 cases in Asia and staff shortages in the United States, increasing the price for its ingredients.

The Swiss company cautioned last month that input cost inflation would likely be even higher in 2022, which could at least temporarily squeeze margins until price increases take effect. read more

Anglo-Dutch rival Unilever (ULVR.L)is also due to give a trading update on Thursday.

Bitcoin ETFs should not exist