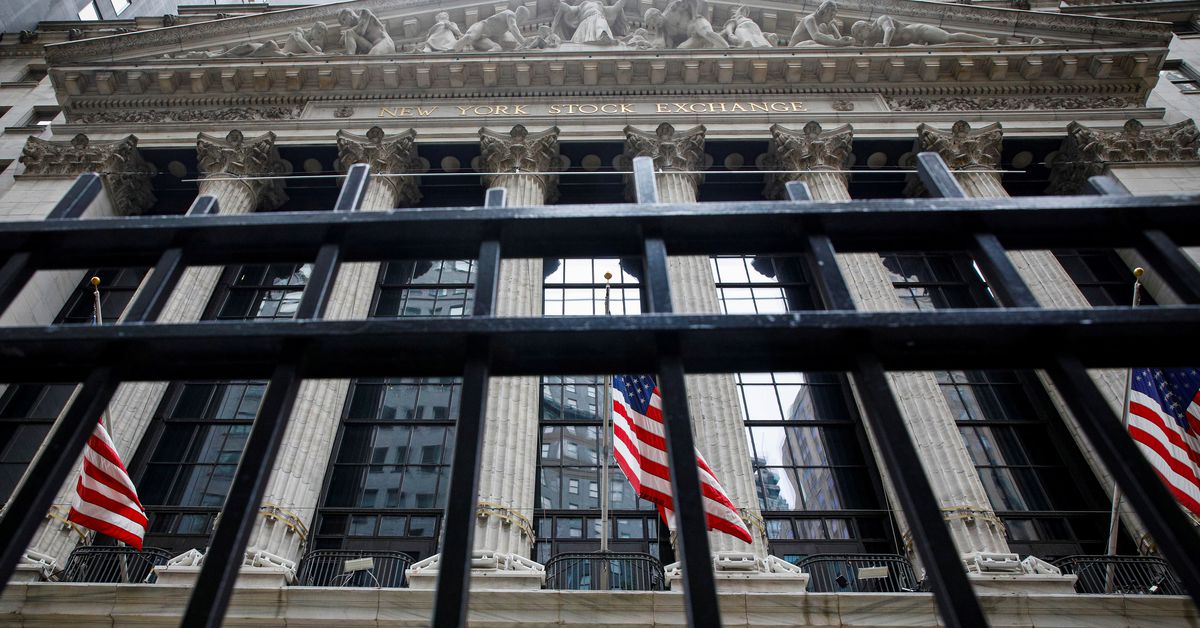 The Nasdaq ended sharply lower on Tuesday as investors dumped megacap growth stocks to seek shelter in more defensive parts of the market, amid concerns on rising interest rate and uncertainty over an upcoming jobs report.

Highly valued technology-related companies including Microsoft Corp (MSFT.O), Alphabet Inc (GOOGL.O), Apple Inc (AAPL.O), Amazon.com Inc (AMZN.O) and Facebook Inc (FB.O) sold off across the board, with Apple falling the most by 3.54%. The Philadelphia Semiconductor Index (.SOX) also dropped by 1.6%.

Volume on U.S. exchanges was 12.21 billion shares, the highest in over a month.

“When we have pauses or pullbacks, people tend to move out of growth stocks into more defensive names,” said Randy Frederick, vice president of trading and derivatives for Charles Schwab in Austin, Texas.

Materials (.SPLRCM) and financials (.SPSY) extended their Monday gains, up by 1% and 0.7%, respectively, as investors continued to rotate money into cyclical sectors.

“It may be that interest rates will have to rise somewhat to make sure that our economy doesn’t overheat, even though the additional spending is relatively small relative to the size of the economy,” she said in taped comments at a virtual event by The Atlantic.

“Wall Street won’t find out if the Fed is making a policy mistake until several months down the road and that is making some traders nervous,” Edward Moya, senior market analyst at Oanda wrote in a note, adding investors look for clarity on economic recovery from Friday’s nonfarm payroll report.

Fiscal stimulus, rapid vaccinations and the Federal Reserve’s accommodative stance have spurred a strong rebound in the U.S. economy and pushed Wall Street to record highs this year. The so-called “pandemic winners,” however, have recently started to fall out of favor.

Among individual stocks, CVS Health Corp (CVS.N) gained 4.4%after reporting a first-quarter profit above analysts’ estimates and raising its 2021 forecast.

Gartner (IT.N) was the largest percentage gainer on the S&P 500, jumping 14.2% after better-than-expected first-quarter earnings.

Results in this earnings season so far have been largely upbeat. Average profits at S&P 500 companies are expected to have risen 47.7% in the quarter, compared with forecasts of a 24% growth at the start of April, according to IBES data from Refinitiv.

Declining issues outnumbered advancing ones on the NYSE by a 1.47-to-1 ratio; on Nasdaq, a 2.60-to-1 ratio favored decliners.

Even the CEO of Zoom Says He Has Zoom Fatigue