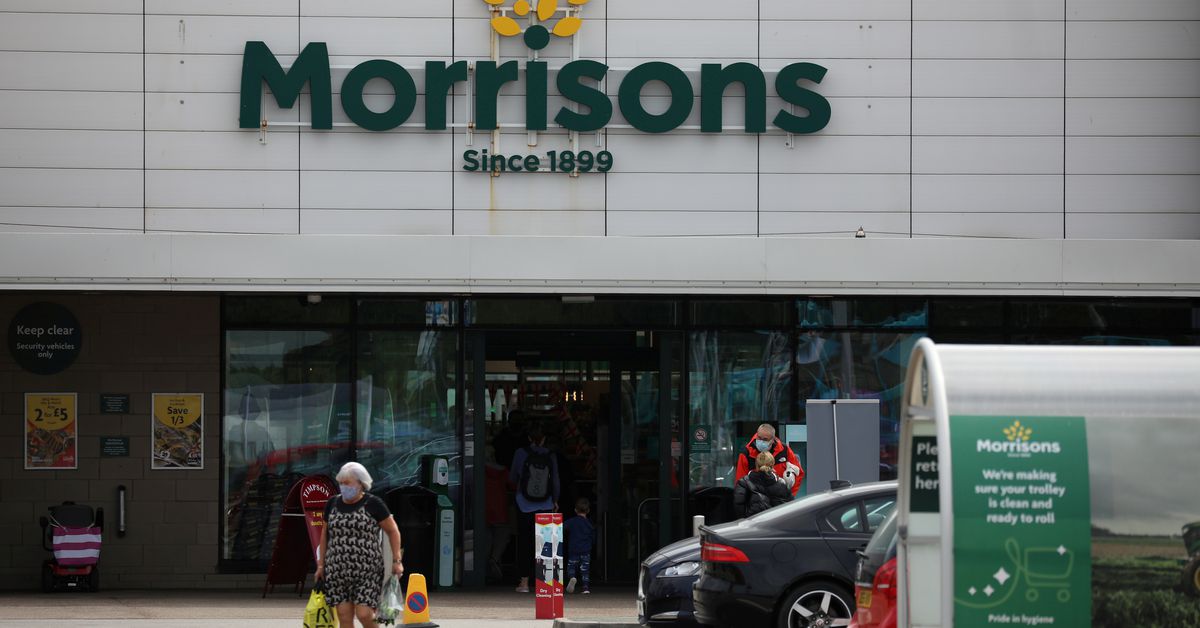 Morrisons (MRW.L) said the requisite majorities of shareholders backed the deal, which had been recommended by the board, at meetings held both physically at its Bradford, northern England headquarters and virtually.

CD&R, which has former Tesco (TSCO.L) boss Terry Leahy as a senior adviser, won an auction for Morrisons on Oct. 2, bidding a penny a share more than a consortium led by Softbank-owned Fortress Investment Group. read more

Formal completion of the deal, expected on Oct. 27, will conclude a six-month battle to buy Morrisons, Britain’s fourth-biggest grocer and one of the country’s biggest food producers.

It will end Morrisons’ 54-year run as a publicly-listed company and see the ultimate decisions on the group’s future shift from Bradford to the New York home of CD&R.

Morrisons, which started out as an egg and butter merchant in 1899, trails market leader Tesco, Sainsbury’s (SBRY.L) and Asda in annual revenue.

The battle for Morrisons has been the most high-profile amid a raft of bids for British companies this year, reflecting private equity’s appetite for cash-generating UK assets.

CD&R has committed to retaining Morrisons’ Bradford base and its existing management team, led by CEO David Potts.

It has also said it will execute the supermarket chain’s existing strategy, not sell its freehold store estate and maintain staff pay rates.

Those commitments are not legally binding, however.

“We are very pleased to have received the approval of shareholders and are excited at the opportunity that lies ahead,” said Leahy, who is expected to succeed Andrew Higginson as Morrisons’ chairman.

“The particular heritage, culture and operating model of Morrisons are key features of the company and we will be very mindful of these during our tenure as owners.”

Morrisons is the second UK supermarket chain in a year to be acquired by private equity after a buyout of No. 3 player Asda, by the Issa brothers and TDR Capital, completed in February.

Potts, who started his retail career at Tesco as a 16-year-old shelf stacker, will make more than 10 million pounds from selling his Morrisons shares to CD&R. Chief Operating Officer Trevor Strain will pocket about 4 million pounds.