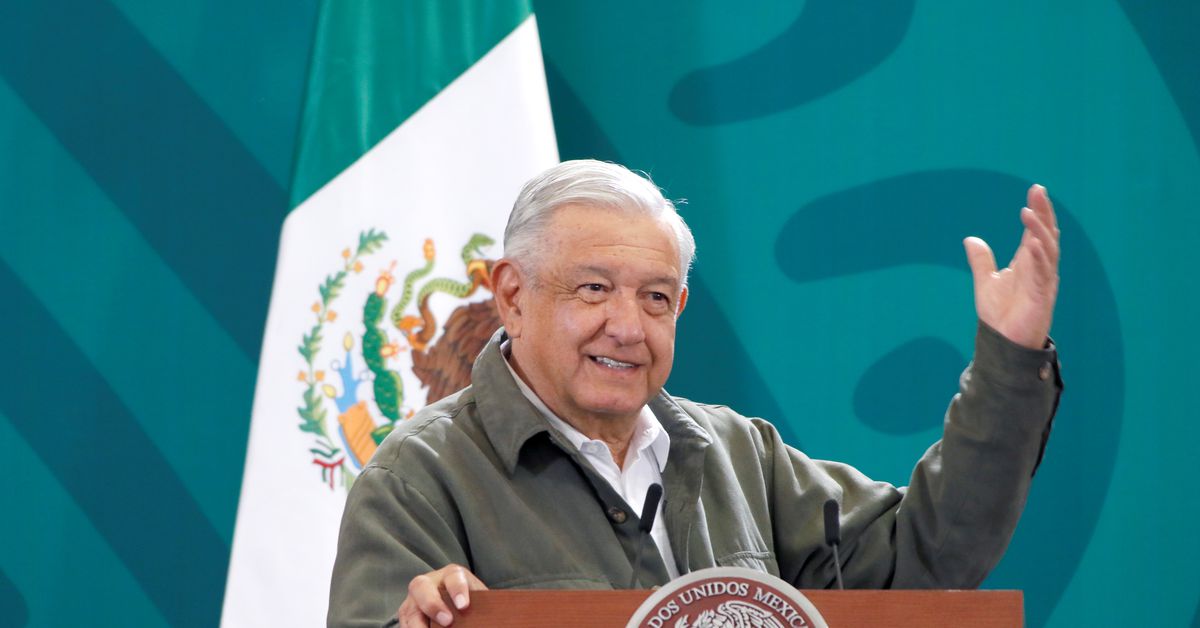 Mexico’s President Andres Manuel Lopez Obrador gestures during a news conference as he proposes an electricity reform to Congress seeking to boost the role of the state power utility, in Cuernavaca, Mexico October 1, 2021. Mexico’s Presidency/Handout via REUTERS/Files

MEXICO CITY, Oct 11 (Reuters) – Mexican President Andres Manuel Lopez Obrador said on Monday that well-known foreign companies had engaged in what he described as fuel smuggling and he named global energy trader Trafigura (TRAFGF.UL) as an example of the practice.

The comments marked a new development in a web of corruption probes of some of the world’s biggest energy traders across several countries in Latin America.

“We have found that some of these famous foreign companies were transporting contraband fuel and Trafigura’s import permit has been suspended,” Lopez Obrador told a regular news conference. He did not provide details.

Contraband can refer to products smuggled into Mexico or goods brought into the country under false documentation. Lopez Obrador said the attorney general’s office was looking into the issue.

Mexico’s energy ministry last month said four Trafigura fuel import permits were in the process of cancellation while one had expired. read more

Trafigura did not respond to a request for comment.

The company previously said the suspensions were not valid and that it follows the laws and regulations of the countries where it operates.

Mexico is also probing Vitol, the world’s largest independent energy trader, over “irregularities” in the documenting of its refined oil products entering Mexico that could lead to criminal charges for tax evasion.

Vitol has denied any wrongdoing, and previously said the allegations dated back a couple of years and are related to imports classified by another company with which it worked.

Bitcoin rises to the highest since May, is now up 30% in October

Biden has canceled $11.5B in student loan debt — but what about vast forgiveness?