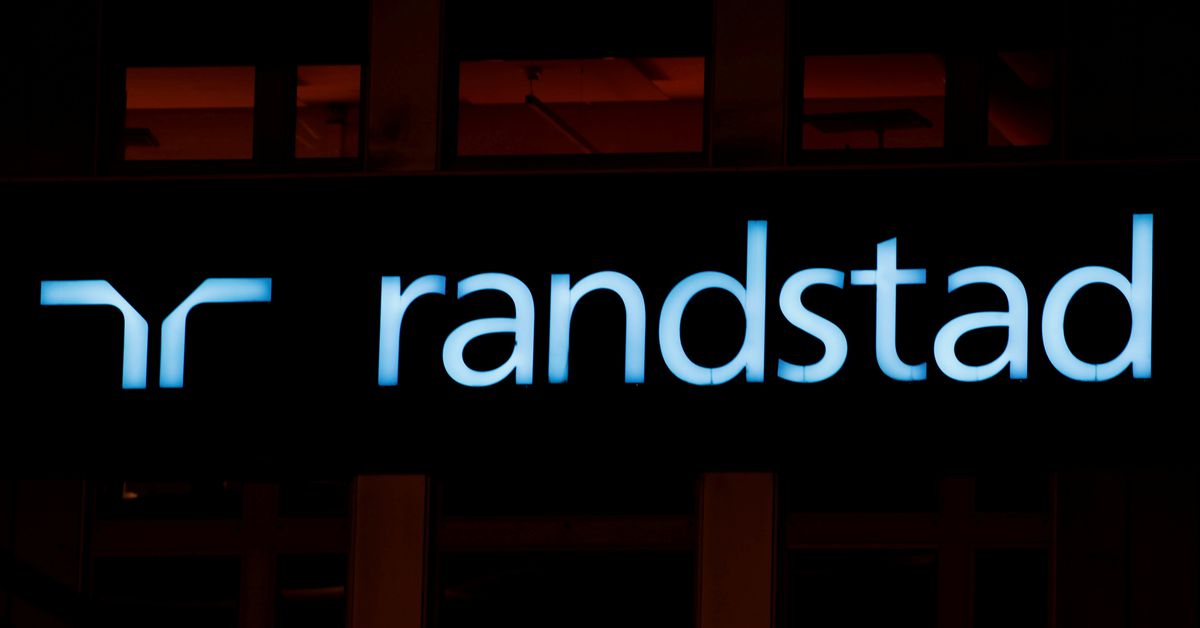 The logo of personnel service provider Randstad is seen at an office building in Zurich, Switzerland October 2, 2018. REUTERS/Arnd Wiegmann/File Photo

AMSTERDAM, Oct 21 (Reuters) – Labour market shortages will be a major theme “for years to come”, the chief executive of global staffing group Randstad said on Thursday, as he announced he was stepping step down in March after eight years in the post.

“The big theme is scarcity in the labour market,” said Jacques van den Broek, who will be replaced after two terms by Sander van ‘t Noordende, a long-time Accenture executive who joined Randstad’s supervisory board six months ago.

“We do think that scarcity is going to be structural,” Van den Broek told journalists, adding that market shortages were largely the result of demographics with older employees leaving and fewer entering the workforce.

“This is going to be the theme for years to come,” he said. “Jobs in demand are in healthcare, education, technology and logistics.”

Speaking about his departure, Van den Broek said: “It’s very much my decision, but also very much in discussion with our supervisory board members.”

For the most recent quarter, Randstad said its earnings before interest, taxation and amortisation (EBITA) rose 50% to 298 million euros ($347 million), slightly ahead of a company compiled consensus of 280 million euros.

Revenues in the third quarter rose 21% to 6.28 billion euros, compared to a consensus estimate of 6.18 billion.

“The company is in great shape,” Van den Broek said. “Our strategy is working. So that is also a moment when you can bring in a successor. You need to do that in stable waters.”

World Bank revises up 2021 GDP forecast for Western Balkans to 5.9%