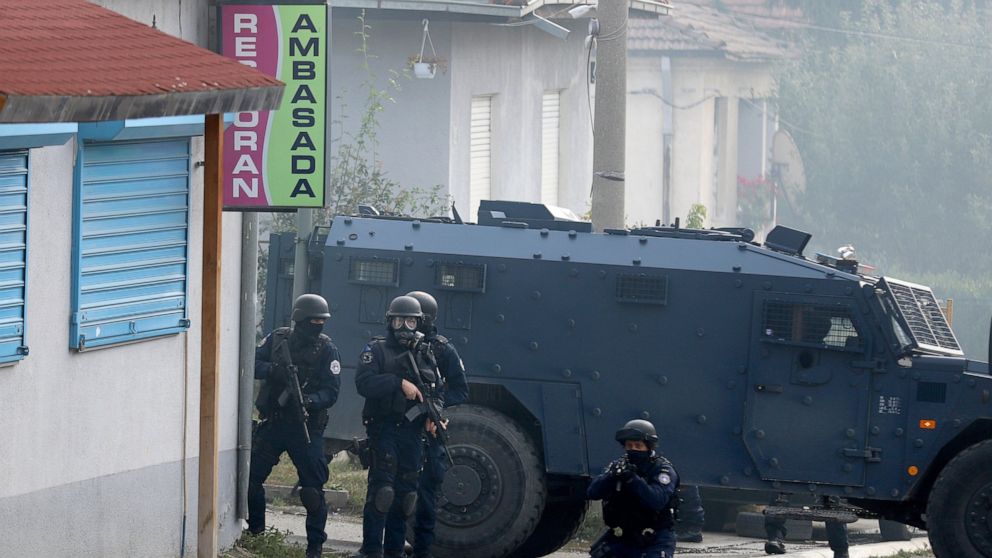 PRISTINA, Kosovo — Kosovo police have clashed with ethnic Serbs in the north during an operation against the smuggling of goods, police and local media reported Wednesday.

A police statement said that raids were held in four areas, including northern Mitrovica which is mostly populated by ethnic Serbs.

Video footage showed police firing tear gas as Serbs hurled stones and other objects at officers. Serbs also blocked the main road with trucks, the same as last month during a tense situation to do with a spat over vehicle license plates.

The Kosovar Indexonline news website reported injuries and shots fired, which couldn’t be independently verified or immediately confirmed with police.

Serbian media reported an “extremely tense” situation in the Serb-populated northern part of Mitrovica after Kosovo police raided a pharmacy and some shops in an apparent action to stop the smuggling of goods.

Kosovo, a Serbian province before it declared independence in 2008, was in a war in 1998-1999 between Serbian troops and ethnic Albanian separatists fighting for independence until a NATO air campaign pushed Serb forces away.

Kosovo-Serbia ties remain tense despite a European Union-facilitated dialogue over the past decade to normalize them.

Last month, Kosovo’s government deployed special police forces to the border crossings to impose a new rule of removing Serb license plates from cars coming into the country, saying that a 10-year-old deal had expired. Kosovo’s government said it was responding tit for tat to what Serbia had done for the past decade.

Protesting the new Kosovo rule, Kosovo Serbs blocked the border with trucks, and people could only cross on foot. Serbian military jets and helicopters have been flying close to the border with Kosovo in an apparent show of force.

The tensions came to an end only after bilateral negotiations were held under the auspices of a EU envoy and a U.S. senior official and NATO-led KFOR troops took control of the border areas.

This Oil and Gas Road Map Could Lead Planners Astray