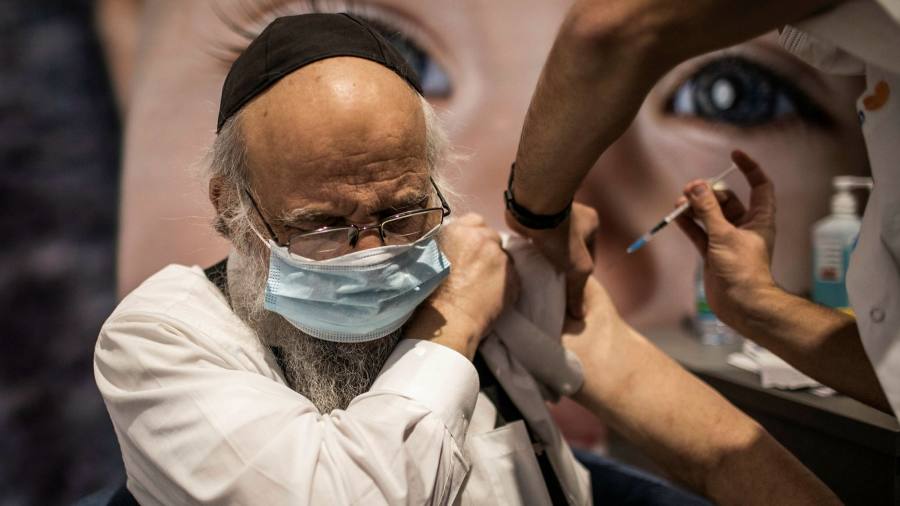 The Covid-19 vaccine made by BioNTech and Pfizer has been highly effective at preventing infection in Israel, according to the first real-world data showing that vaccination stops transmission of the virus.

The new data — which has not yet been peer reviewed — provide the first real-world demonstration of the vaccine’s effectiveness and offers hope that those immunised will also help to stem the spread of infection.

The initial clinical trial run by BioNTech and Pfizer found the vaccine was 95 per cent effective in preventing disease, but the real world data provide more insight.

The study was conducted in the three weeks to February 6, during which the BioNTech/Pfizer vaccine was the only shot available in Israel. At the end of that period, more than 27 per cent of all people in the country over the age of 15 were fully vaccinated.

Among those hospitalised in a severe or critical condition during the study 4.4 per cent had received both shots and 5.7 per cent of those who died from the disease were fully vaccinated. Overall, the vaccine was 93 per cent effective against preventing hospitalisation and death.

During the study period, the B.1.1.7 variant first discovered in the UK was the dominant strain in Israel, found in more than 81 per cent of Covid-19 test samples. As such, the results bolster previous laboratory findings that the jab is highly effective against the B.1.1.7 strain.

It comes after a lab study published earlier this week found that the vaccine was far less potent against 501. V2, the variant that was first discovered in South Africa.

Israel signed a deal with Pfizer to get more doses in exchange for studying its population, as it gets vaccinated. The country has administered doses to more than 78 people per 100 residents, one of the highest rates in the world, according to the FT vaccination tracker.

In a further boost for the BioNTech/Pfizer shot, the companies said this week that their vaccine no longer needs to be kept at ultra-low temperatures, making it easier to distribute to doctors’ clinics, pharmacies and more remote regions.

Stability data, which the companies are submitting to regulators around the world, show the vaccine can now be kept at normal medical freezer temperatures of between minus 15C to minus 25C for up to two weeks, compared with the previous required storage conditions of between minus 60C and minus 80C.