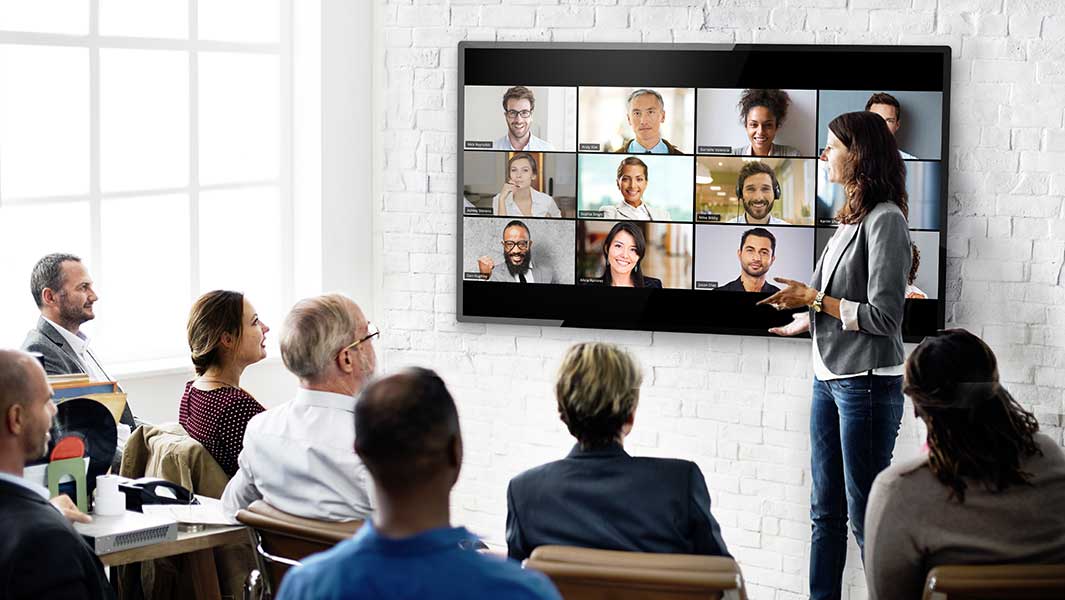 Yes, shares in Zoom Video Communications (ZM) soared during the coronavirus emergency. But post-pandemic, what’s the outlook for Zoom stock?


Zoom stock popped after the company reported fourth-quarter earnings and revenue for the January quarter and its full-year, fiscal 2022 guidance also came in above expectations. Even so, the size of its quarterly revenue beat continued to moderate.

Zoom stock has been volatile as investors weigh a surge in second-wave coronavirus cases versus positive vaccine news.

For customers with one to 10 employees, monthly renewals are expected to slow as the economy reopens and shelter-in-place orders lift. There’s expected to be less turnover of larger customers.

While paid consumer subscribers are important, the company’s roots are in the enterprise market. Growth in annual recurring revenue for business customers with contracts topping $100,000 is one metric to monitor.

ZM Stock: Acquisition In The Works?

“We enter fiscal 2022 with incremental concern around churn risk in the back half of the year,” he said in the report. “This is mainly tied to Zoom’s small business customer set, which has grown significantly during the Covid pandemic, but is at greater risk of churn once the economy fully re-opens. For context, this customer set accounts for 37% of Zoom’s total revenue today.”

The company may be prepping for an acquisition. It raised $2 billion in a secondary offering on Jan. 15. Zoom stock already had $1.9 billion in cash on its balance sheet as of Oct. 31.

When the coronavirus crisis eases, retaining small businesses as well as corporate accounts will be one key to Zoom’s continued success. Another will be its ability to convert free users into paying subscribers.

According to Morgan Stanley, Zoom garners about 50% of revenue from monthly payers. Zoom aims to convert monthly business subscribers to annual contracts. In the January quarter, Zoom added a record 355 customers that will bring in over $100,000 in revenue annually.

Amid Covid-19, demand for Zoom videoconferencing software has surged as businesses told employees to work from home. Zoom morphed into a social phenomenon as making video calls became routine for consumers to keep in touch with family and friends. Distance learning as schools re-opened and telemedicine also boosted demand for Zoom Video’s cloud-based services.

ZM stock bulls argue that video calling is here to stay and will play a much larger role in businesses, schools and everyday lives. Trouble is, Zoom rivals also think it’s a big market opportunity, and they don’t want Zoom to dominate.

On the consumer side, Zoom also faces stiff competition.

Zoom rolled out end-to-end encryption to address privacy concerns for free and paid users on Oct. 26, in a move to set itself apart from rivals.

A “Zoom Meeting” refers to a videoconferencing session hosted on its cloud infrastructure. During the Covid-19 crisis, Zoom upped investments on computer servers as demand surged.

One key to Zoom’s success has been a “freemium” business model. Zoom’s basic video-calling package is free.

Zoom puts limits of the number of participants in a group call and the length of meetings. Often company management learns about Zoom’s software after an employee reports a positive experience. Zoom software gets high ratings for ease of use and simplicity following earlier video services that provided jerky images and out-of-sync audio.

Many companies like Zoom tools because they usually don’t require support from tech staff.

Paid Zoom business plans cost $15 or $20 per employee and require minimums of 10 or 50 seats. Early on in the coronavirus crisis, Zoom offered online coupon codes with discounts.

Zoom cross-sells the Zoom Phone tools to business customers that already use its Meetings software. At Zoomtopia, management said there are 5,800 paid customers with more than 10 employees using Zoom Phone.

Eric Yuan, Zoom’s chief executive and founder, came to the U.S. in 1997. He started out with WebEx Communications and eventually became its vice president of engineering.

Yuan recently transferred roughly 40% of his ownership stake in Zoom Video, 18 million shares worth an estimated $6 billion, as gifts to an unknown entity.

Zoom, and its stock, face stiff competition from Cisco, Microsoft, Google and others. But Zoom Video has built up alliances.

Salesforce.com invested in Zoom stock prior to its IPO and reaped big gains. However, Salesforce recently sold off all of its shares in Zoom Video.

However, Zoom Video is forging new deals in the enterprise market, such as one with software maker ServiceNow (NOW).

Revenue growth decelerated in Zoom Video’s first four quarters as a public company, then skyrocketed in the April 2020 quarter amid the coronavirus crisis.

Analysts projected Zoom earnings of 79 cents a share on sales of $811.8 million.

For the current quarter ending in April, Zoom forecast revenue of $902.5 million vs. analyst estimates of $830 million. Zoom said it expects adjusted profit of 96 cents at the midpoint of its guidance vs. estimates of 72 cents.

Zoom forecast fiscal 2022 revenue of $3.77 billion. Analysts had estimated revenue growth of 36.5% to $3.53 billion. Zoom Video said it expects adjusted earnings of $3.62 a share at the midpoint of its guidance versus analyst estimates of $2.96.

The Zoom initial public offering in April 2019 raised $752 million, with shares priced at 36. ZM stock popped 72% on the first day of trading.

Zoom stock popped again on June 6, 2019, after the company’s earnings and guidance topped expectations. It hit an intraday high of 107.34 on June 20, up 198% from its IPO price. But, by late June, ZM stock consolidated as some analysts questioned Zoom’s lofty valuation.

Zoom stock broke out on Feb. 18 from a cup-with-handle buy point of 93.40 as the coronavirus pandemic began to spread globally. ZM stock soared in March as the corporate shift to work-from-home boosted demand for its video-calling app.

Shares retreated in early April amid reports that hackers were breaking into Zoom meetings. The company added new security features to thwart the cyberattacks.

ZM stock weathered the bad publicity over “Zoom bombing” on video chats. The stock popped in late April when it disclosed that daily active participants had reached 300 million — counting some participants multiple times per day.

By May, Zoom Video became a cultural phenomenon.

However, ZM stock in late October sent sell signals. For one, it retreated more than 8% from the high-tight-flag buy point of 529.84.

In addition, Zoom stock dropped out of the IBD Leaderboard. The Leaderboard is IBD’s curated list of leading stocks that stand out on technical and fundamental metrics.

Zoom Stock: Is It A Buy Right Now?

ZM stock owns an IBD Relative Strength Rating of only 56 out of a possible 99.

In addition, Zoom stock holds an Accumulation/Distribution Rating of D. That rating analyzes price and volume changes in a stock over the past 13 weeks of trading. Its current rating indicates more funds are buying than selling.

Meanwhile, Zoom stock has not formed a new base. ZM stock lacks a proper entry point. For technical reasons, ZM stock is not a buy.

Zoom Video is only one of many software growth stocks to monitor as “digital transformation” projects gain traction. In addition, there are many large-cap technology stocks growing at a fast rate.

Check out IBD Stock Lists and other IBD content to find dozens more of the best stocks to buy or watch.

IBD Stock Of The Day: How To Find, Track And Buy The Best Stocks

Two Companies Will Reach $2 Trillion Next (Tesla Isn't One)