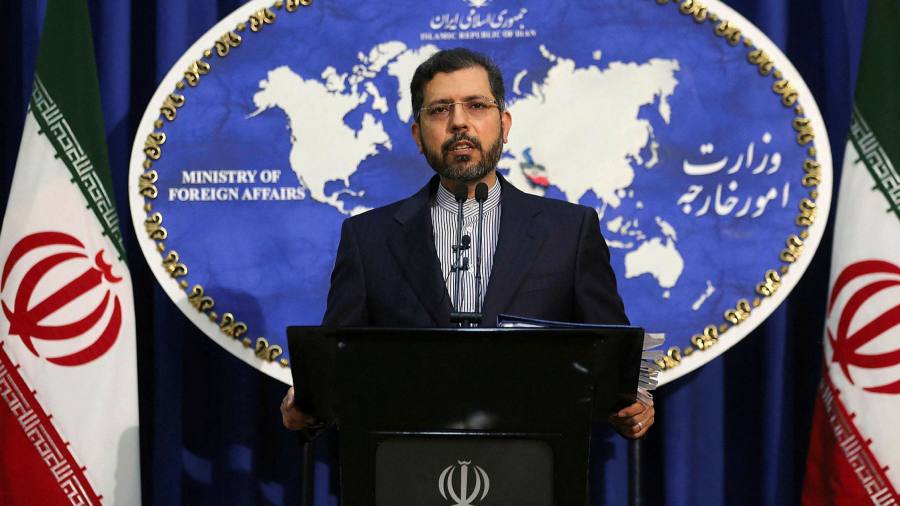 A last-minute deal between Iran and the UN atomic watchdog over snap inspections has opened a narrow diplomatic window to revive the landmark nuclear treaty between international powers and Tehran.

The Islamic republic had planned to stop snap inspections of its nuclear sites from Tuesday but an agreement announced late on Sunday allows some “verification and monitoring”, reducing tensions. While the International Atomic Energy Agency’s access will still be more limited than previously, the UN body welcomed the three-month compromise as a “good result”.

This agreement leaves room for face-to-face talks between Washington and Tehran over the revival of an accord that former president Donald Trump’s administration abandoned in 2018. The US last week made clear its willingness to sit down with Iran and other signatories to the deal to discuss re-entry to the pact. Iran, which has made an escalating series of breaches of the accord since 2019, has yet to say yes.

Diplomats and analysts warn that such negotiations are still far from guaranteed and big disputes remain over the sequencing of a possible US return to the agreement and the scope of what the refreshed pact would demand of Iran. The picture is further complicated by pressure from hardliners in Washington, Tehran and some other Middle Eastern capitals, as well as looming elections in Iran.

Still, Sunday night’s deal between the IAEA and Tehran appeared a “major diplomatic win” that made precious room for talks, said Ellie Geranmayeh, an Iran expert at the European Council on Foreign Relations.

“It should preserve the political space in the coming weeks and months for getting some sort of real track in motion for the US to rejoin the nuclear deal and for Iran to reverse its steps,” she said. “It’s an important opening — but to make it sustainable will take time and a lot of effort.”

The past week’s compromises by the US and Iran present the first indications that both sides might be prepared to soften absolutist positions on re-entry to the 2015 nuclear accord, which lifted some sanctions in exchange for limits on Iran’s nuclear programme.

But both sides have said the other must first return to compliance with the deal before it does the same, and Tehran does not want to discuss three changes that US secretary of state Antony Blinken has promised Congress he will pursue: strengthening and lengthening the deal, curtailing Iran’s missile programme and its support for regional militias.

A US state department official said late last week that the sequence of steps required for re-entry was not “preordained”, and has indicated the US was open to demands from China and Russia — both signatories to the multi-party agreement, along with France, Germany and the UK — that the US should “take some steps in advance”. The Joint Commission, which oversees deal implementation and is chaired by the EU, could theoretically be entrusted with sequencing mutual steps.

Already, the Biden team has reversed some elements of Trump’s campaign of “maximum pressure” against Iran — such as ending some travel restrictions for Tehran’s UN diplomats in New York. This has set a softer tone and is supported by European powers who sought to keep the deal alive as the Trump administration tried to destroy it.

“We are taking decisions we think will help get diplomacy back on track,” a US official told the Financial Times. “And we hope [Iran] won’t move in a negative direction.”

The only issue Iran is ready to discuss, and even that only after the US removed sanctions, was “how we can avoid and guarantee that the actions by the United States will not be repeated”, said foreign minister Mohammad Javad Zarif on Sunday. While Iran has been hard hit by sanctions, many in the regime point out that the country has also survived. “They do not have any leverage over Iran. They have made us rely on an oil-less economy, oil-free economy,” Zarif added.

Iran’s foreign ministry spokesman said on Monday the compromise was with the IAEA, not the US. In a sign of the conflict between Rouhani and a hardline parliament, the latter has called on the judiciary to revoke the agreement with the IAEA.

Elections due in June could return a more conservative government that could make it tougher to strike a deal. One regime insider described the US offer to attend joint talks as insignificant. “It’s an empty spoon,” said the person.

A member of parliament, Amir Hossein Ghazizadeh, mocked the US sweeteners as far short of “a candy”.

The Biden team also faces domestic opposition, including among pro-Israel Democrats in Congress, 23 of whom opposed the original deal. “This is going to be . . . painstaking and difficult,” said a state department official.

To pre-empt criticisms lobbed against the Obama White House, the Biden team is also consulting partners widely in advance of official talks and is open to a regional track that could include input from Iran foes such as Saudi Arabia, the United Arab Emirates and Israel to tackle wider issues.

Failure to expand the deal could trigger tensions. Mike Singh, who led Middle East policy in George W Bush’s White House, said simple deal re-entry without leveraging Trump-era sanctions could make it hard to get to a “serious, stronger deal”.

Jon Wolfsthal, a former senior Obama arms control official, said Biden officials had made clear they were in no rush. “We’re trying to put the pieces in place so that Iran has no choice but to come back into the deal.”