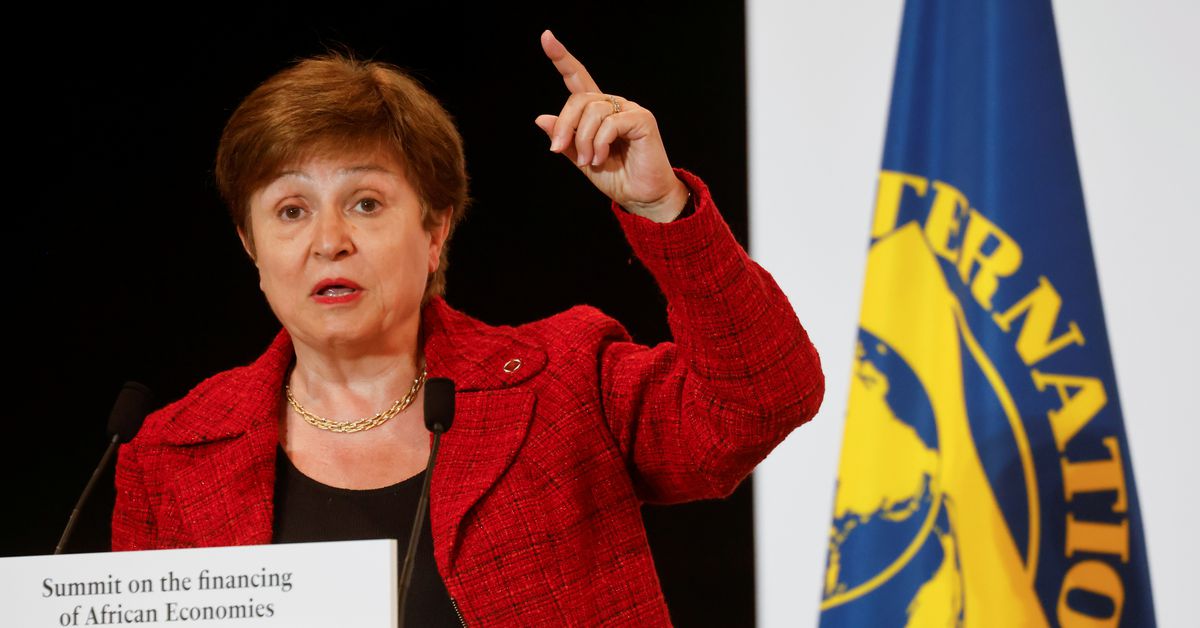 International Monetary Fund Managing Director Kristalina Georgieva speaks during a joint news conference at the end of the Summit on the Financing of African Economies in Paris, France May 18, 2021. Ludovic Marin/Pool via REUTERS

WASHINGTON, Oct 13 (Reuters) – International Monetary Fund chief Kristalina Georgieva on Wednesday said she did not expect a data-rigging scandal involving her former employer, the World Bank, to hamper decades of close collaboration between the two institutions.

Georgieva, who was cleared of wrongdoing in the matter by the IMF’s executive board on Monday, had sharply criticized a report prepared by law firm WilmerHale for the World Bank’s board, and the decision to make its findings public.

Georgieva vehemently denied the accusations, and she and her lawyer faulted WilmerHale for not telling her she was a subject of the probe.

Some of her backers, including Nobel Prize-winning economist Joseph Stiglitz called the report a “hatchet job” by World Bank President David Malpass, and Mark Weisbrot, co-director of the Center for Economic and Policy Research, called for Congress to investigate Malpass’s actions in the matter.

Malpass has declined comment beyond saying that the report speaks for itself.

Georgieva, a longtime World Bank official, told reporters that collaboration between the bank had been “strong for decades” and would remain so.

“I love the bank, and I love the fund,” she said, adding, “This is a twin institutional setup that has delivered for the members. … We have major, major challenges, where our institutions are best at addressing and working together.”

Georgieva brushed aside questions on whether a proposed new IMF Resilience and Sustainability Trust overlapped with the mandate of the World Bank, saying that fund officials were working closely with their bank counterparts in developing the new instrument.

JPMorgan Shows Why Bank Stocks Are Stuck in Neutral