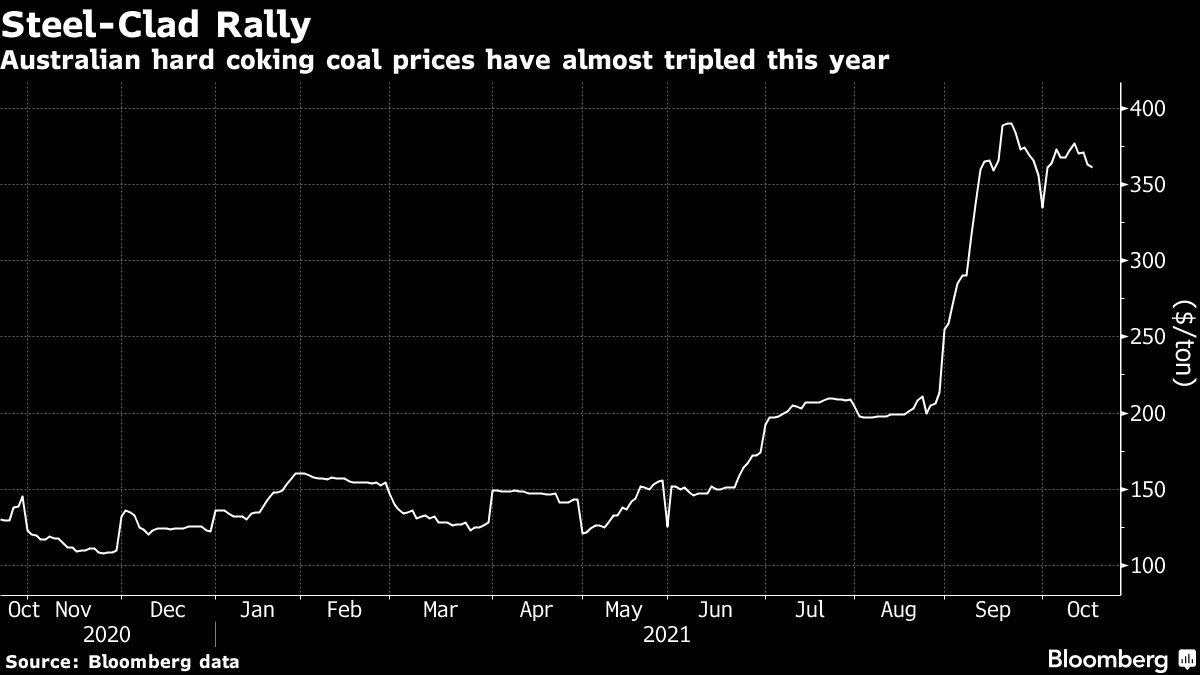 (Bloomberg) — China’s ban on Australian coal imports has proved a boon for Sydney-listed Coronado Global Resources Inc., one of the world’s top producers of the metallurgical variety that’s key to steelmaking.

With mines from the Appalachian mountains in the U.S. to Australia’s Bowen Basin, geographical diversity helped to drive a 37% jump in Coronado’s realized prices for the September quarter that saw its revenue in the period rise by more than a third.

While the company’s giant Curragh mine in Australia is currently locked out of Asia’s biggest market due to a diplomatic spat between Beijing and Canberra, Coronado is more than making up for that with shipments from its U.S. operations, according to its chief executive officer Gerry Spindler.

“We would never have predicted the arbitrage, or the circumstances, that currently make it not just an advantage but an overwhelming attribute” to have such a diversity of production, Spindler said in a phone interview from the company’s West Virginia base.

For Coronado, surging revenue marks a stark turnaround in fortunes. The company temporarily suspended its U.S. mines in March last year after pandemic lockdowns crushed demand. It also raised A$250 million ($188 million) in a deeply-discounted equity issue last August amid market concerns it might be in danger of breaching debt covenants.

Now, the miner is reducing debt at a rapid rate, and could be cash positive by year-end, it said in a production report on Thursday. While Coronado’s shares fell as much as 6.9% in Sydney on Thursday, reflecting a sharp retreat in coal prices in China on Wednesday, they are still up about 30% since the start of the year, giving it a market value of A$2.36 billion.

Prices for steelmaking coal have raced higher this year on strong demand from China and constrained supply across many key producing nations. Still, the rally faces headwinds after Beijing began a policy blitz aimed at taming prices and easing the nation’s power crisis.

“Having been in the business a long time, you’ve got to regard current levels of pricing as high,” Spindler said. “You’ve got to expect a bleed off, and be prepared for that.”

As for China’s ban on Australian coal, Spindler said he was doubtful Beijing would be lifting it anytime soon. “But long term, it’s safe to say that China cannot adequately support or grow its current level of steel production and keep the ban in place,” he added.

India has become the top destination for the company’s coal from Curragh in Queensland state, with solid demand also coming from across Asia, Spindler said.

Coronado is also prospering in the U.S. market, where it sells around a third of its product from two operating mines in the Central Appalachian region. It has agreed fixed price contracts with domestic customers for fiscal 2022 at levels $100 per ton above the volume weighted average price achieved in fiscal 2021.