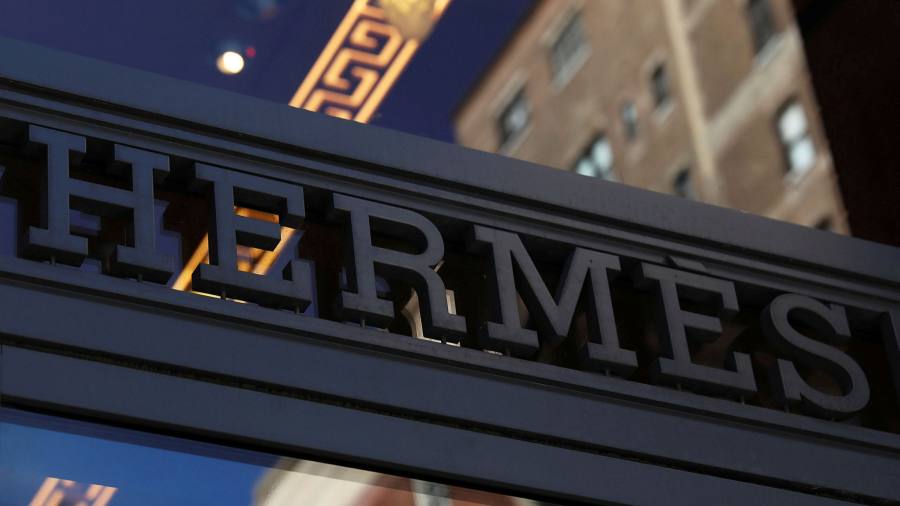 French luxury house Hermès benefited from strong growth in China at the end of last year as shoppers snapped up its colourful silk scarves and leather handbags in their home market as Covid-19 halted foreign travel.

Fourth-quarter sales at the maker of Birkin and Kelly bags recovered strongly to grow 16 per cent year on year. This was ahead of analysts’ expectations and nearly matched the performance of sector leader LVMH while far exceeding that of Gucci-owner Kering.

Annual revenues at Hermès fell 6 per cent to €6.4bn on a comparable basis, ahead of a €6.2bn consensus. This marked a less extreme deterioration than the roughly 17 per cent decline at larger rivals LVMH and Kering.

The luxury industry has been hit hard by the freeze in international travel that has kept big-spending Chinese tourists away from the fashion capitals of Paris and Milan. But some of the pain has been offset by wealthy customers treating themselves to luxury goods while many types of other spending remain off-limits during the pandemic.

Hermès, which is controlled by the billionaire Dumas family, did not give any financial guidance for the year. It said this reflected the challenge of predicting the impact of the pandemic as “the scale, duration and geographic extent of the crisis evolve every day”.

To cope with the demand shock from Covid-19, Hermès, LVMH and Kering have sought to cater more to local clientele, while cutting costs, holding digital fashion shows and significantly expanding online sales.

Big luxury conglomerates have weathered the storm better than smaller groups and independent brands because they keep a tight grip over distribution, can cut costs quicker and have more cash to invest in ecommerce and marketing.

Hermès shares have risen 41 per cent in the past year to Thursday’s close, compared with a 31 per cent rise for LVMH and a 6 per cent fall for Kering. They rose 6 per cent in early Paris trading on Friday.

Bernstein analyst Luca Solca said: “Hermès benefits from top desirability across borders, and long waiting lists on its iconic products. The bigger difference with weaker peers is not only better performance in Europe, but also a significantly stronger rebound in Asia.”

Facebook makes a power move in Australia - and may regret it