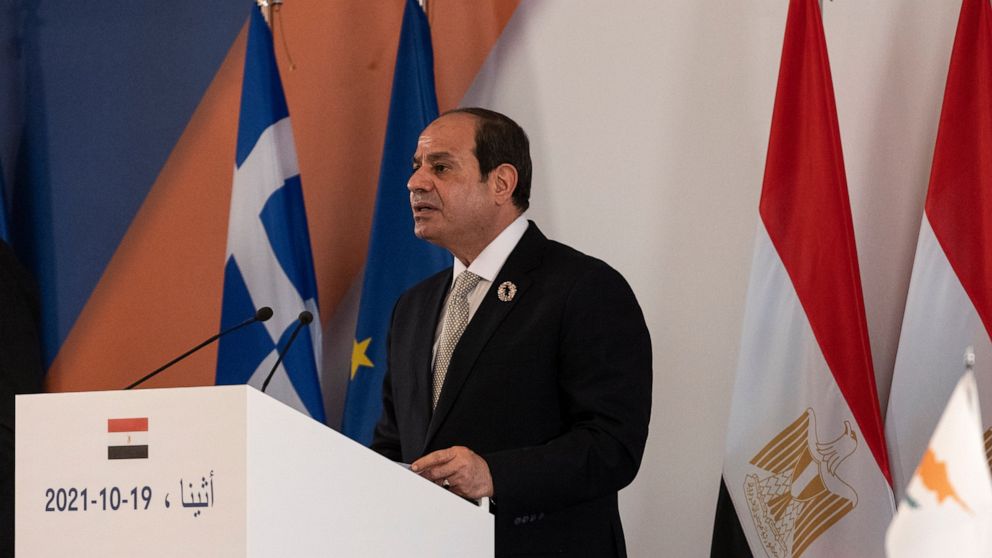 ATHENS, Greece — Greece pledged Tuesday to link Egypt to the European Union’s energy market with an undersea cable that would carry electricity across the Mediterranean.

“(Egypt’s) link to Europe will be Greece,” Greek Prime Minister Kyriakos Mitsotakis said after talks in Athens with Egyptian President Abdel-Fattah el-Sissi. “We are seeking diversification of energy sources, and Egypt can also become a provider of electricity, which will be produced mainly by the sun.”

It comes during a global energy crunch, which has raised the cost of natural gas, oil and other fuels and led to pain for businesses and everyday people. Mitsotakis said the project would be a “bridge between Egypt to Europe, allowing (Cairo) to take on a key role in energy security at a time of major turbulence in the energy market.”

Egypt last week signed separate agreements with Greece and Cyprus to set up undersea interconnectors, though details of the proposed ventures have not been worked out.

Cyprus President Nicos Anastasiades also joined the Athens meeting, marking the ninth round of talks between the three countries’ leaders.

Greece is seeking to expand energy cooperation across the Mediterranean with Egypt and Israel as it remains at odds with neighbor Turkey over sea boundaries and seabed mineral rights.

Mitsotakis accused Turkey of continuing a hostile policy toward Athens over the dispute.

“Turkey’s aspirations at the expense of its neighbors in the eastern Mediterranean obviously represent a threat to peace in the wider region,” he said.

Turkey accuses Greece of making unreasonable demands for maritime exploitation, asserting jurisdiction in areas surrounding multiple islands near its coastline. Athens says it wants to resolve the dispute at an international court.

Earlier this year, Greece completed an energy link by undersea cable between its southern Peloponnese region and the island of Crete.

Is Square Stock A Buy? Earnings Estimates Fall Ahead Of Q3 Report On Cash App Worries