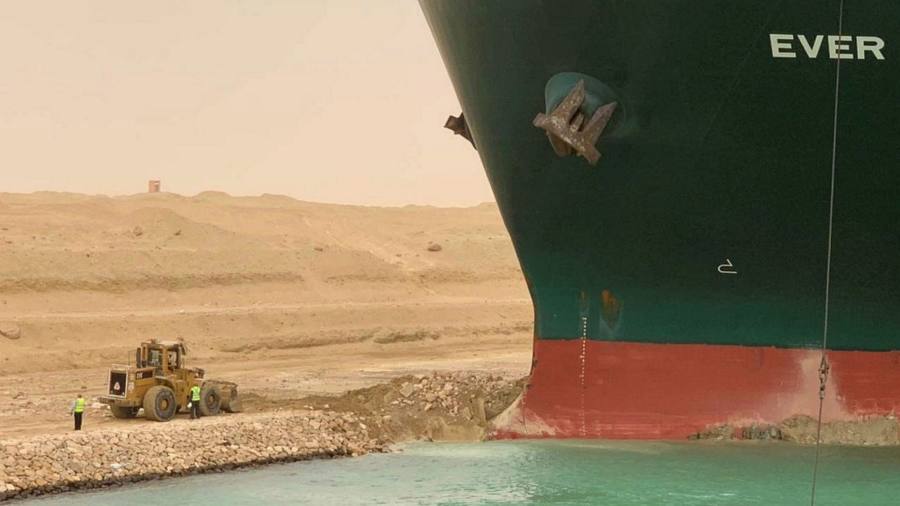 “I’m a joker, I’m a smoker, I’m a midnight toker, I get my lovin’ on the run.” To relax us, the District of Columbia’s health authorities infuse this vaccination centre on the banks of the Potomac with the soft-rock stylings of Steve Miller Band. There I am, post-jab, left deltoid swabbed, so calm as to take Pfizer’s world-changing marvel for granted as it teaches my cells new tricks. But then I have grown accustomed to private-sector feats over the past year. We all have. And that is the problem.

If, in April 2020, someone had given you a preview of the subsequent 12 months, what would have struck you about global supply chains: how badly they fared, or how eerily well? The physical confinement of much of the planet’s workforce “should” have ended consumer life as we knew it. Instead, my Amazon order history for the past year is a brimming souk of earphones, electric corkscrews, masks, Burgundy glasses, phone chargers, Richard E Grant memoirs, hypoallergenic bedding, Sonos speakers, masala chai and ink cartridges, with a mode if not median delivery time of 48 hours. Apple got a MacBook to me in 90 minutes. Nothing I would normally eat or drink has been missing or even rationed in either restaurants or supermarkets, and my tastes tend to the baroque.

These are not wonders unique to a nation that makes a deity of the customer. Though Europe was locked down to an extent and for a duration that Americans struggle to fathom, it scores just as well for sheer availability of stuff. “They have everything,” reports a friend, homing in on the core food groups at a reopened tapas place in Marylebone. “Argentine rosé, quince tart, dulce de leche. The private sector has surpassed itself.”

And so, in profound ways, it has. The past year is going down in received opinion as a chastening one for globalisation. Shortages, some of them in goods as life-or-death as personal protective equipment, warranted that view early on. The more recent crisis in semiconductors and other business-to-business gizmos is a drag on the recovery. But the fact that it is easy to name most of these pinch points attests to their relative rareness. Relative, that is, to both the sum of products in the world and to popular expectations as the pandemic started.

In most problem areas, supply caught up with freakish demand, which is why masks are no longer truffle-rare. And even while the blockages remained, they did not prima facie discredit the system entire. For that, you have to believe that things would have been better in a more autarkist world. You have to believe that nations would have stored up essentials or the means of making them to meet a once-in-a-century contingency. What sweet faith.

The immediate lesson of the pandemic was the frailty of modernity. The ultimate lesson might be its underrated resilience. We have lived through, and in too many cases failed to live through, a world-historical trauma. But we have also seen miracles of robustness and ingenuity, and they go well beyond bioscience to the very webbing of the economy. It is not complacent to say so. The opposite — pessimism about the system — is the real invitation to future trouble.

In the first episode of Civilisation, Kenneth Clark at his most languid gives a few reasons for the fall of the ancient world before majoring on one. “Confidence,” or rather the loss of it, is what he says undid Rome. Without “belief in its philosophy”, a culture becomes suggestible to outside subversion, its own foolish experiments or just decline through neglect.

Globalisation — though Clark would have loathed the desiccated term — has been the philosophy of the greater part of the world for the greater part of my lifetime. After a year-long stress test in which it scored more respectably than all but the serenest optimists could have hoped, the result is Buy American, Just-in-Case and the conflation of a slapstick farce in the Suez Canal with some inner sickness of the world order. As confidence wanes, don’t be sure that the result will be a wisely reformed system, or anything so coherent as a system at all.

How to Buy Pfizer Stock (PFE)