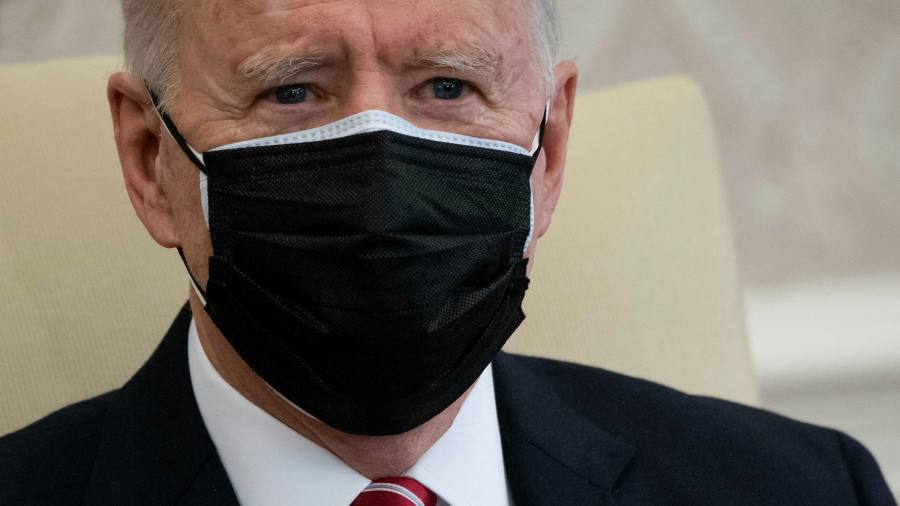 Joe Biden and leaders of the G7 group of rich democracies will on Friday vow to boost vaccine supply to the developing world, although divisions remain over the speed at which the west should share “surplus” doses.

Boris Johnson, UK prime minister, will host the virtual meeting, which will focus on the fight against Covid-19 and efforts to tackle climate change. China is also expected to be discussed.

It is the first meeting of G7 leaders since April and the first attended by Biden since he became US president. Under Donald Trump the G7 was a largely ineffective and sometimes fractious forum.

But Biden’s decisions to rejoin the World Health Organization and the Paris climate accord — which the US will re-enter on Friday — have raised hopes that a multilateral approach can start to deliver results in both areas in 2021.

This week Emmanuel Macron, French president, said Europe and the US should urgently allocate up to 5 per cent of their current vaccine supplies to developing countries where Covid-19 inoculation campaigns have scarcely begun and China and Russia are offering to fill the gap.

In an interview with the Financial Times, he said: “The enemy of multilateralism as we speak, now that we have American re-engagement, is slowness and ineffectiveness.”

Johnson, who hosts a G7 summit in Cornwall in June, will urge leaders to step up efforts to vaccinate the developing world against Covid-19. In November he will also host the UN COP26 climate conference in Glasgow.

At Friday’s G7 meeting Johnson will urge rich countries to back a new 100-day target for the development of vaccines for future emerging diseases.

The UK has ordered more than 400m doses of various Covid-19 vaccines, so many will be left over once all adults have been inoculated. Johnson wants surplus vaccines to be given to the developing world.

A UK government official said well over half of the country’s excess doses would go to Covax, a WHO-led initiative intended to ensure equitable global access to coronavirus vaccines. The UK government has donated £548m to the scheme.

Johnson will urge the G7 to further increase funding for Covax. In December, the US pledged $4bn to the project.

But the Biden administration indicated it would not donate any coronavirus vaccine doses to developing countries until there was a plentiful supply of shots in the US, in a firm rejection of Macron’s proposal.

“Our current focus is on vaccinating Americans, getting shots in arms here,” one official said during a briefing with reporters. Another official said Biden had asked administration staff to explore options for donating “surplus” vaccines “once there is a sufficient supply” to meet domestic demand.

However, the second official said the US would make $2bn of funding available to Covax “almost immediately”.