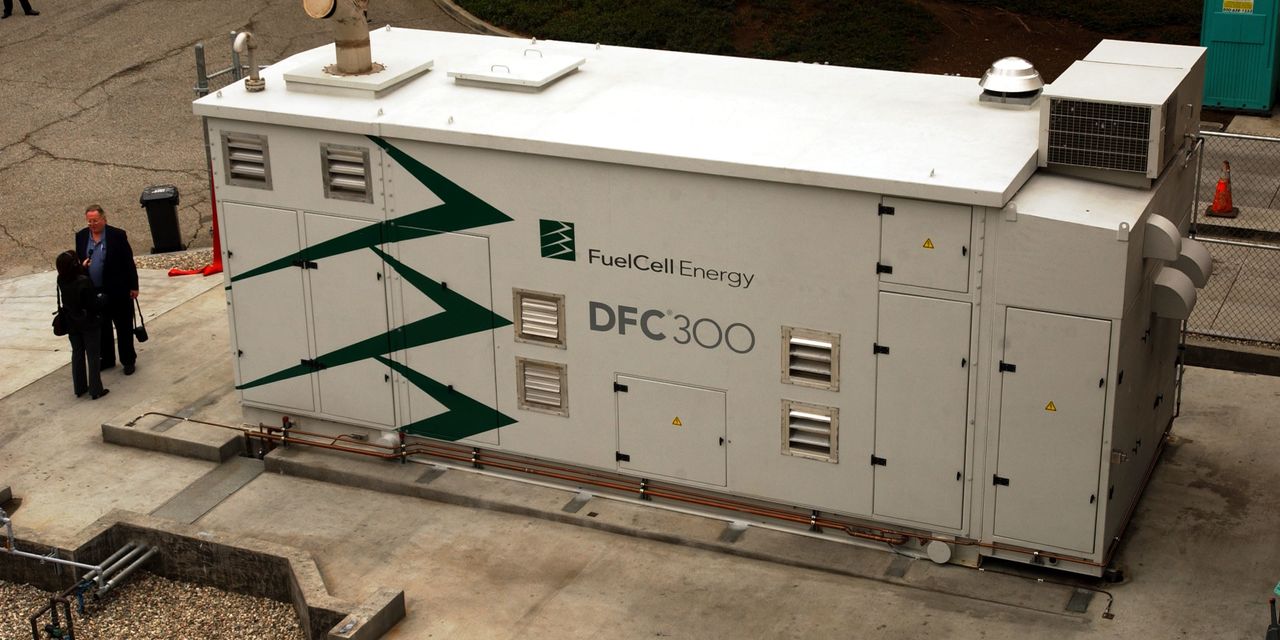 The company
FCEL,
+13.17%
reported before the opening bell net losses for the quarter to July 31 that narrowed $12.8 million, or 4 cents a share, from $16.1 million, or 7 cents a share, in the same period a year ago. That beat the FactSet consensus for per-share losses of 5 cents.

That snaps a seven-quarter streak in which the company reported losses that were wider than expected, according to data provided by FactSet. The last time FuelCell beat bottom-line expectations was the second-quarter of 2019.

Revenue rose 43.2% to $26.8 million from $18.7 million, above the FactSet consensus of $21.1 million, boosted by a $7.2 million increase in service agreements and license revenue. That was the biggest revenue beat, in terms of the percent above expectations, in two years, according to FactSet.

The stock rocketed as much as 34.2% in intraday trading before paring gains to be up 17.7% in midday trading.

Volume spiked to 172.3 million shares, compared with the full-day average of about 17.5 million shares, and enough to make the stock the most actively traded on major U.S. exchanges.

“The global energy transition continues to accelerate, and we believe FuelCell Energy is positioned to answer these opportunities with our patented portfolio of platform solution,” said Chief Executive Jason Few.