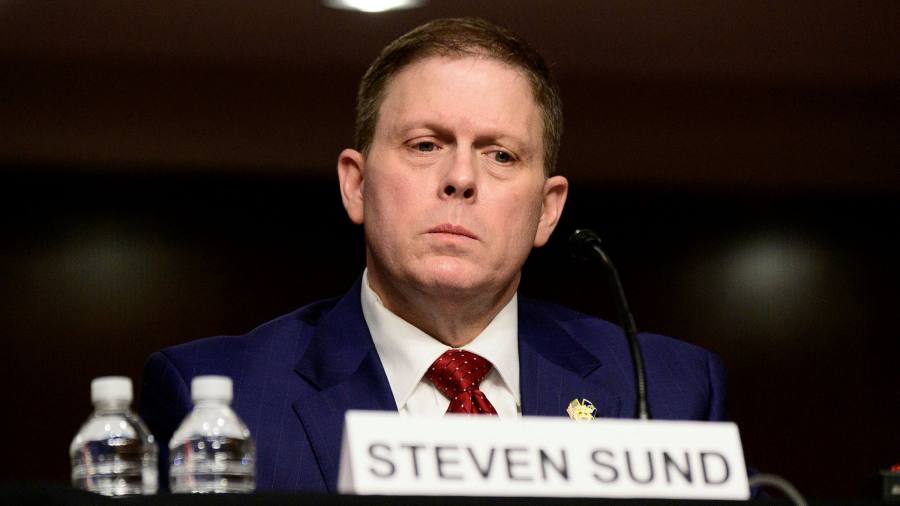 Security officials in charge of guarding the US Capitol during the January 6 riot said they did not see an FBI memo warning of potential domestic extremism before the deadly attack.

The former security officials cited a failure in intelligence sharing between law-enforcement agencies during testimony in the first public hearing on the storming of the Capitol by a pro-Trump mob, which left five people dead and resulted in scores of criminal charges.

All three former officials and Contee confirmed that they had not seen a memo issued by the FBI that outlined plans by extremists to descend upon Washington ahead of January 6.

Contee said the alert from the FBI reached the Metropolitan police’s headquarters via email at 7pm on the evening before the riots. “I would certainly think that the violent insurrection of the Capitol would warrant a phone call or something,” Contee said.

Sund also confirmed that when the Capitol was breached, he was “not aware of that memo”, although he said he had since become aware it had reached Capitol Police headquarters.

An earlier report by The Washington Post outlined the FBI’s memo, which was compiled in a field office in Norfolk, Virginia, saying that it detailed violent threats to breach the Capitol made online.

However, Sund stressed that the information was “uncorroborated” and “raw”, and “not fully vetted”. He added that the police were prepared for broader violence across the city that day, as thousands of Donald Trump’s supporters descended on Washington to support his failed bid to invalidate the presidential election results. Some of those implicated in the riot were armed or have been linked to extremist groups or views.

Sund, Irving and Stenger all resigned following the January riot.

In Tuesday’s congressional hearing, Sund and Irving also clashed over precisely when back-up from the National Guard was requested during the hours-long assault. Sund said he issued a request to Irving at close to 1pm, but Irving insisted he did not receive the request until an hour later.

The failure to secure to Capitol has infuriated lawmakers, many of whom have said they feared for their lives. The hearing is part of a planned investigation into how the breach occurred.

The US Capitol Police force has come under particular pressure over whether any of its officers played a role in aiding the violent mob storming the complex.

The Capitol Police’s inspector-general, a watchdog that reports directly to the force’s board, has suspended all other work to focus solely on conducting a sweeping review of the force. At least six officers have been suspended since the riot.

SPACs Are Selling Off Along With Everything Speculative